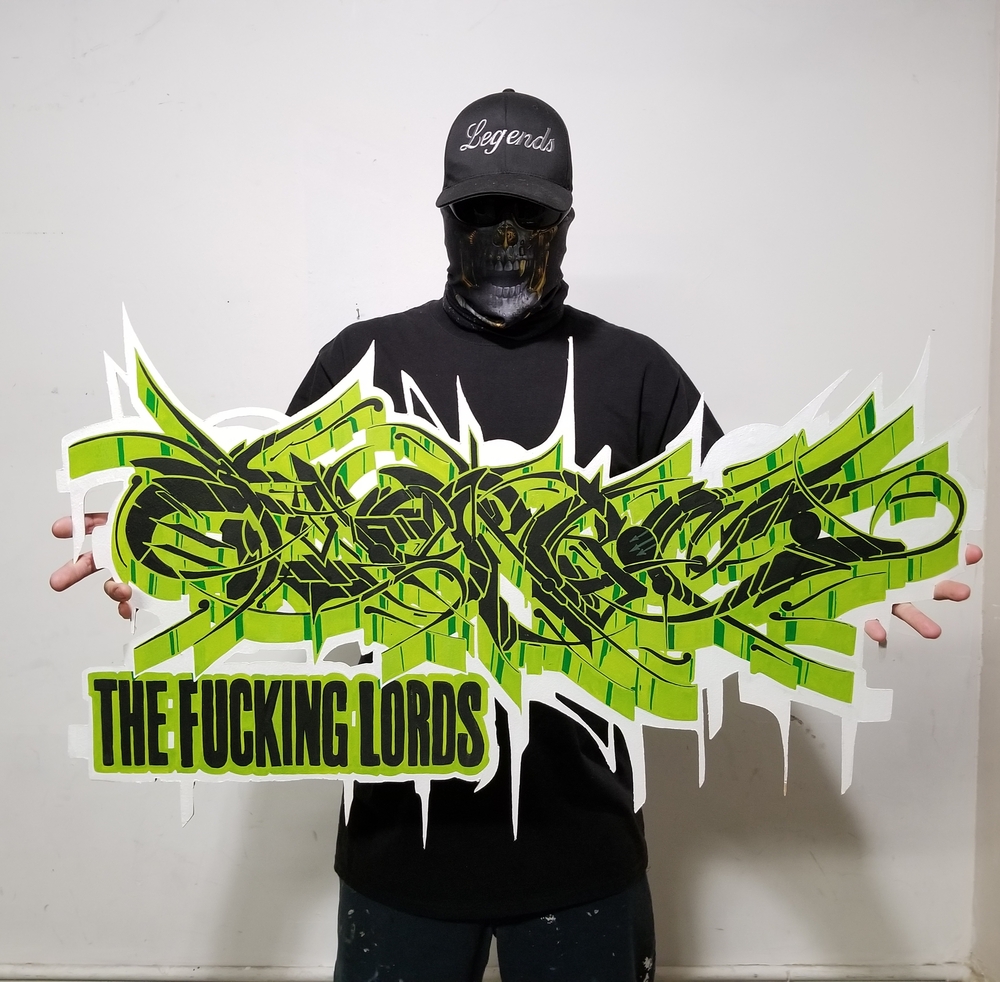 All I ever wanted to be was a stand out artist. I don’t want to have the same letters as the next writer, Originality is key. In some ways, in some moments, I have achieved it, even if it was only for a moment, though the mission is never-ending and there is always room and time for improvement.

With the exception of living in Mexico for a few years, I am a Northern California native, from the Bay area to the Central Valley. Like some, i was a lost toy in the beginning, with more passion than talent, I was fucking up left and right but my intentions were never malice. It wasn’t til Kajmear took me under his wing that I began to understand the graff culture better. This was around 1997. He was rocking with LORDS at the time and his letters style back then still burns most people today. I hooked up with the writers around my way who were rocking the Another Legend Born acronym. I always felt honored to be painting with them! Influences back then were numerous! Starting with my friends and crew mates who always encouraged me, to writers and crews in my city… Hocus, Wicks, The LORDS crew… they were doing crazy complicated top to bottom burners that were super long! It was amazing. I wanted to burn that same way.. I love long, complex pieces. Thomas 7000 had the best burner in my town. It was a New Wave style and I loved the long complexity of it and the maturity of the colors… it was a fucking diamond! Then when the internet started bubbling, Artcrimes.com was a game changer. We could see what people all over the world were doing! Surfing their site, It was impossible for me not to catch the 3D bug. Loomit was a major influencer, Daim, Dare from Switzerland, Krush from AWR in Los Angeles…

I attained a graphic design degree but pursued a fine art degree afterwards. I had already begun publishing REFUSED, a full color art/graff zine, but I was continuing the university road. It was in college in the late 90’s that i was introduced to the work of Frank Stella, Ellsworth Kelly, Elizabeth Murray. The idea of cutting and shaping wood out of my pieces really sparked from them. I was still developing wildstyle lettering, and 3D pieces at the time. I had seen what Saber had done with the Twisted Metal pieces and also his wood box, wood cut pieces, and I had also seen the metal work of Mare 139, so I felt that I was working on something original with my style of wood cuts and style of 3D graff.

The idea was to create 3D wood cutouts, I don’t think people were pushing that at all when i started. At first there were a lot of people who were confused by my work. In pictures, they thought it was photoshopped or that the actual shadows were painted shadows… It wasn’t until out of frustration that I began to pose with my paintings, holding them in my hands and posing with my work that people began to understand they are Shaped, Hand Cut pieces!

Amazing artist Chase Tafoya was the first person who commissioned a piece and work began to snowball from that point. I was commissioned by Tattoo artist Ryan Mullins, Music Producer Kenny Segal and Glassblower extraordinaire Mike Shelbo to name a few. Super blessed!

I decided to change my moniker to Fyerbom (Firebomb) a few years ago. A weapon used by working class people to revolt against a government who oppresses its people. I doubt any other graff head writes it. I switched up the spelling for that reason. I am truly honored to be given this air time to share my work. Much respect to Bombing Science! Rest in Peace to Lord Bisr, Jozer, and Bugs. 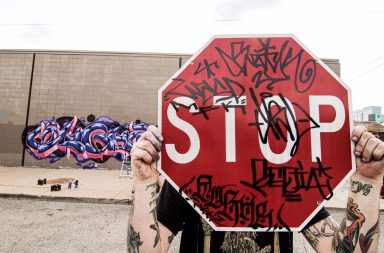 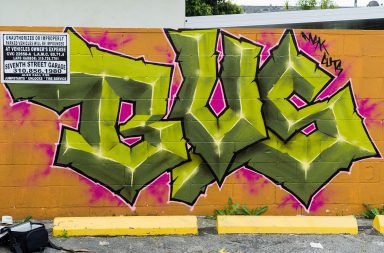 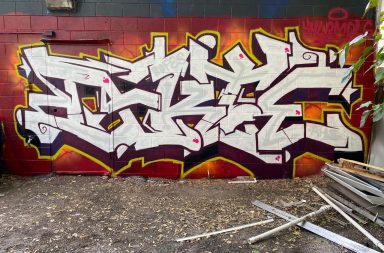