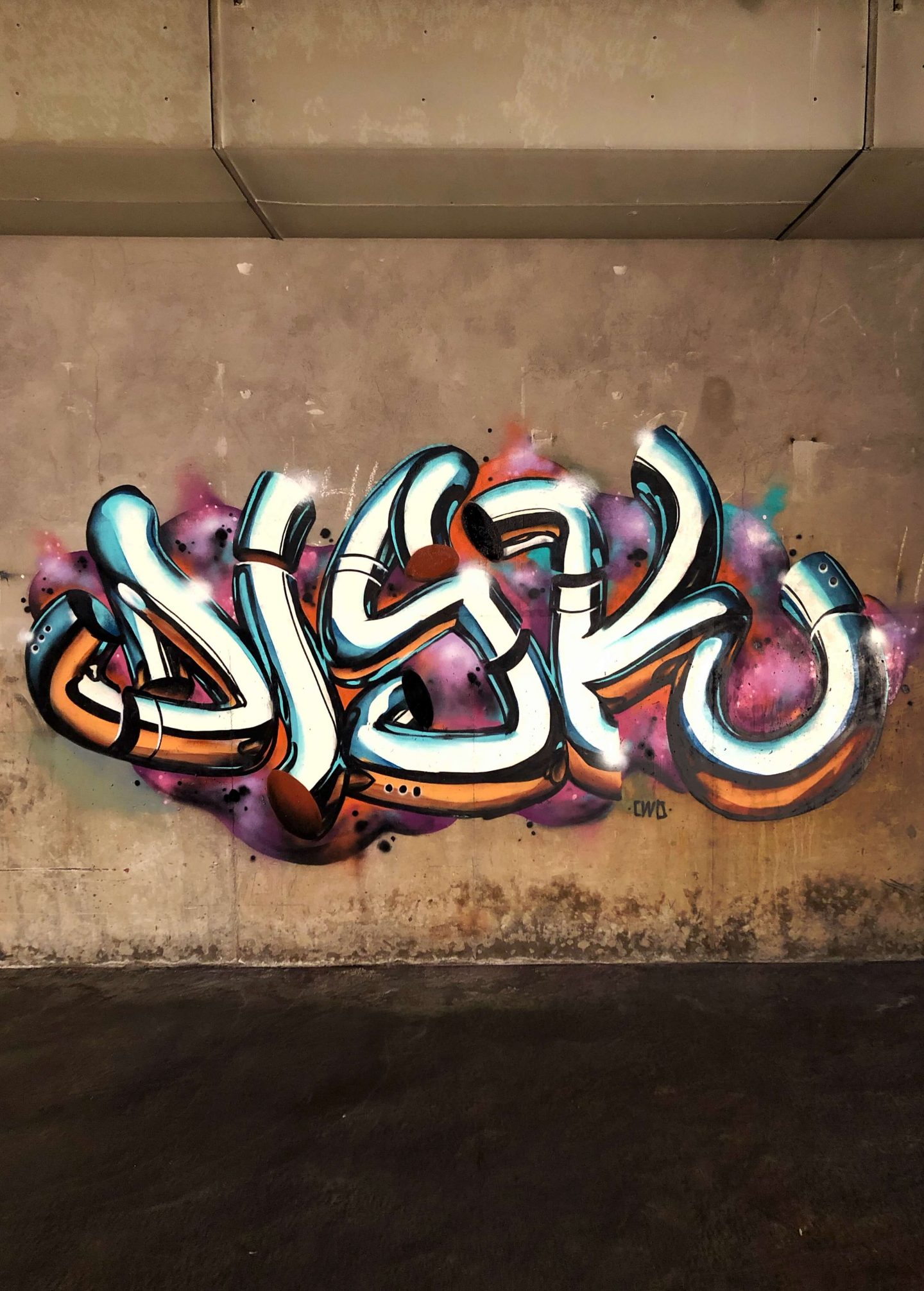 I actually started as a breakdancer, but after seeing the movie Style Wars and the book Subway Art, graffiti became a huge part of my life and still is.
(My first pieces were actually really bad, and I didn’t do anything decent looking until maybe 1988, tbh…)
I’ve been in a lot of crews throughout the years, but crews has always been more of a friendship thing to me more than anything else, and today I mostly represent CWD (Compulsive Writing Disorder).

Soooo much have changed – for both good and bad. The biggest thing is of course internet, where you can find almost any graffiti today with a simple click, but the negative part of that is that it in some way takes away some of the mystery that used to surround graffiti – the awesomeness of finding new pieces or getting a new photo of a Chrome Angelz piece from a friend in Paris.
Another big change is the commercialization with graffiti specific paints and merchandise. And this is just a good thing to me – not having to bother with dividing time between painting and racking spray paint makes it easier to focus on just painting.
And sure, graffiti has definitely grown in ways I would never have anticipated, but regardless of new awesome techniques and amazing creative ideas, there’s always one thing that a graffiti piece must have to be interesting to me – and that’s style. To me it doesn’t really matter if it’s a full blown colour burner or a quick silver piece – it’s the style that makes it good.

II see you mention on your bio on Instagram that you’re also a illustrator. How long have you been working as a illustrator and how has your work as a graffiti artist helped you stand out as a working artist? Is mural work a part of what you offer as a service?

I’ve been illustrating all of my life, so doing it commercially has always been natural for me, and I think graffiti has helped me a lot in all my creative work.
I definitely do commercial murals, but tbh, I actually prioritize my own ideas and walls over commercial work.

Hm, that’s a tricky question actually … first we have to define what ”successful” is, and I’m not sure I’m the right writer to answer that, as I paint mostly for myself and my friends. In fact, I’ve missed a lot of opportunities at success because I’m not that interested in the selling part of myself as an artist, tbh. (I should probably get an agent).
But if I had to answer, I would probably say that promotion is a huge part of being successful (besides talent), and I think you have to see yourself and your art as a product that should be promoted as much as possible. It sounds a bit cheap or ugly talking about art in this commercial way, but I think it’s the simple truth today.

So outside of doing graffiti and illustration, I see you also sell directly to your followers through prints. This is a aspect of graffiti that I don’t think other artists take advantage of enough. Is this sort of diversity necessary to have a fulfilling career as an artist? How do you plan on expanding your business in the future?

Yeah, I do sell prints and I also occasionally sell cheap artwork under a theme I call Affordable Art, which is basically just my art for really low prices, to make it easier for fans to get their hands on my art, regardless of the size of their wallet. Other than that I do have some (unfortunately secret) upcoming projects with new work.

I love your huge Vanilla Ice piece and david bowie pieces! What kind of music do you listen to when you paint? How important is music to what you do daily?

I’m really into all kinds of music, tbh (not Vanilla Ice, tho), everything from Iron Maiden and Led Zeppelin to Mike Oldfield and LL Cool J. I grew up listening to both hiphop and heavy metal, but I really like so many different things.

My biggest inspiration in the beginning were of course all the New York writers, Dondi, Seen, Blade, Kel 1st, Skeme, etc. mixed with local graffiti masters like Staff, Jack Nepacha, Just One, Dudez, Cascade, Craz and in the later eighties I really liked the European scene with Bando, Zaki, Pride and Mode 2 from the Chrome Angelz, and Shoe and Delta from Amsterdam. I also had a real soft spot for Danish style masters Kyle, Freez, Zenith, Whap Gang, Sketzh, Dimmer and Cres.
Today my inspiration comes mostly from my family and friends. But also looking at old graffiti and getting into the old styles.

I’m living in Gothenburg, at the west coast of Sweden, and most of my work is done here, but I’ve traveled around in Europa and of course painted a lot of other places.
I have plenty of crazy travel stories, with chases, angry police, etc. but one of the most odd was when I was painting in a picturesque part of Exeter out in the English countryside, way back in 1994. Together with my girlfriend at the time, I found a cool spot under a bridge in the middle of nowhere, just grass and trees as far as you could see, so it seemed like a perfect spot. So I started to paint and everything was going fine, and suddenly I hear a ”Baaa”. I turn around and see a sheep looking at me. Kinda funny, I thought and continued painting. After a short while I hear another and louder ”BAAA”. Again I turn around and this time there were a couple of sheeps closing in on me. Still funny, but then I start to look around I see that the sheets weren’t the only ones, it was the whole flock coming right at us, and eventually we just had to get out of the way – this were their place and they grouped together under the bridge and basically pushed us out. It was really funny and weird.

Do you have a long term plan for what you’re doing now, or do you just go with the flow? What is the next project you’re involved in that you can talk about now?

No plan, I just go with the flow, picking up projects along the way.

First a shoutout to Svea and Klara and the Jelz Crew and of course all the people in my crew CWD; Sletz, Hose, Hon, Roxes and Voice.
(Small shoutout to Dwaiz, Hank, Inker, Patch, Dudes, Just One and all my other painting buddies!) 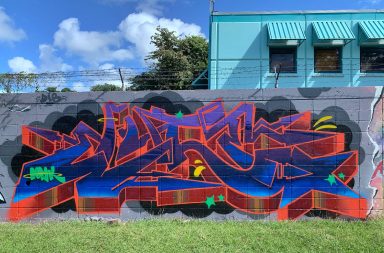 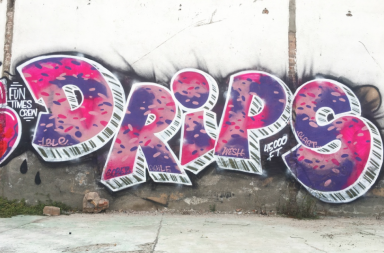 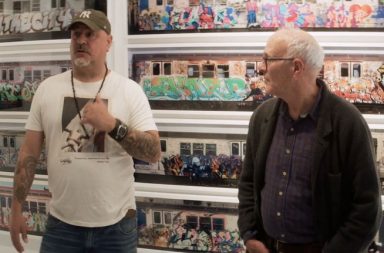 Graffiti Video : Art Vs. Transit – The Photography Of Henry Chalfant