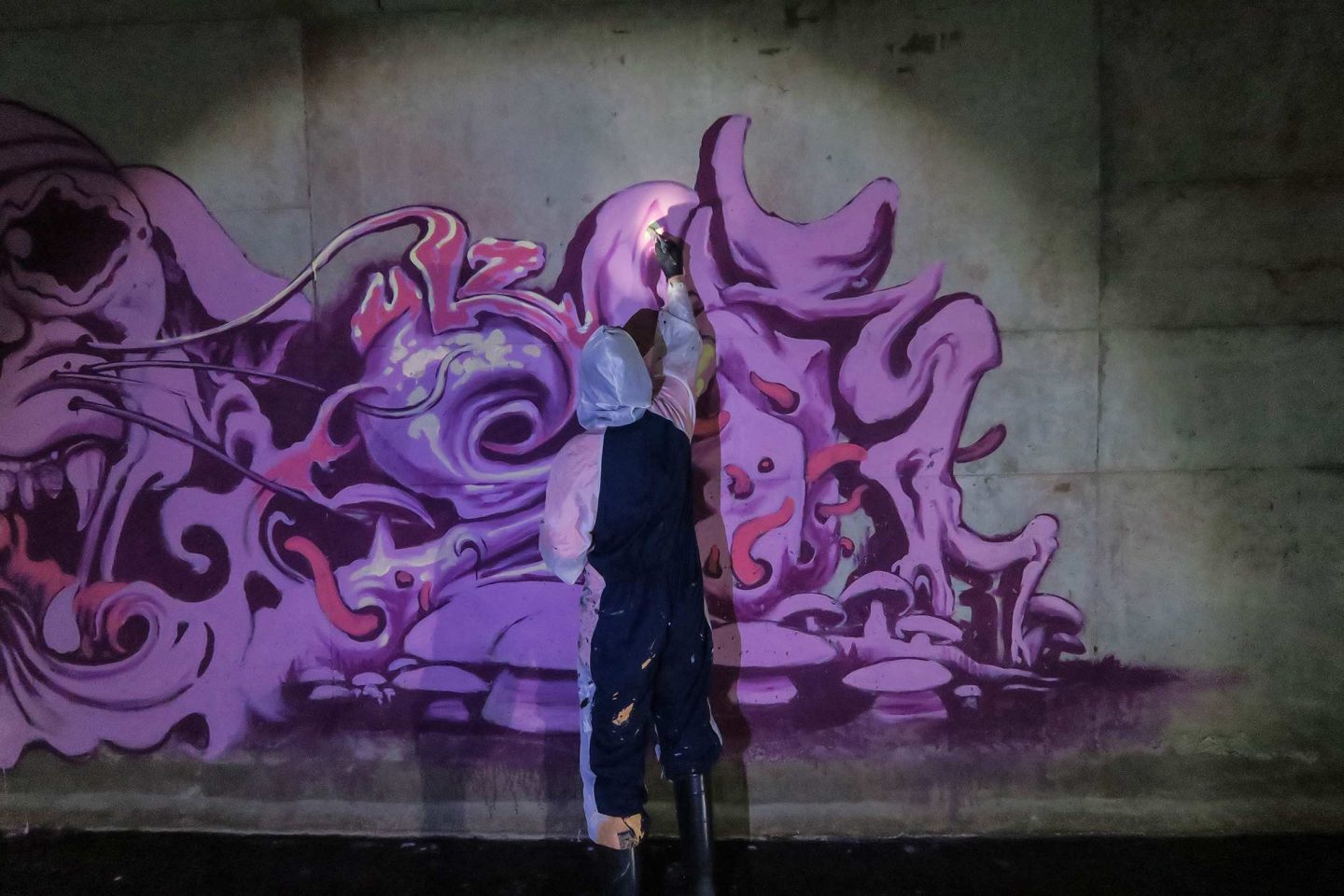 To be driving down Los Angeles freeways and see full color pieces from the YR crew on heavens, billboards & building ledges was mind blowing. That the writers, the messengers of truth got over on the system so hard, you had to celebrate it. Esk & YR crew made forgotten parts of Los Angeles, the grimiest underbelly into beautiful galleries. A true “rose that grew from concrete” type of vibe, and I mean that literally. A visual revolution of your senses because what they pulled off year round, will be etched into the history books forever. 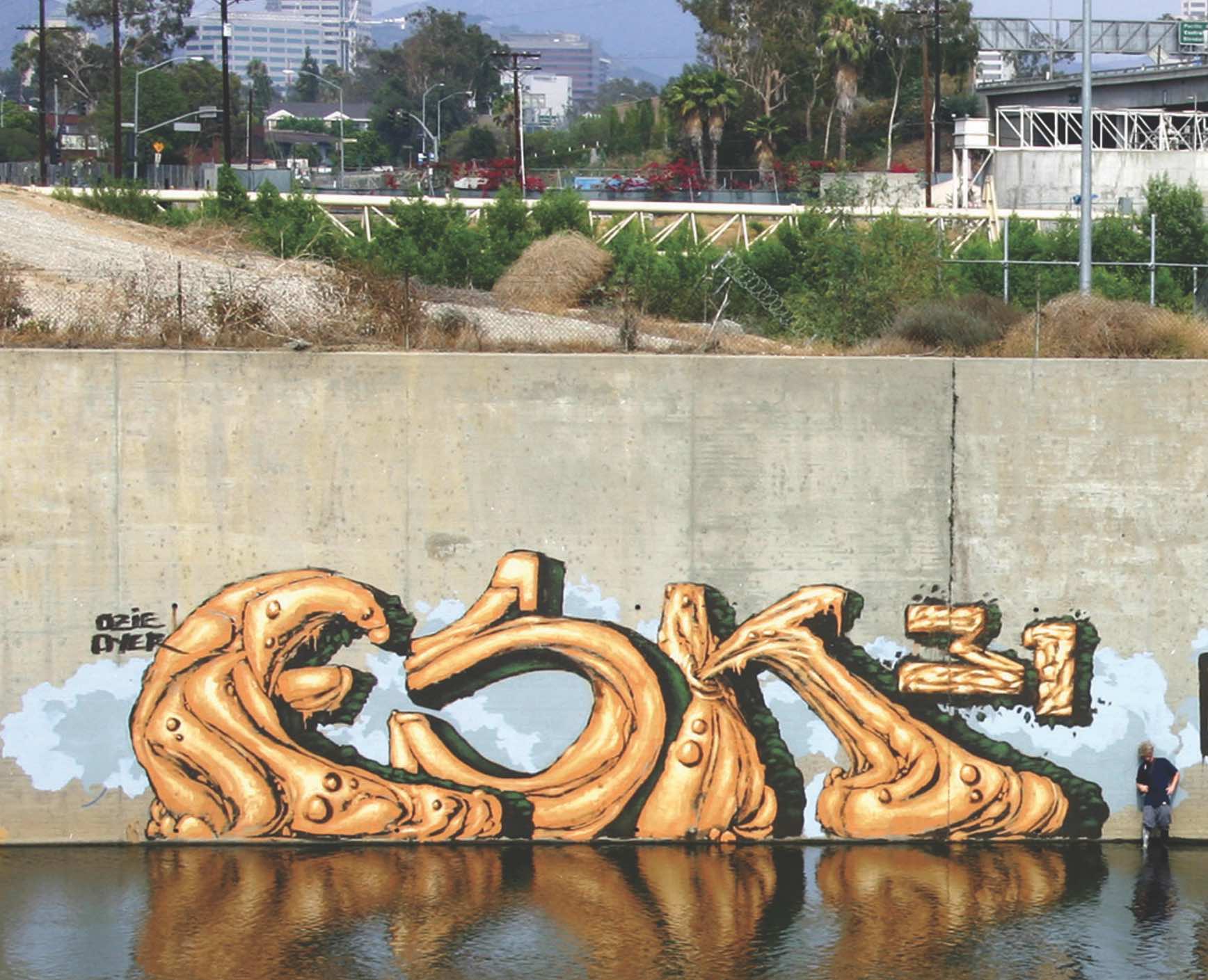 I’m not familiar with your early days as a crew or individually, but it seemed like all of a sudden YR was everywhere crushing the most prolific spots. Full pieces on heavens, bridges, just the craziest spots. Tell me about that time for you.

Esk 31:  I started writing in the beginning of 1992. I was a complete toy and was figuring it all out from then until 94/95. I was mostly tagging on buses and attempting pieces and throw ups in drains, yards and out of the way spots. I met USE in Hollywood in 93/94 and we were both trying to push further on pieces and paint more consistently. Use introduced me to SER who is from northeast LA. Then I met the valley guys. I met BEATL first then we met OZIE (HAWK at the time) in 95. I had known BIG5 from before. He was a few years older than us so he schooled us in  a few things especially trains. Ayer was a Mid-City guy and got in in 96. The last guy to get in YR Was CAPS in 97 after that we closed the books. There were a few others who were in for a bit but these were the core members. I guess I was the connection between all of us. We never had a main head we always kept the crew small and democratic. For the most part we kind of kept to ourselves and just focused on painting instead of the scene. The goal was always to try and go a little further every time. We were looking back at writers like CHARLIE DTK, MAK, KSN, STN, K2S, SH, LOD, SMD, UTK and a few others. We were coming out of the tag banging years and a couple YR members were still in tag banging crews when they got in. We really just wanted to see pieces on freeways again like in the late 80’s and OZIE was the big motivator that made that happen. There’s a million stories and a bunch of stuff we never got photos of. At the time we thought we missed the most exciting era in graffiti but looking back we were right in the middle of it. 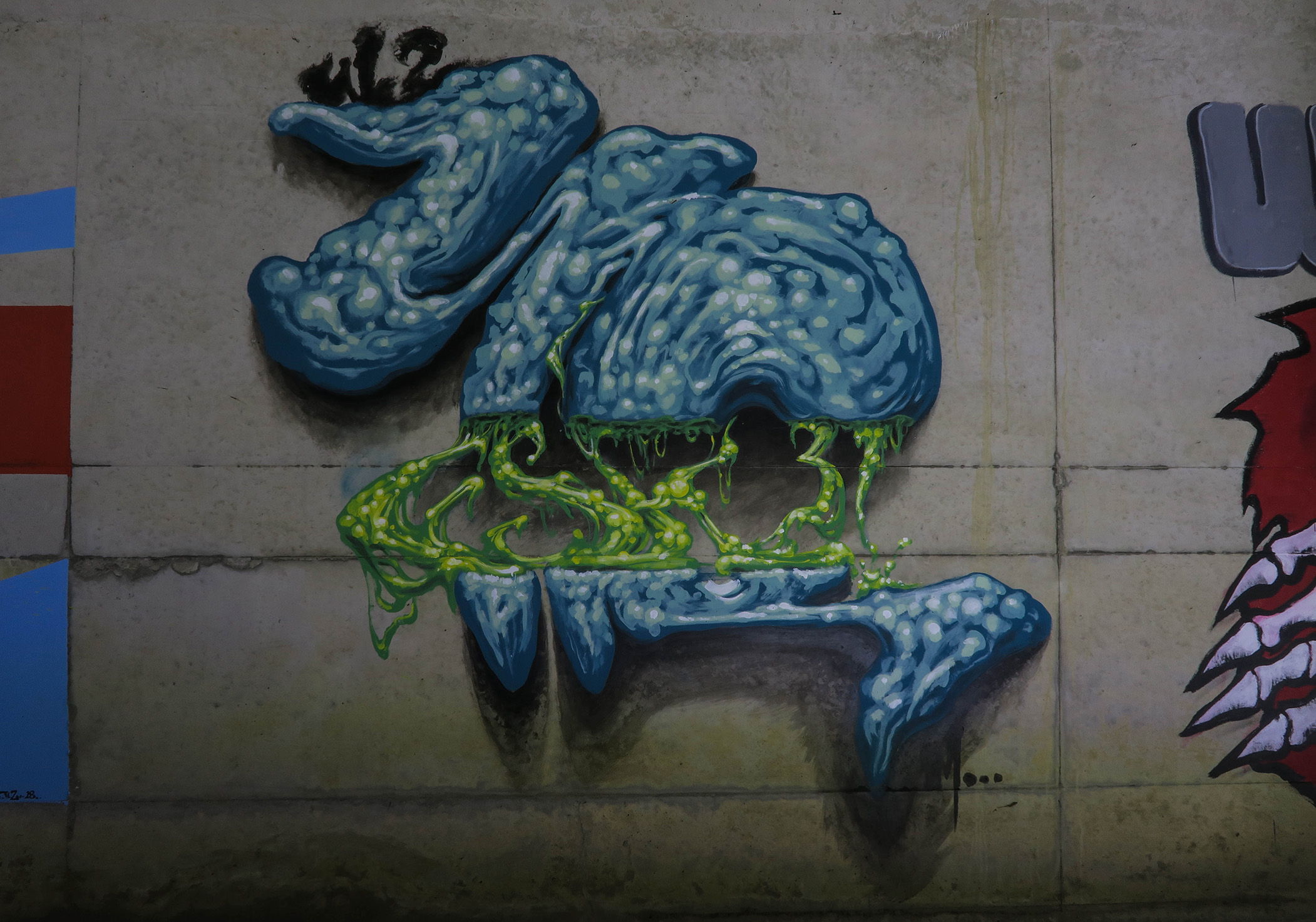 To be honest I just got tired of trying to do perfect straight lines and holding my breath every time I did a highlight. I used to call it the dirty style. LTS was already killing with the impressionist/choppy style so I went more towards natural movements. At that age I was in high school soaking up the surrealists and old masters at the school library. There’s so much funky shit in old books and most of it is textured. I didn’t want to do plastic glossy letters. I remember a few BASH pieces that had some organic elements also SACRED COI, and a few more I can’t think of. Had some cool organic styles that always stood out. Straight letters aren’t that fun to me and if you aren’t having fun doing graffiti then what’s the point. To me nature’s always going to have the best color schemes and shapes no matter what.

Your art makes me think you already painted or drew as a kid, that you had an artistic foundation before you started writing. What inspired you to start painting graffiti?

I wasn’t a good artist as a young kid. I would occasionally try and copy album covers or skateboard graphics but that was it. I started writing right when I turned 13 and graffiti is what got me interested in other kinds of art and made me get my shit together. At the time there was mystery and secrets that you had to seek out to learn graffiti… that’s what pulled me in. 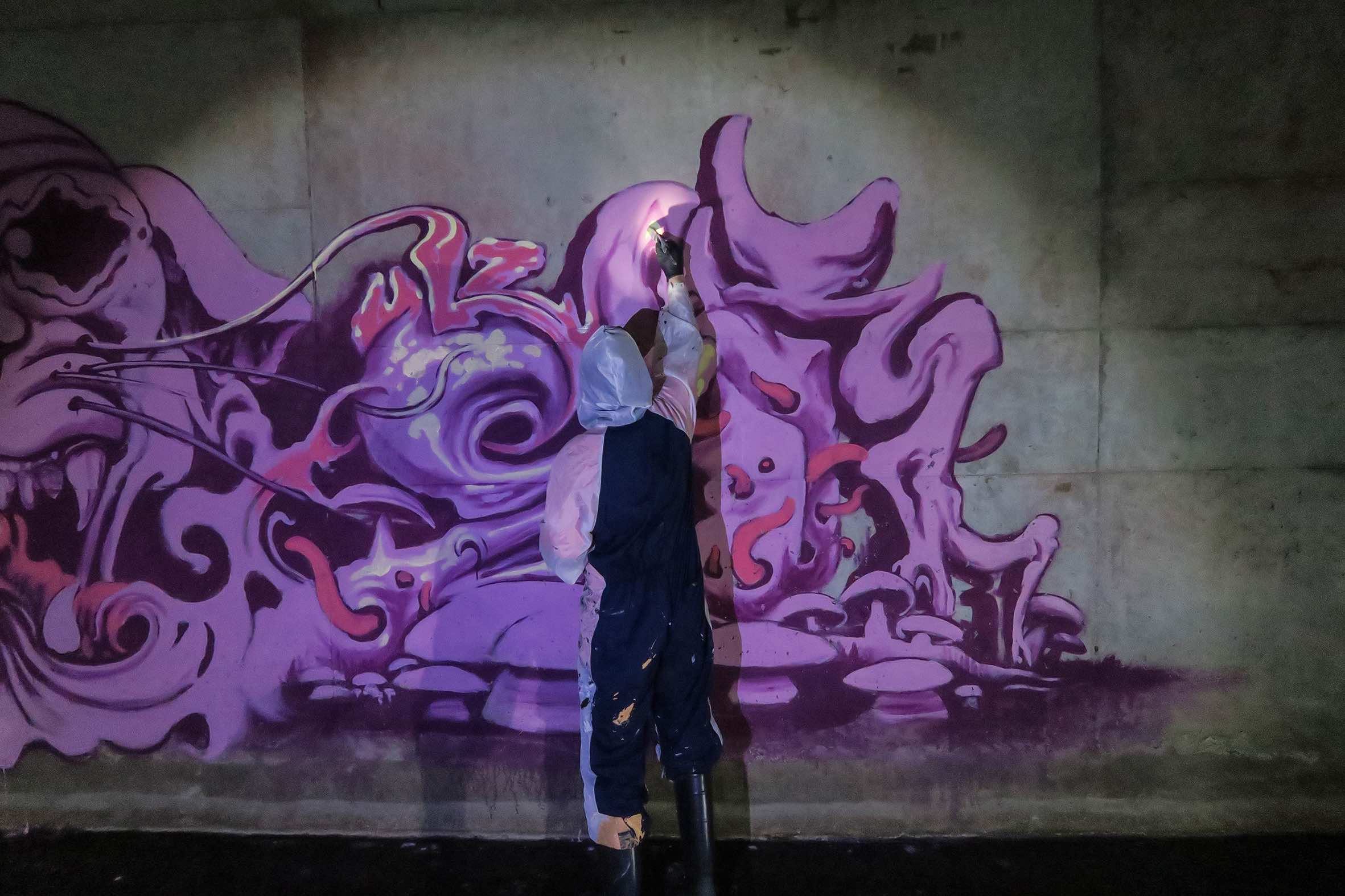 When I first started seeing your work, it was you & Caps killing the LA river and other places with those large textured rollers. What images come to mind when doing large detailed rollers in one of the dirtiest & craziest places in the world?

Late 97 me and USE we’re walking the river in downtown looking at all the old pieces and tags on unbuffed concrete and I realized this is where I want to do pieces instead of yards. I have always liked painting raw concrete and this was it. At the time I thought those pieces would run forever, same thing with bridge rafters we painted back then but I guess in the long run you can’t beat the buff. 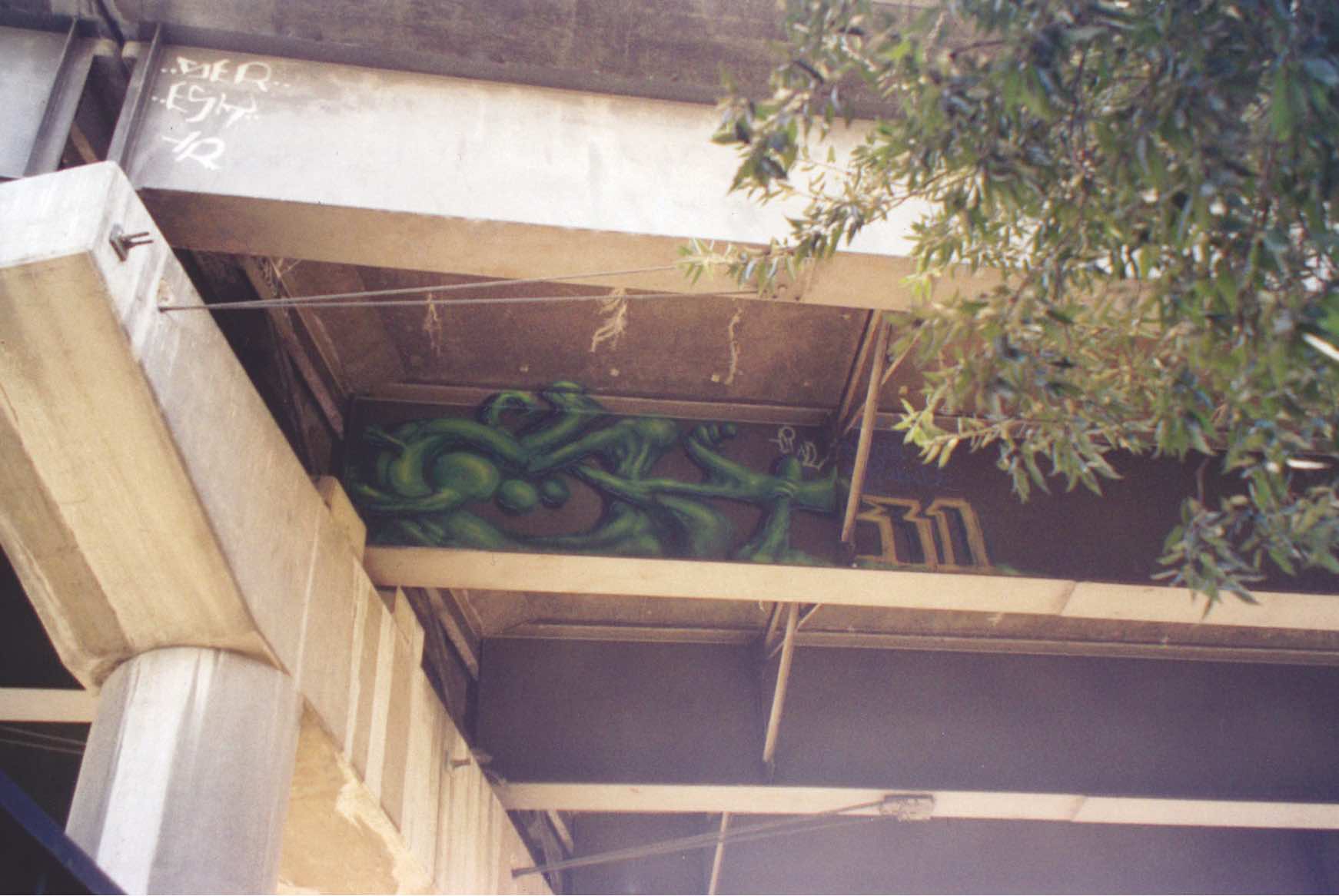 As crazy as the LA river was/is, I always found it to be a sanctuary when I painted there at night. Mad spooky but so beautiful at the same time. “The rose that grew from concrete” type of vibe. Any interesting stories come to mind?

I helped a little bit on this book called the Ulysses Guide to the Los Angeles River. The book gets into heavy detail about the life and art in the river along with some good bombing stories. It was worked on in the early 2000’s (before the buff) and published in 2008. Tons of crazy shit happened down there and still does. I always felt like I was isolating myself while still being in the heart of the city. I got comfortable and would pick out spots where I could do something cool. Late 90’s we started using the boots to get spots in the water that were untouched. It was a fun time and it felt like there was a lot of freedom to do whatever you wanted down there. 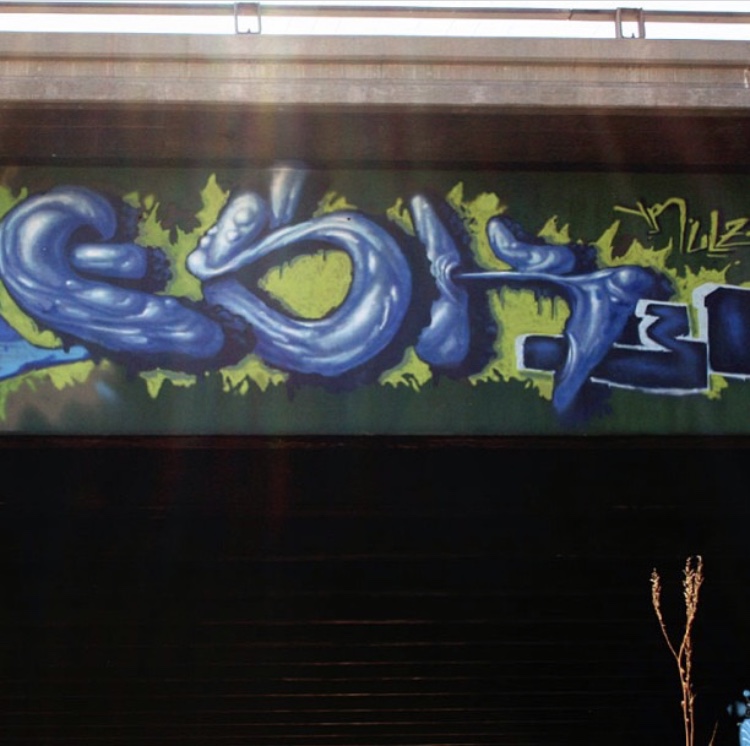 It’s sick because as developed as your artistic vision is, you chose the streets, trains & tunnels as your canvass instead of confining your vision to a gallery. True revolutionary action! The legendary Ayer rest in power, was from YR. What was it like painting with him & being in a crew together?

I wish I had got to spend more time with AYER but I’m glad I got to know him. The last time we talked was over the phone. He was telling me about the buildings they were hitting downtown and I was trying to get him down to the river. A week or two later Retna called me to let me know he was gone. Ayer was such a larger than life, energetic type of dude that it was kind of hard to believe he was gone. Some people die and they’re stories get exaggerated in to martyrdom but I can honestly say that’s not the case with Ayer. I wish he was still here painting with us but he packed a lot of living into the time he was here. 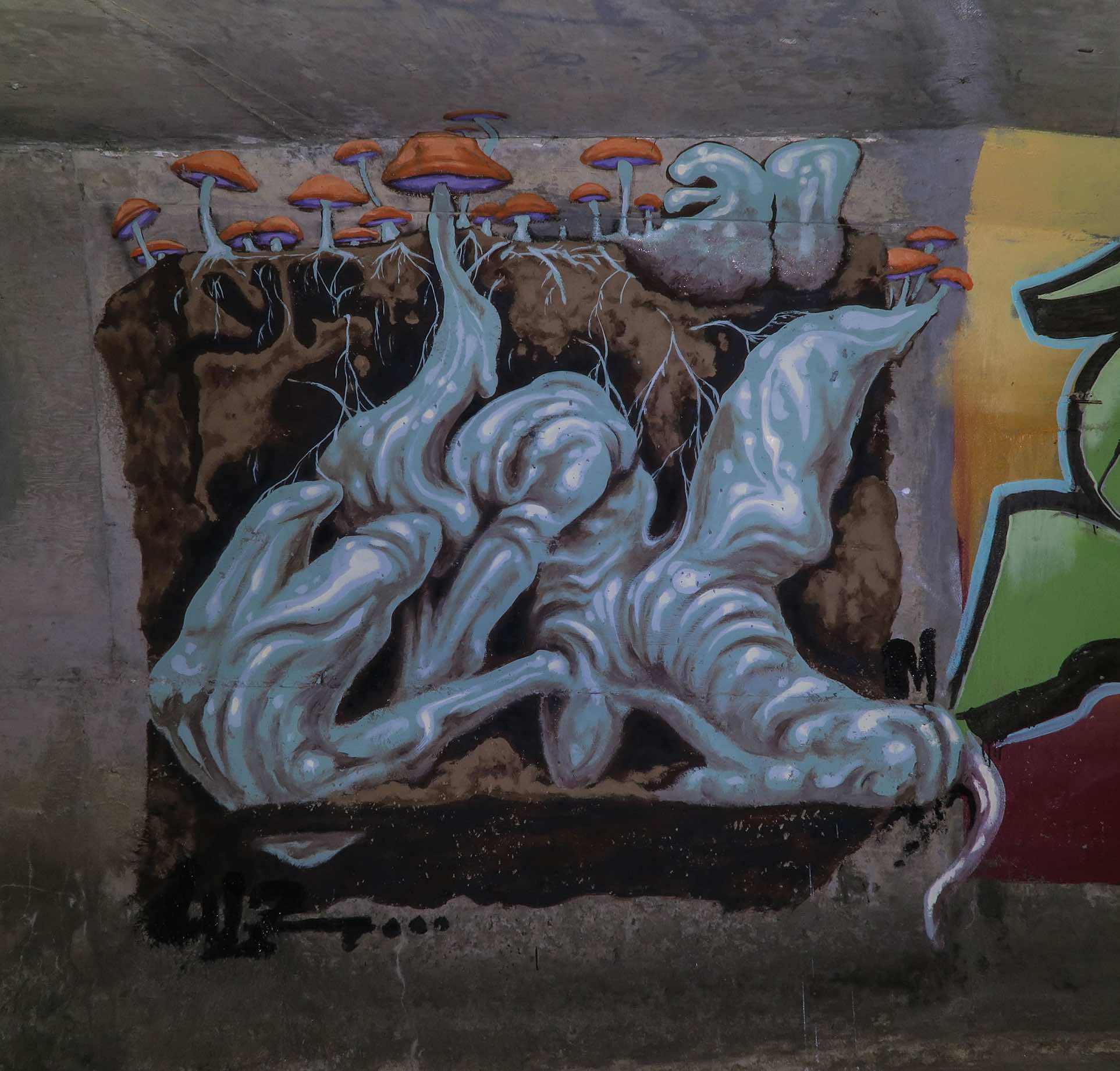 You guys impacted this movement in a big way and I feel it is important for your history to be documented so thank you for taking some time to do this. Tell me about Operation Under.

I started in drains/tunnels and that’s where I’m ending. Between 2008 and 2017 I was doing a couple pieces a year and not really thinking about graffiti too much. I would run into MEOW (CATGODS) occasionally and he asked me a few times if I wanted to paint a tunnel. I finally went and have been focused on painting tunnels ever since. Me and SER decided to start numbering the tunnels and called it OPERATION UNDER. We went back to some of our old spots and went in deep. We saw tags we caught as kids and left some new pieces. It kind of formed organically SICK (TLZ ULZ) wanted to go then I started talking to TANK about it, MEOW introduces me to SKER (HNR) and it just keeps moving forward. Instead of making a new crew it’s a joint task force operation to paint tunnels all over the city. There’s core members and affiliates. Presently we are up to tunnel number 27. If we paint the same tunnel more than once we add a point for example, we paint tunnel 24 for the second time it’s 24.4. We don’t use any spray paint and we usually go in a mile or more depending on the length of the tunnel. It’s fun, weird, creepy and isolated. With no light to wear down the paint I’m hoping these little time capsules will last 50 years or more. Eventually I’d like to make a book or at least a zine. Since very few people will ever see these pieces. 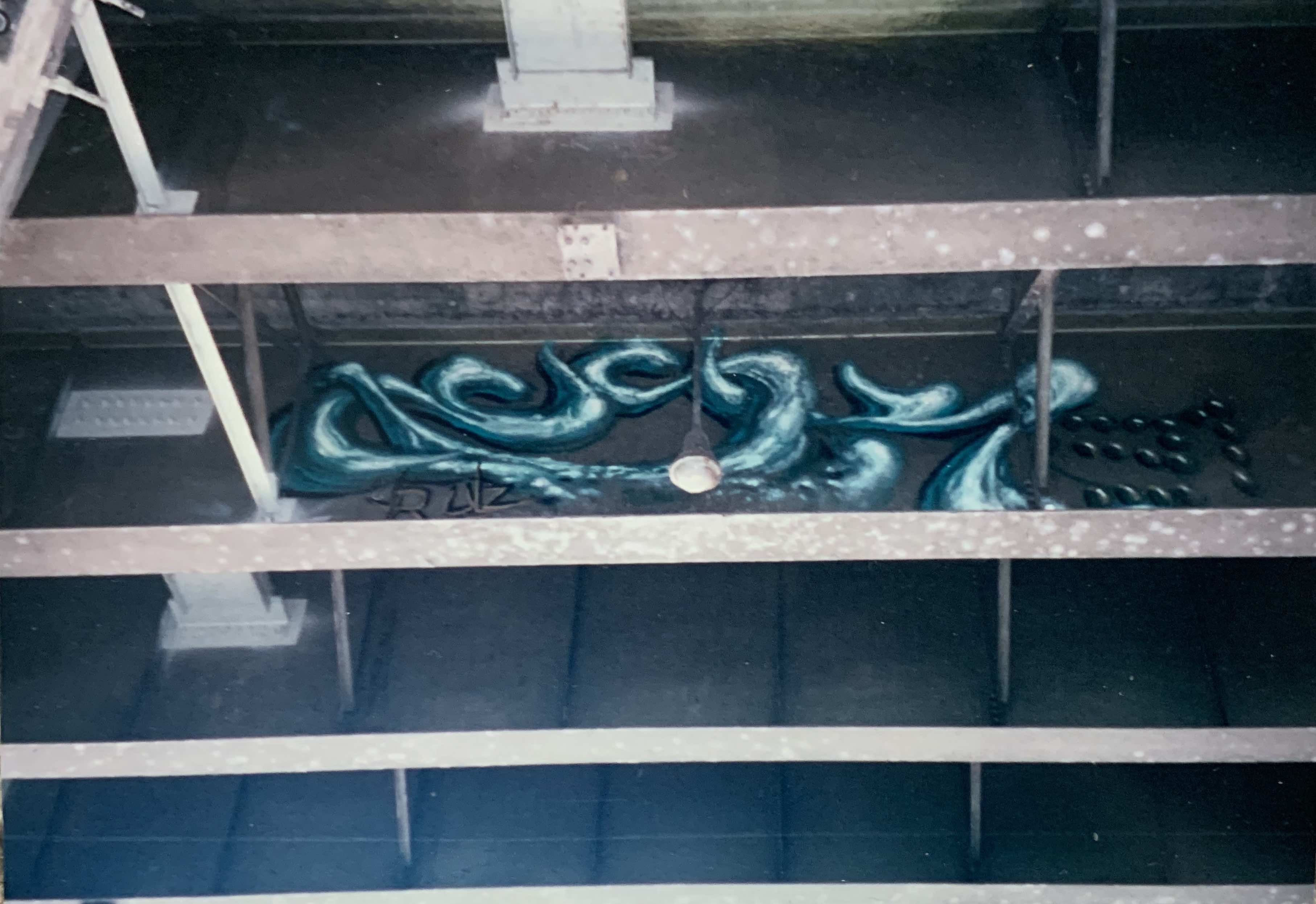 Thank you again Esk! How can people find you online?

Thanks for giving a shit about my story and the YR story. You should paint a tunnel with us some time. There’s pictures of most this stuff on @yrcrew on Instagram