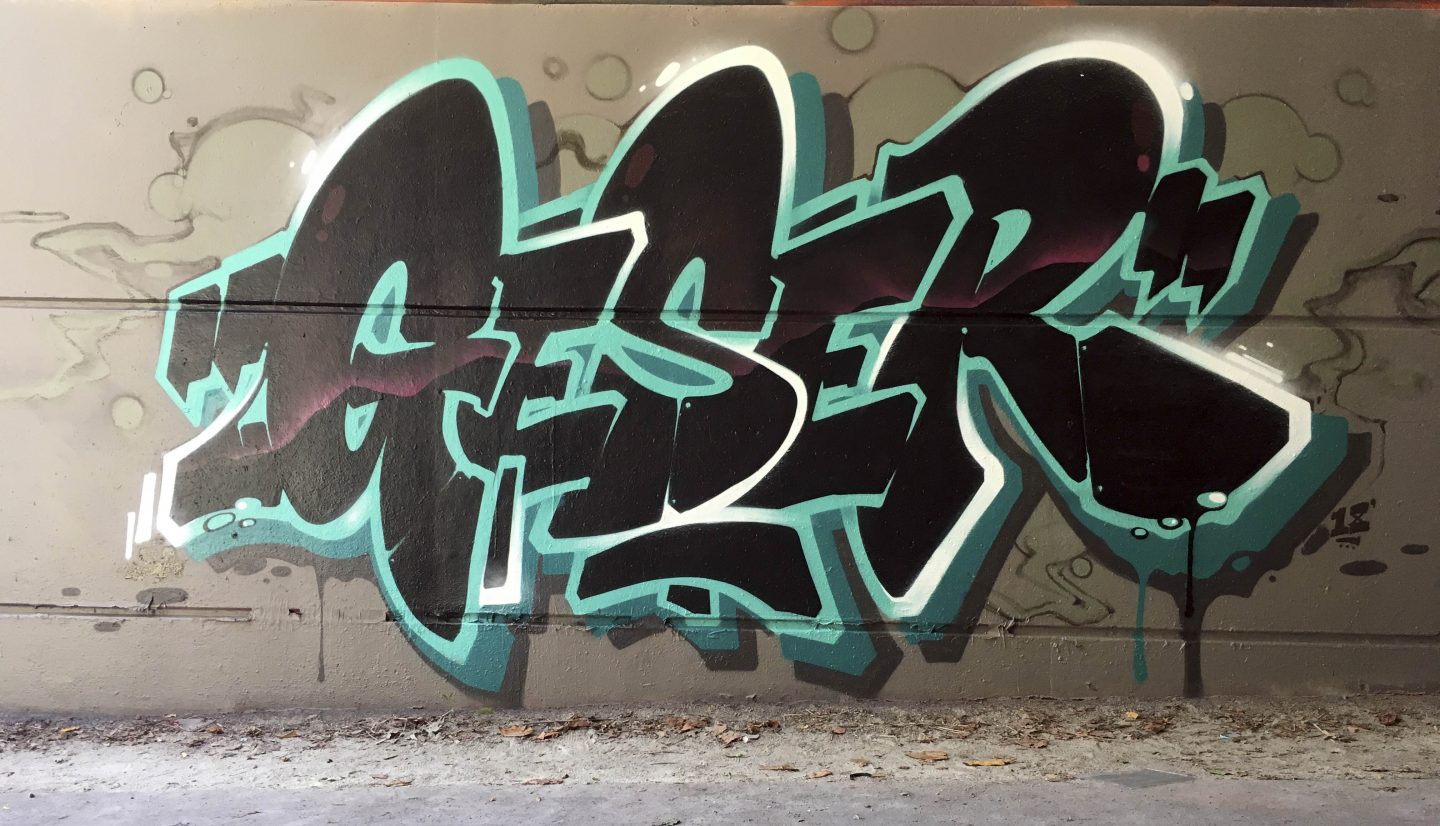 So, for those that may not know, let’s tell our readers who you are, where you’re from and what it is you do:

I write GES / GESER  (as well as my side name ASUEM pronounce “assume”).  I’m from the Northeast state of Connecticut.

I’ve been a member of various crews over the years, but the two main crews I currently push are 3A (which I started in 1994) and UPS. 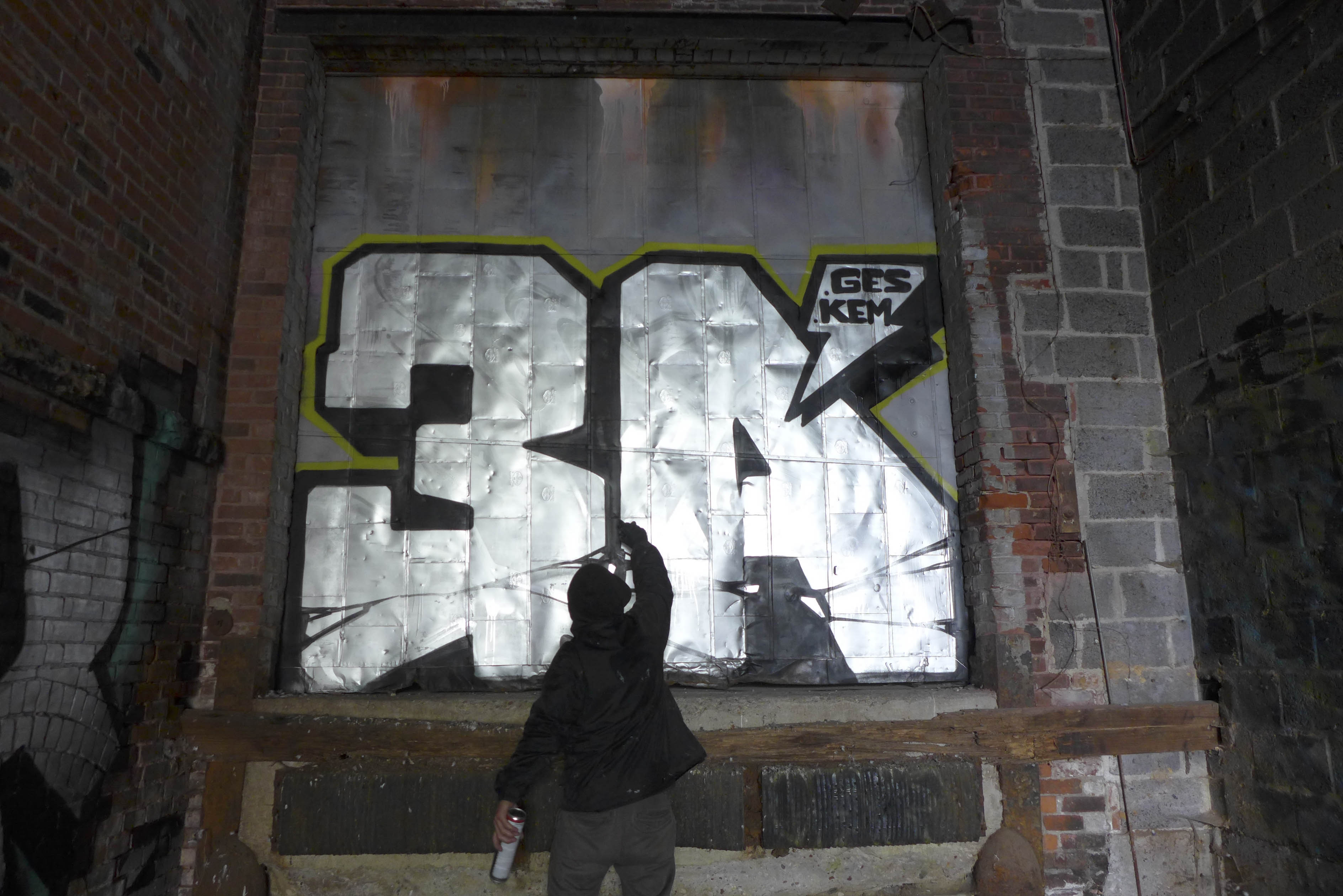 How would you best describe your style?

Somewhere in between simple and complex.  I strive for strong balanced letters, with just enough colors and effects to complement the style, not overpower it (precision and cleanliness go without saying). As time goes by, my appreciation for simplicity and solid letter structure only grows (less is more). 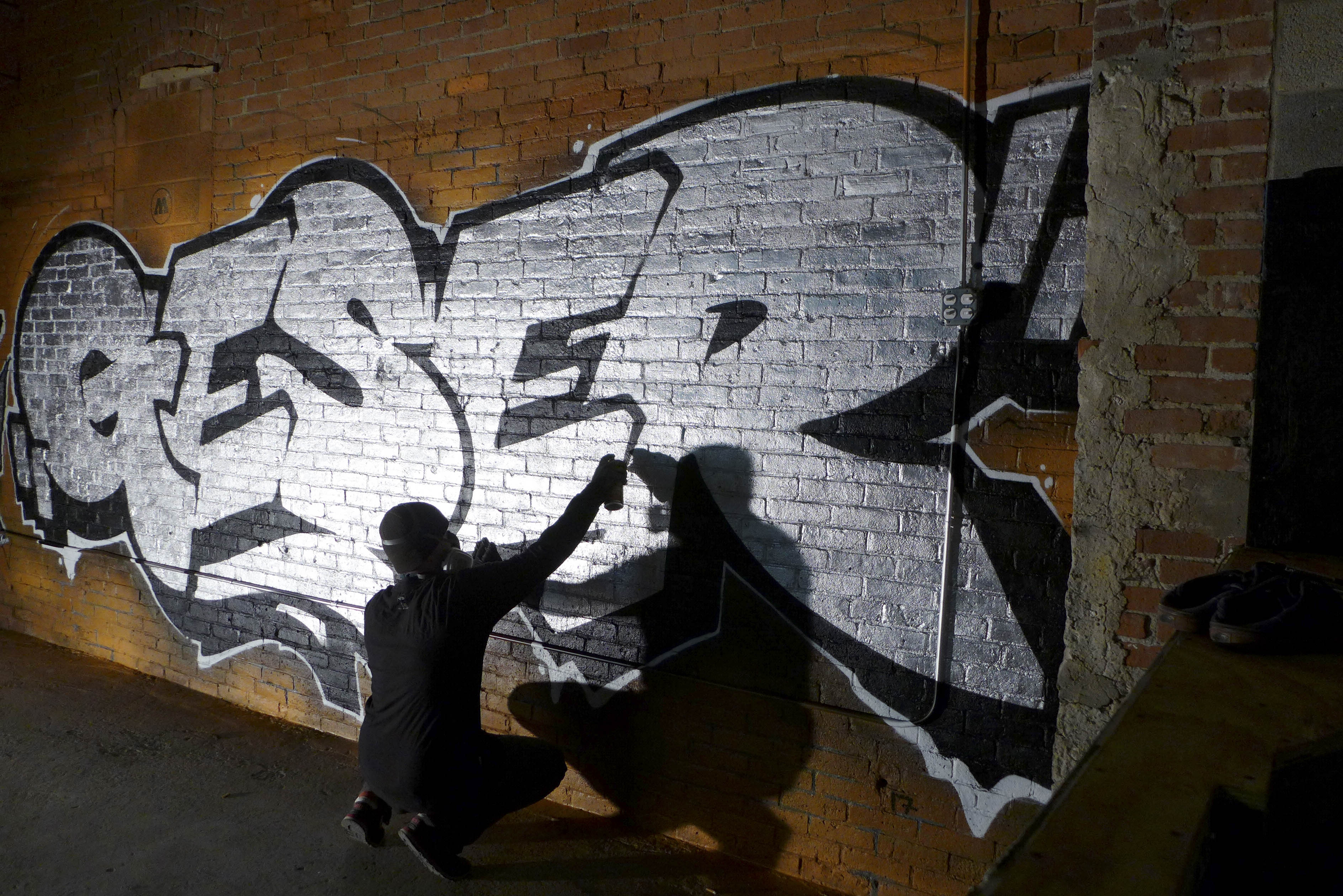 I started painting in the summer of 1993 and have never taken a break or extended period of time off. In terms of style, everyone goes through “weird” transitional stages over time, but regardless of however many twists and turns my style may have taken over the years, every stage played a role in my progression. I’m curious to see how my style and approach to painting will change and progress as time goes on. 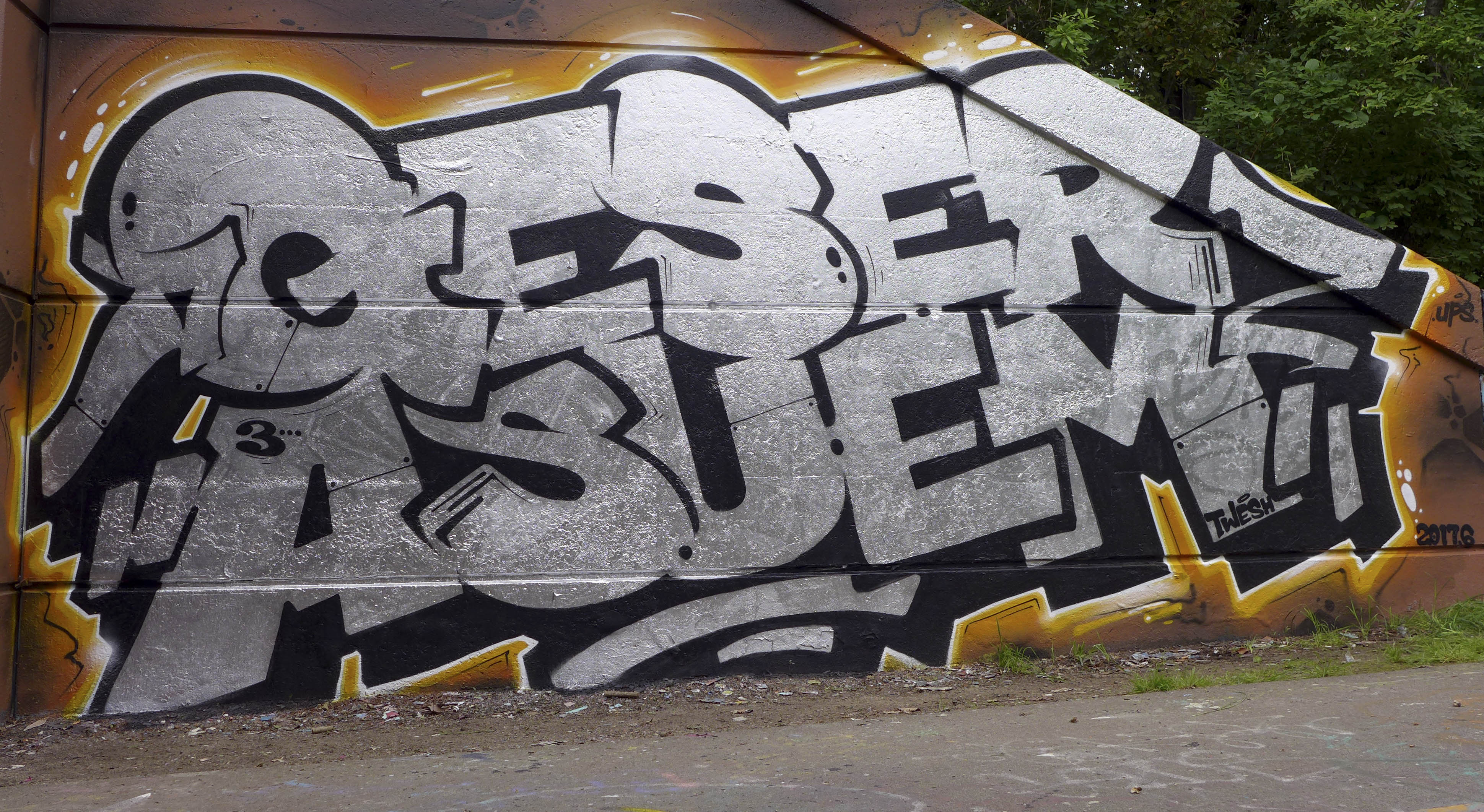 Do you use stock caps? Or any particular method for lining/filling?

When I started painting in 1993 (pre-internet), access to information was damn near impossible. I had very little knowledge of how graffiti was done or what was used… you couldn’t just “google” it. Due to the lack of information, I naturally assumed stock caps were the only caps that existed, so that’s all I used for the first year.  Since I had no idea the caps I was using were garbage, they didn’t bother me and I learned to be precise with stock caps. When I finally realized that “fancy caps” existed and got my hands on some NY outline caps, it was a joke how easy it was to paint clean pieces in comparison to the stock caps I was used to.  I bought a ton of those caps in the 90’s, and over 2 decades later those very NY thin caps are the only outline caps I use for outlines (Assorted fat caps for everything else). 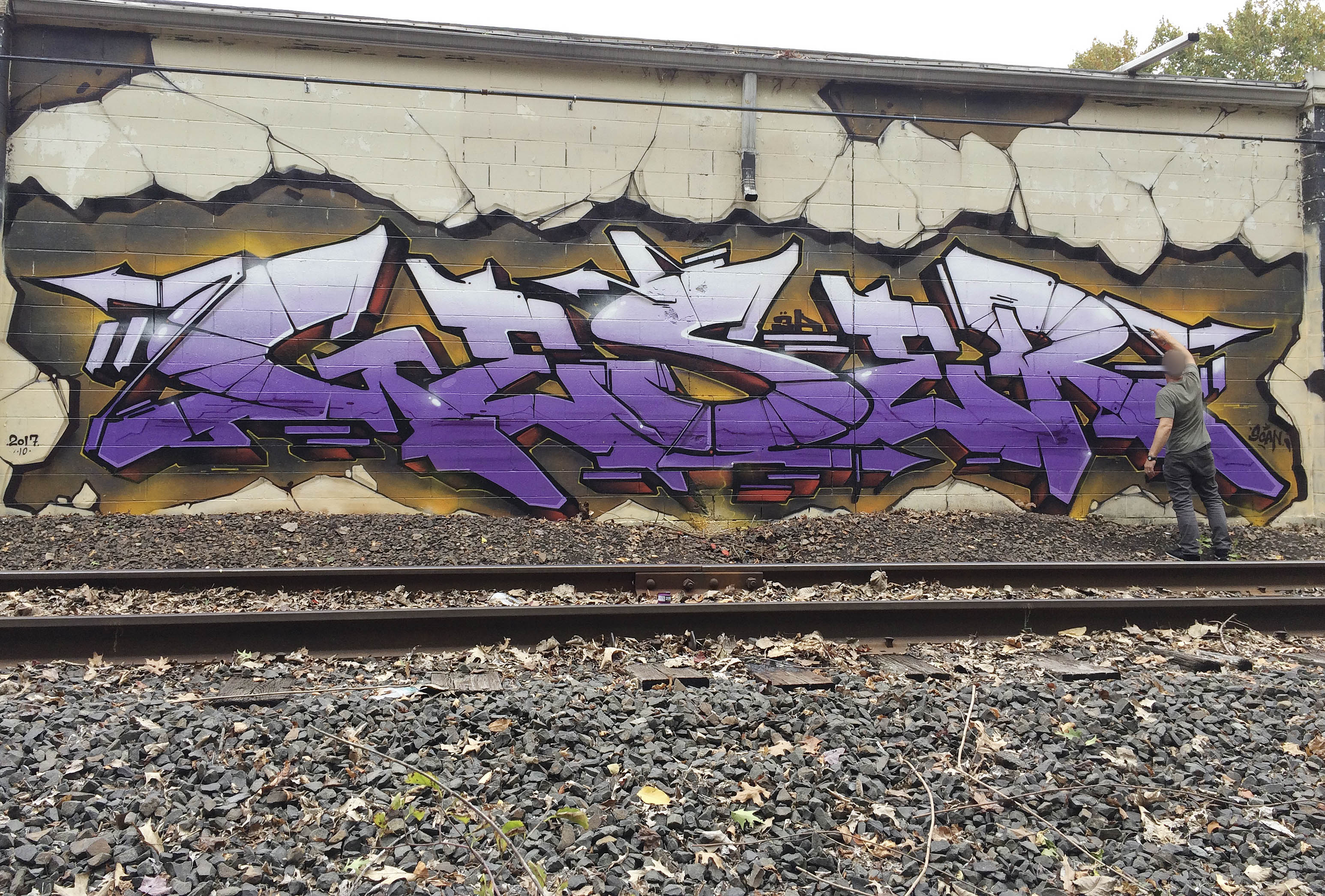 Do you remember your first attempt(s) painting?

My very first piece (June of 1993) was a spontaneous 3 color piece in a local abandoned factory that took about 20 minutes… it said “QWIK” (a name I took from a pinball machine called quicksilver I recently played at an arcade). As sloppy as this piece was, I still have very good memories of that day. I remember how fun it was, not knowing how it was “supposed” to look like, just having fun watching the paint come out of the can like a magic wand. It was the only time painting this name before switching shortly to another name for a few months, and then finally selecting the name GES. 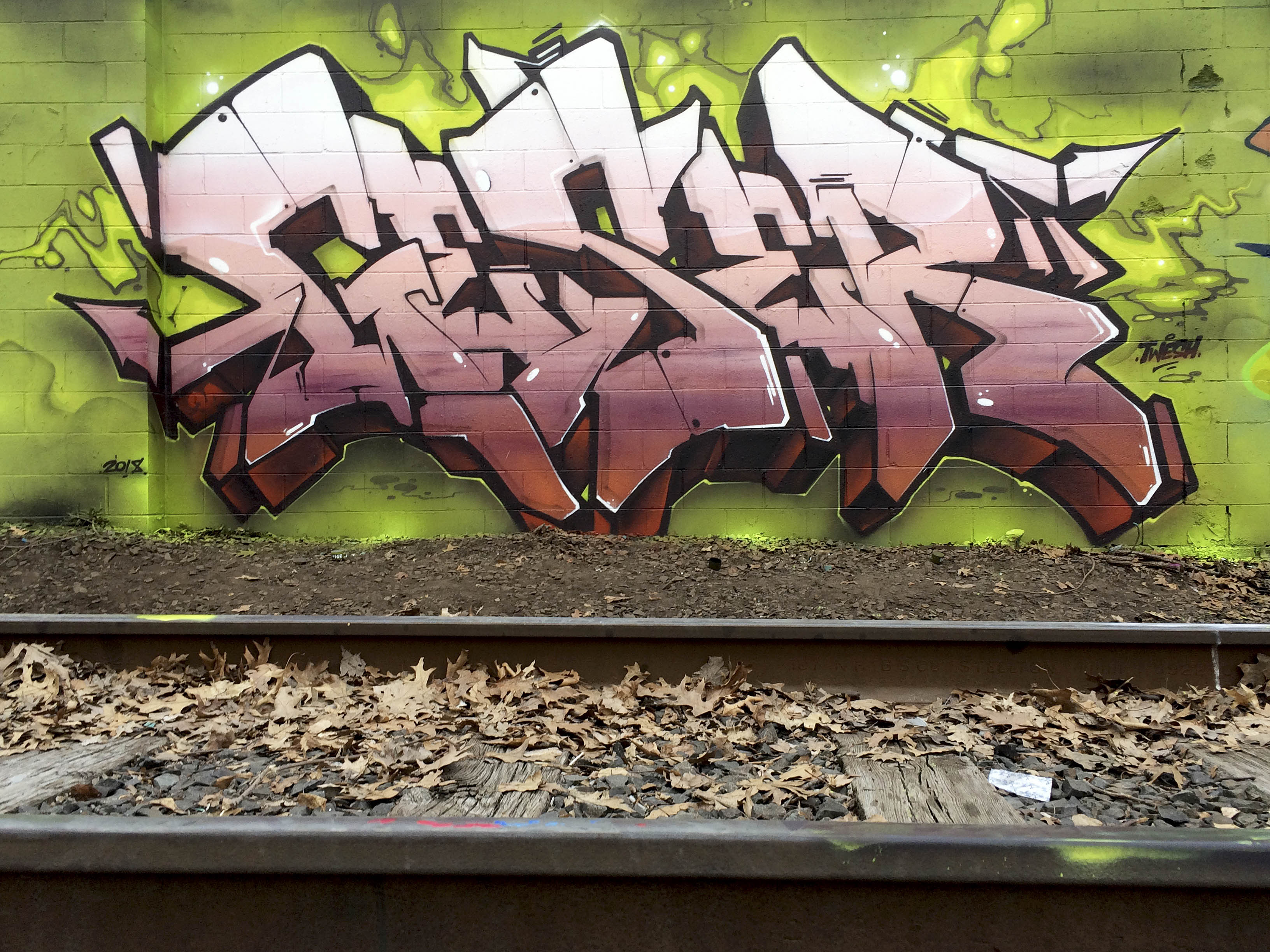 Have you noticed a lot of differences between graffiti (in general) now and graffiti then? (When you first started)

The main difference (and thing I miss the most) was you had to really invest time and effort to gain information and and have a clue what it was all about.  Graffiti was a mystery… the “who, what, where, how & when” were all unknown. You had to literally head out the door and discover it for yourself, one clue at a time, and piece it all together just to figure out what the hell was going on.   Today, (with the effortless information the internet has to offer) there is no mystery to be solved… no mystique, no adventure, no personal reward through exploration and discovery…. The answers to questions that took us years to figure out are all just an easy Google-search away with no personal investment of time, thought or effort. The convenience of the internet and ease of information has in some ways cheated recent generations out of the rewarding process of discovery that myself and older writers had the benefit of experiencing. To put it another way: Imagine one man researches, plans, prepares and endures a grueling climb to the top of Mt. Everest, while another man is quickly dropped off by helicopter at the summit… as they both stand atop the same mountain, you tell me who appreciates the view more. 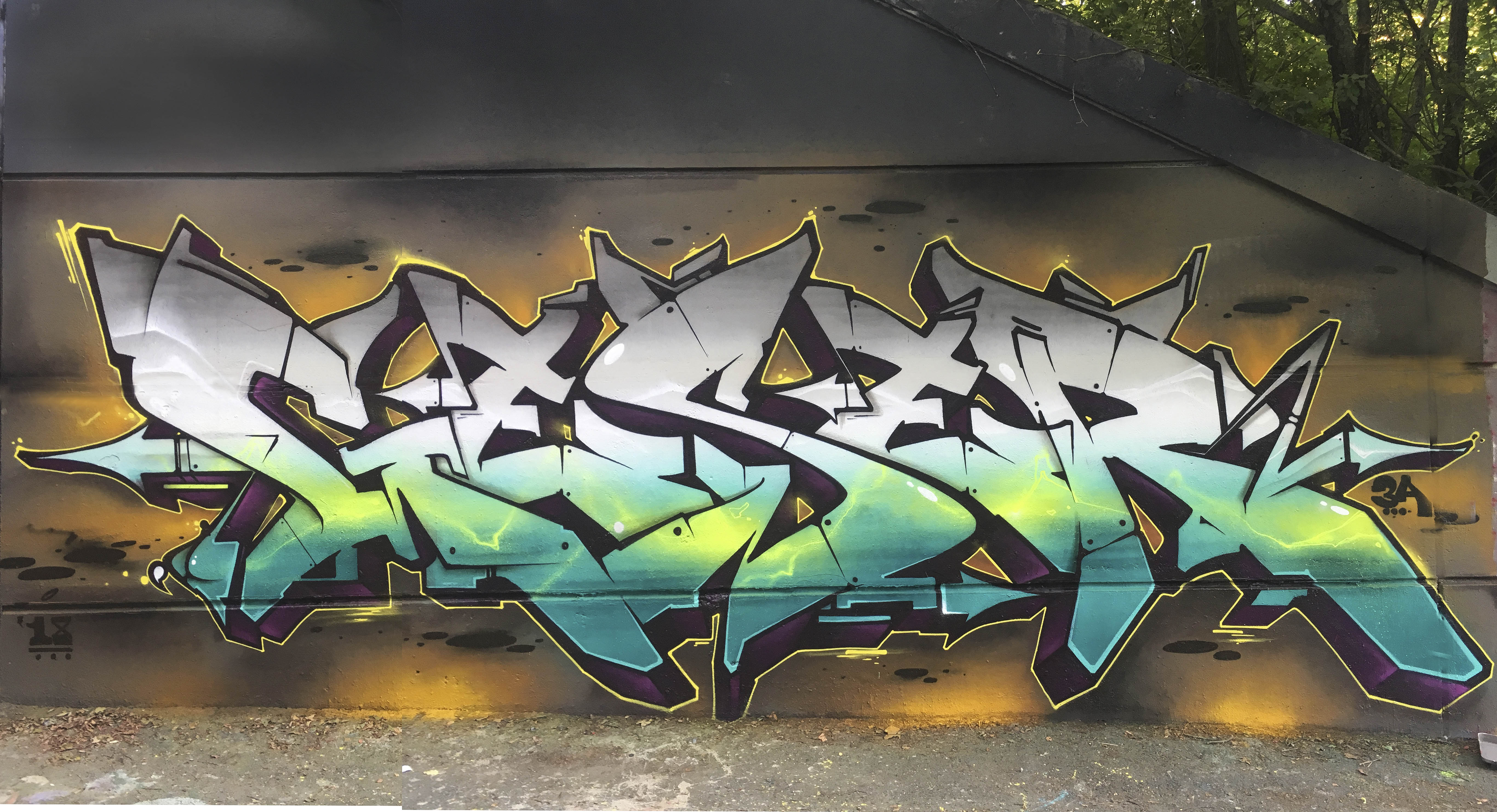 Connecticut in the 90’s was an incredible place to be introduced to graffiti, since it is situated in between Boston and NYC. There was so much experimentation and style innovation happening here that has spread worldwide. The writers I looked up to (Sub, Emit, Gaze, Jive, Cycle, Jeck, Bel, Syne & Dash to name a few) were burning extremely hard when I stumbled into the graffiti scene, and their work made an instant impression on my approach to graffiti. I had the privilege of seeing their work in person, which set a very high standard of what it meant to be a good writer. Connecticut has always produced a vast range of impressive and incredibly influential styles.   The scene has remained quite strong over the last couple decades. 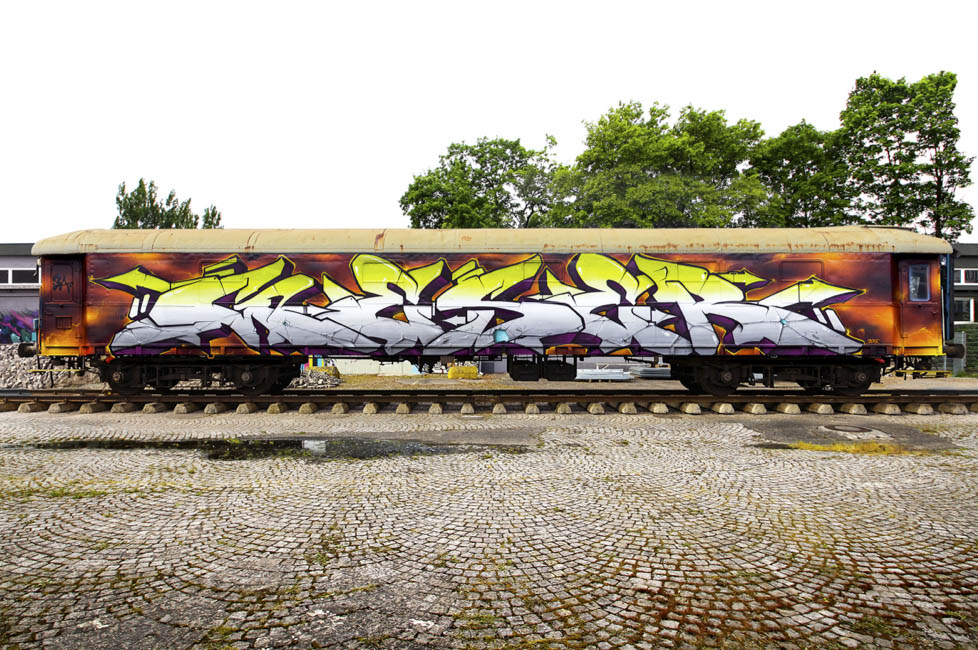 Why do you think you got into graffiti?

I first saw graffiti in the same areas I would skate and attend punk/hardcore shows.  I was instantly drawn in by graffiti’s appearance of fun, challenge, and mystery. I think there’s just something fun about spray paint, exploring and the element of illegality to a teenager. 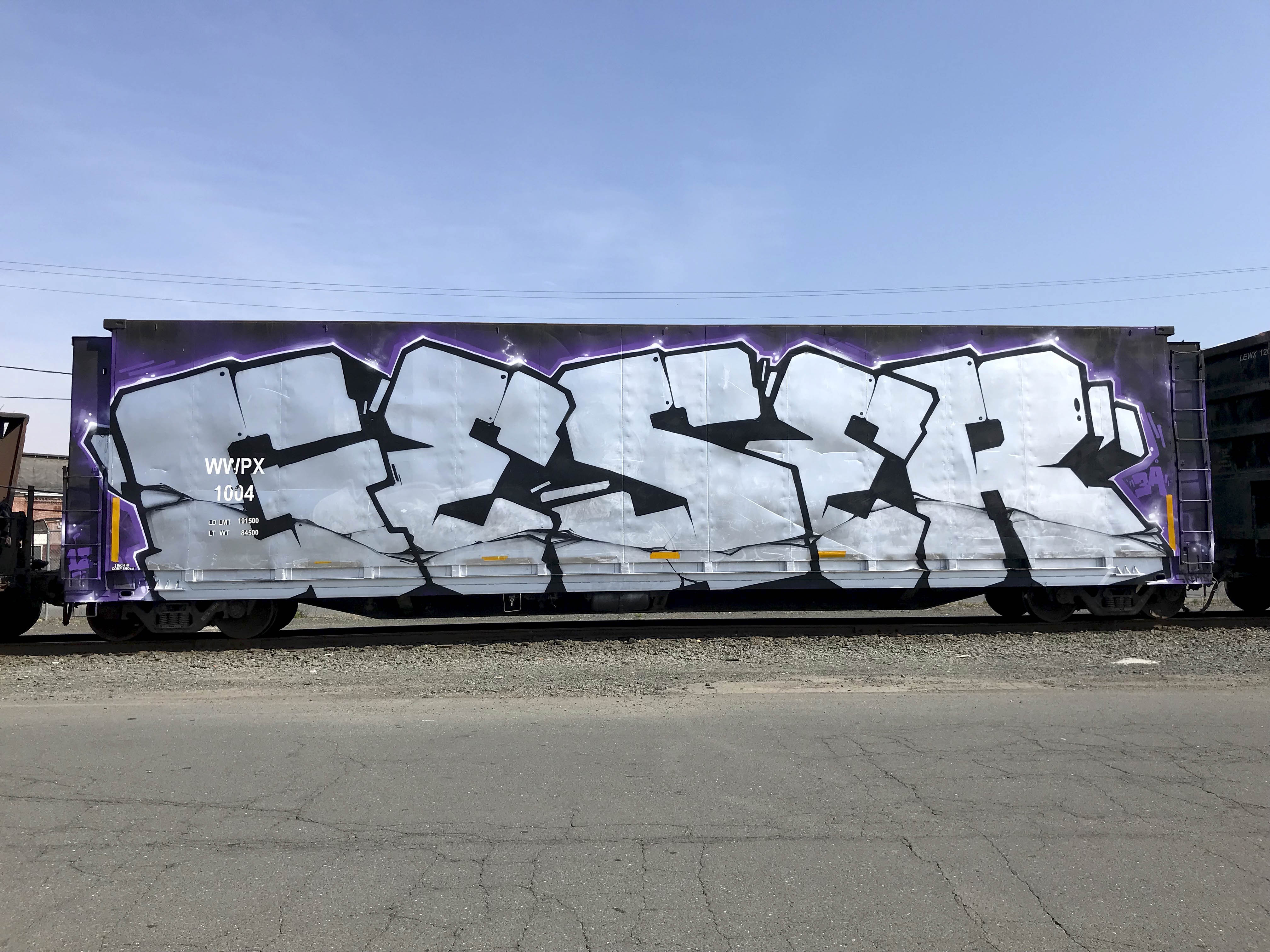 If you had to explain graffiti to someone who doesn’t write, how would you best try to do so?

I usually avoid the topic at all costs when speaking with what I call “civilians”.  I have so many people in my life (even family) that don’t know I paint because its just easier that way. I live a compartmentalized double-life. You could spend hours explaining graffiti, and when you’re done they still have no clue what the hell it is you actually do. 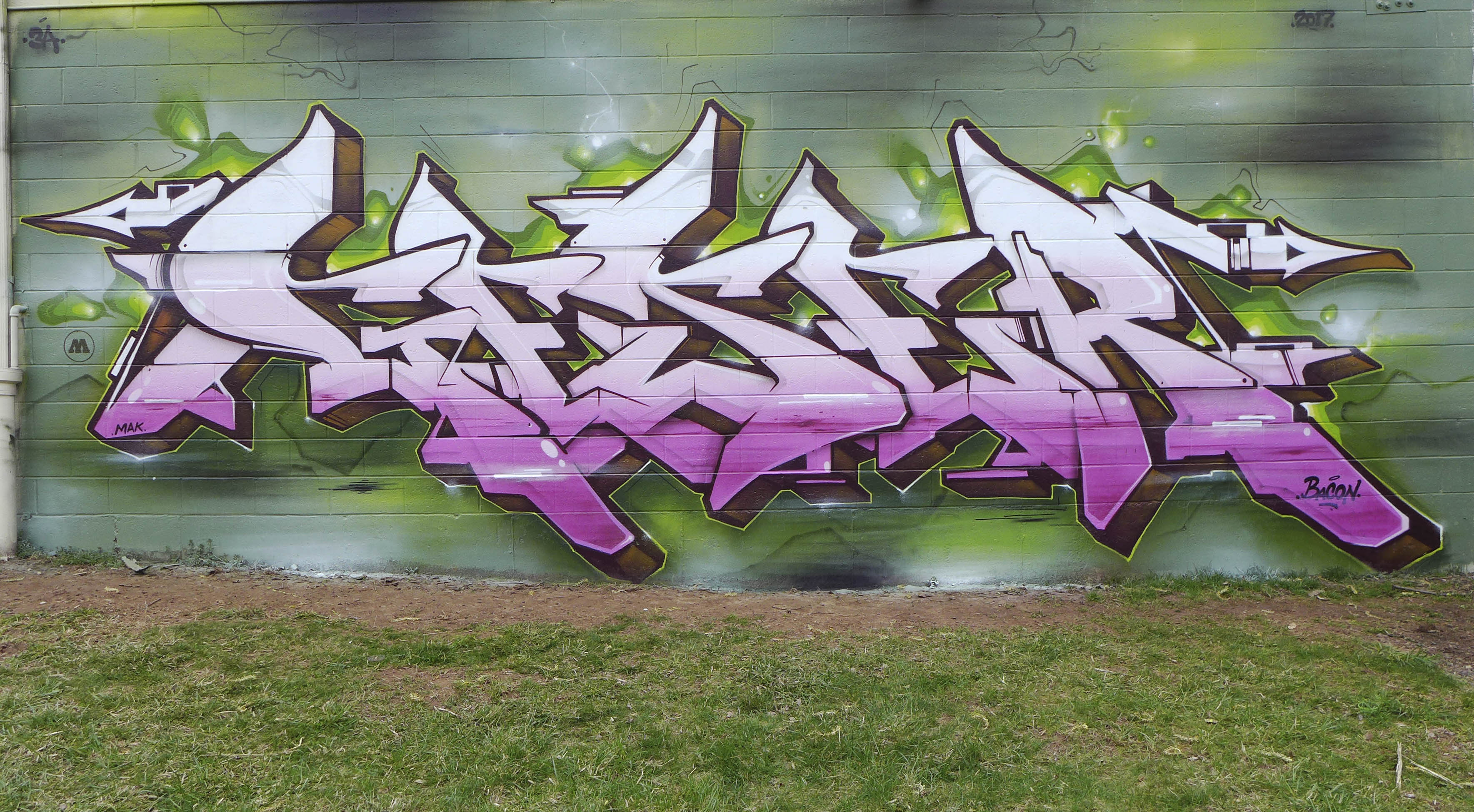 What do you think is most important about being a serious writer? Clean lines? Getting up everywhere? Everyday? Quality vs quantity?

Staying humble, having fun, and doing things your thing your way. Developing your own sense of “visual identity” through original style and creating something you can call your own should be a priority. We all have our own reasons for painting, so just enjoy what you do. 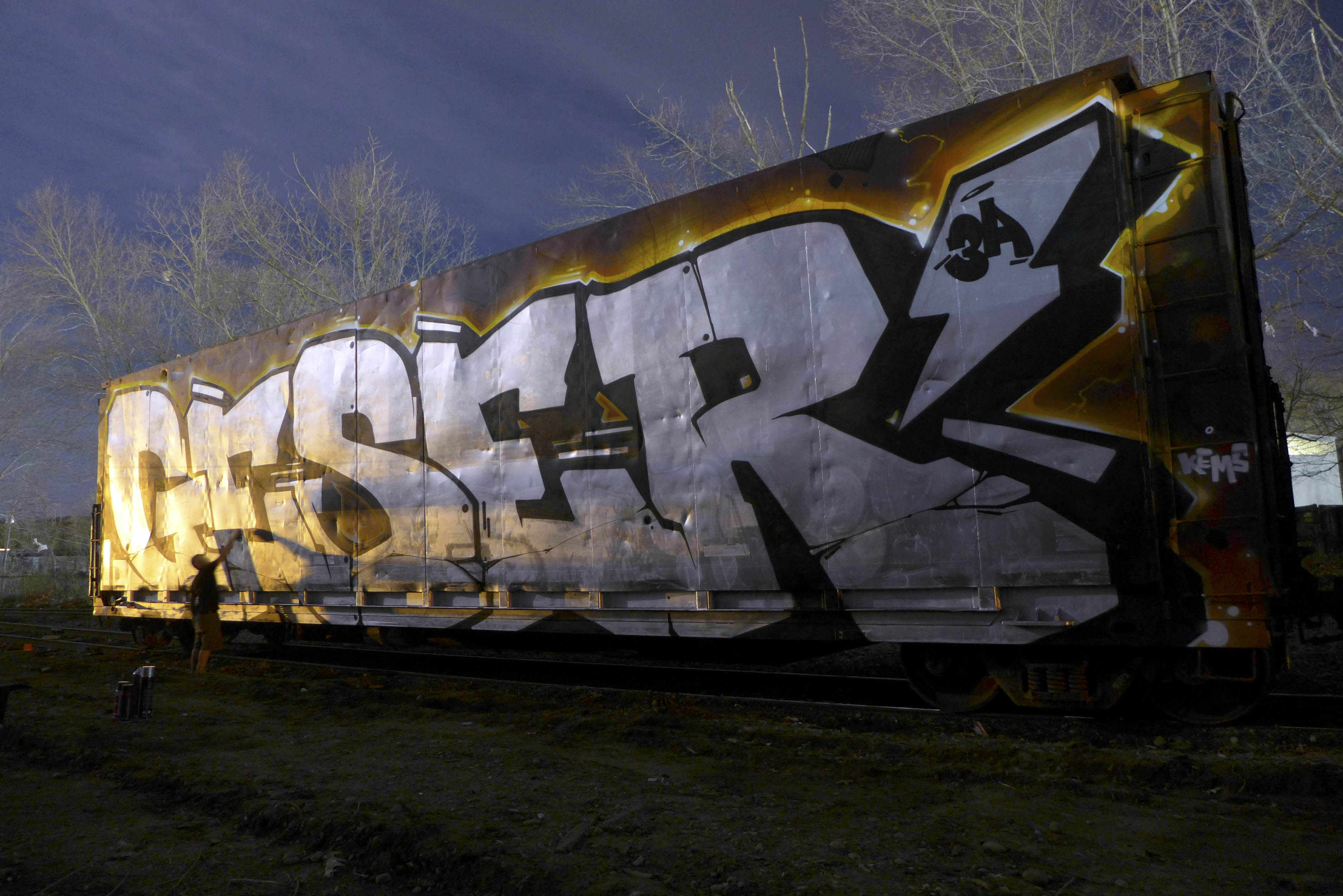 What would you say you are best at, if anything? 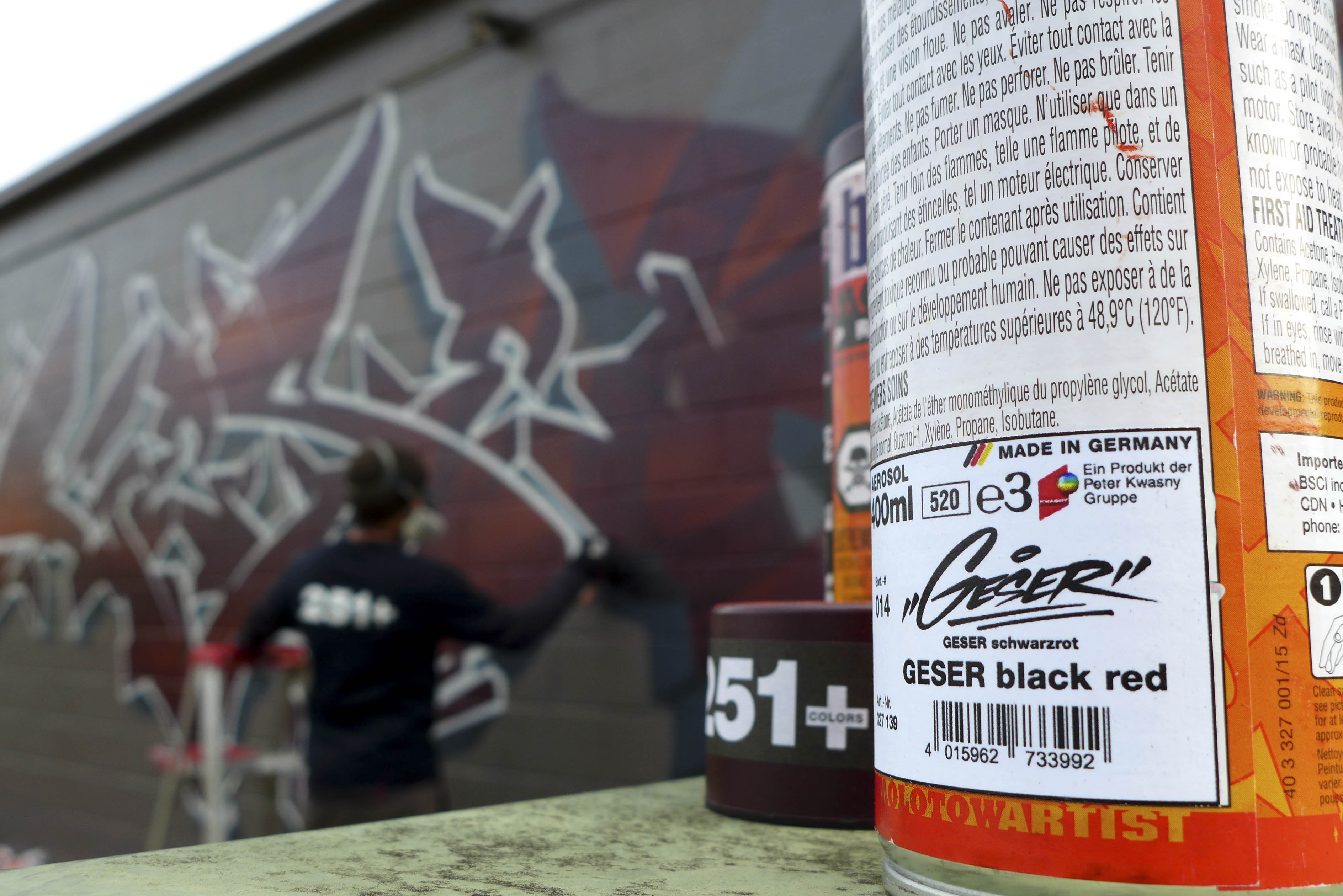 Have you ever had any graffiti missions go not-so-smoothly?

No question!!! Some almost resulting in arrest, some nearly resulting in death.  (I’ve been fortunate to avoid both.) 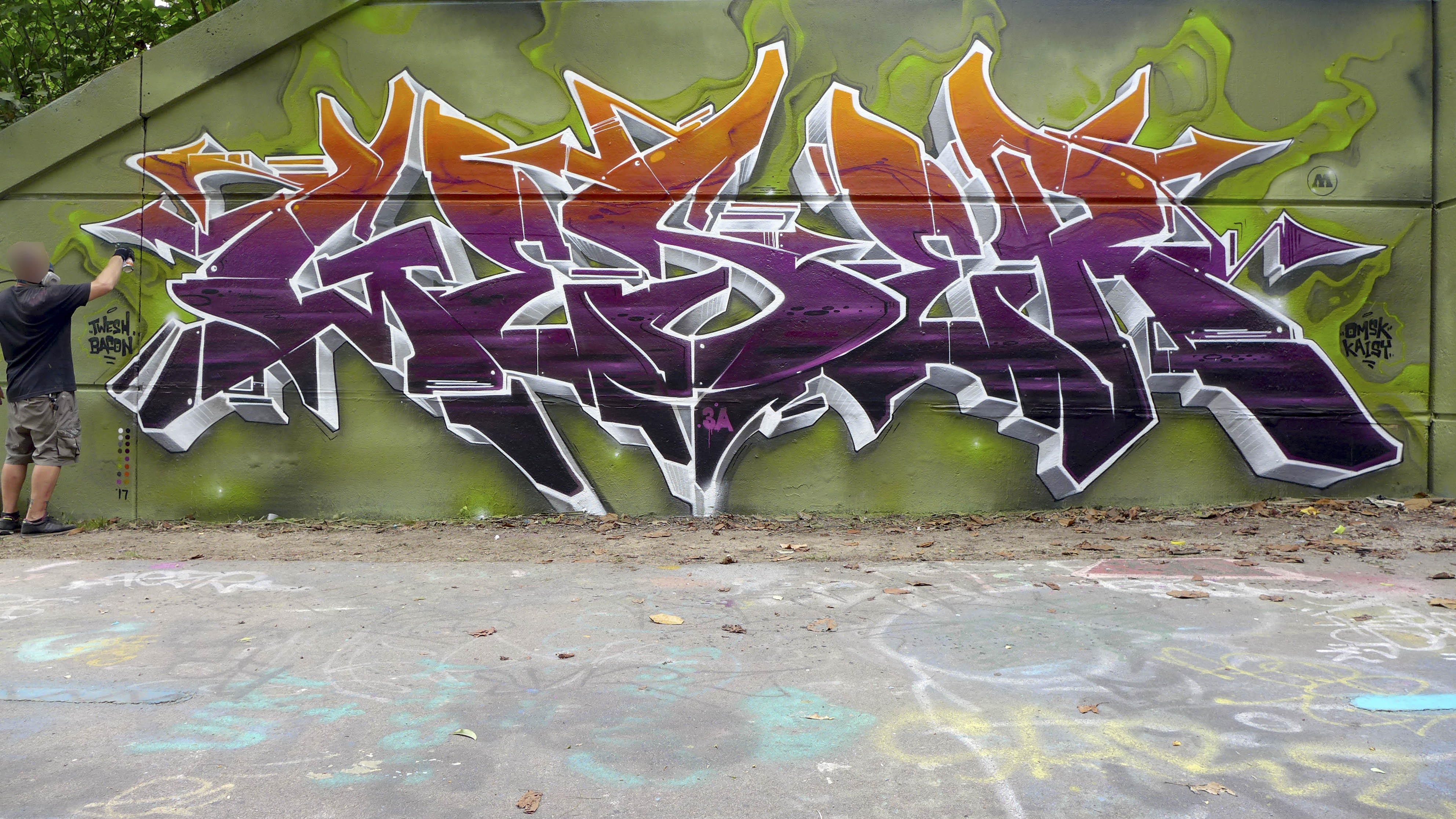 At any point did you think about calling it quits and maybe you’re relationship with graffiti was over?

Although I can’t always paint as often as I would like due to adult responsibilities,  I honestly never thought about stopping. I’ve devoted more than half of my lifetime painting graffiti,  and it has brought mostly positive things into my life so there really isn’t a reason to stop anytime soon… I still love it too much to think about stopping. 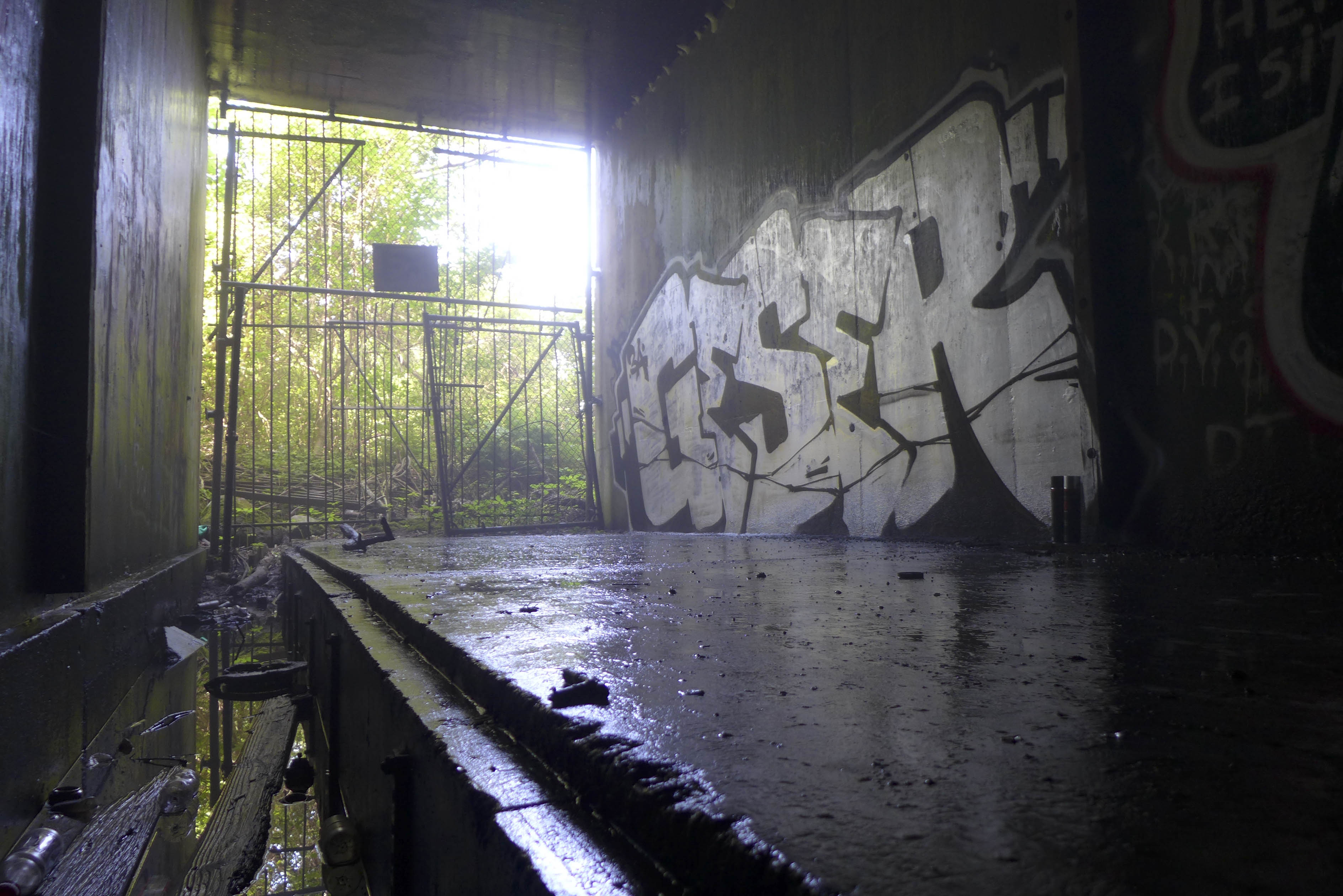 That they’re in it for the right reasons.  We have all seen new writers hit the scene like a ton of bricks for a year or two, and then just like that, POOF! They’re gone… Passion brings longevity. 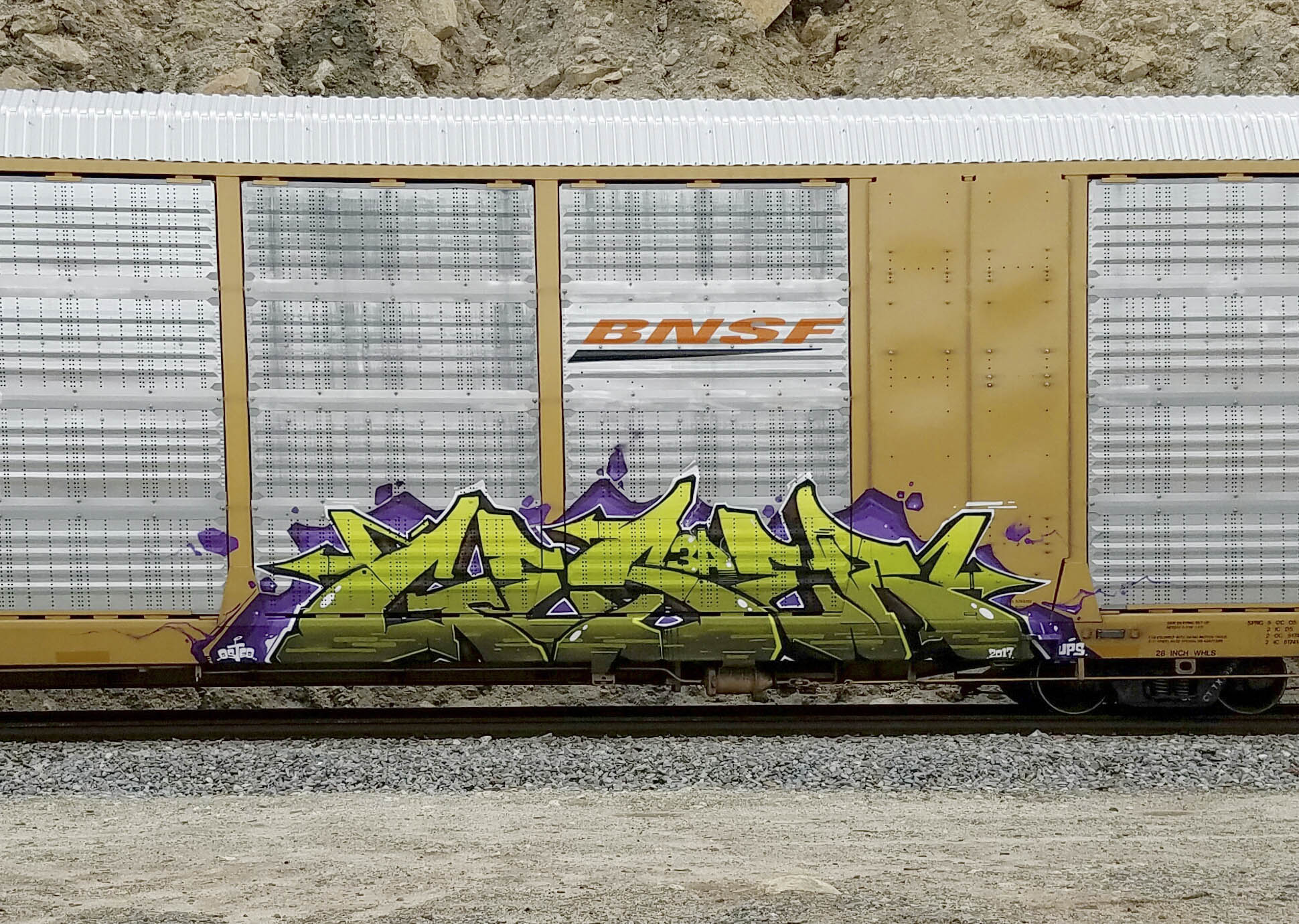 You recently had you’re own signature color released with Molotow paint correct? Were you approached by them? How did that come to be?

I’ve had a relationship with Molotow since 2010, and am thankful to have support from such a great company that has contributed so much to graffiti in terms of product development. In 2015 they invited me to visit their headquarters in Germany to meet the crew and paint a whole car on the Molotow train, which was a blast.  In 2016 they offered me my own artist color, GESER BLACK RED.  It’s a very versatile color that has been an all around favorite of mine for years, and it’s an honor to have my name on a can of Molotow! 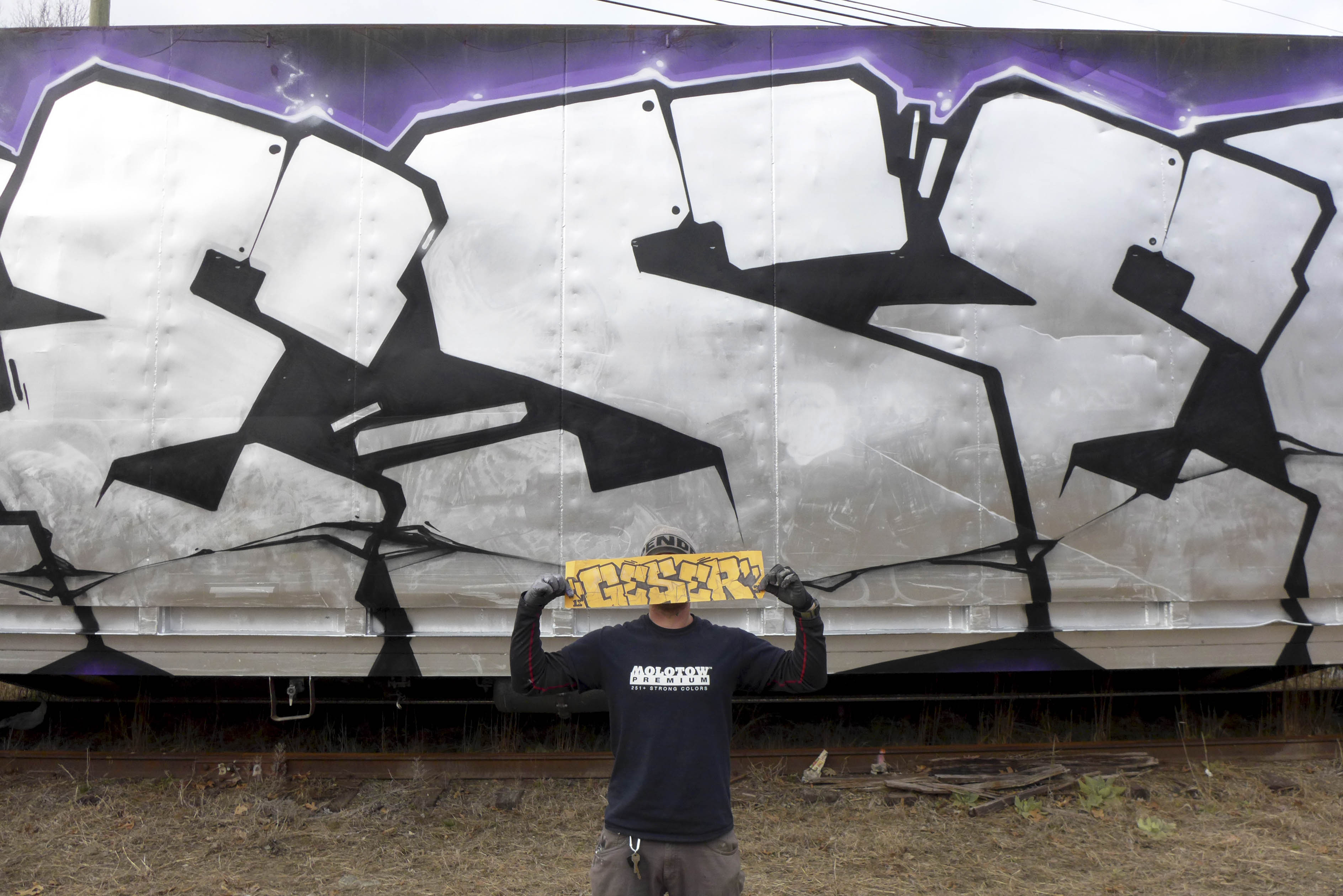 Any wise words for the youth of the world?

The world doesn’t owe you a trophy for participating… you have to work your ass off to accomplish anything worthwhile (and even then there’s no guarantee!)