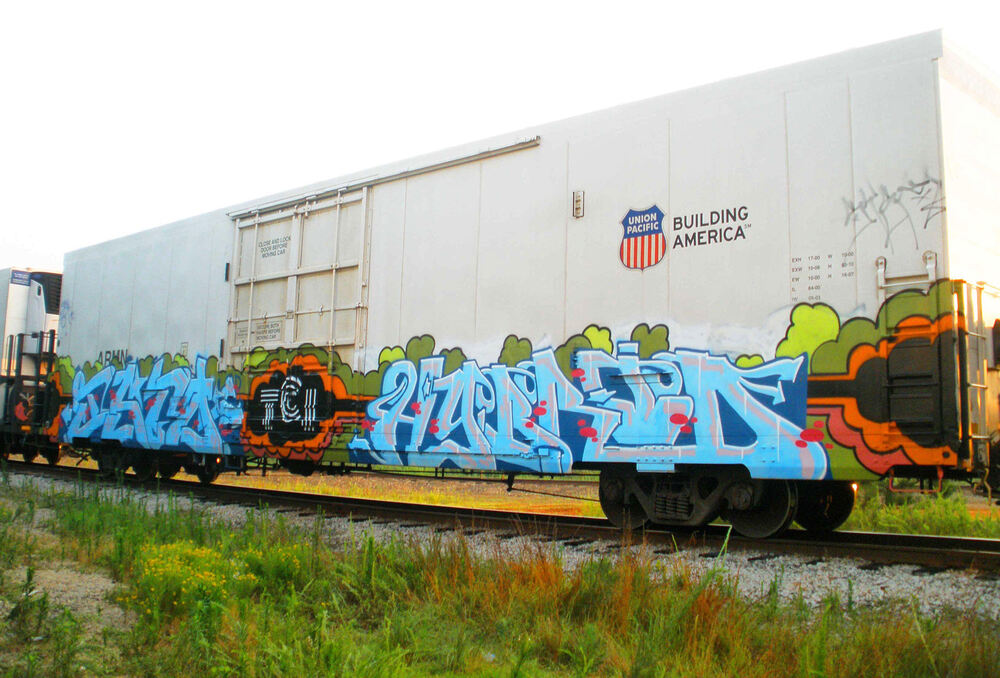 Some writers & crews come & go and some really make a long-term mark & really put their stamp on things with a very historic & special contribution. Hybrid and his crew TCI are of the latter, in my opinion. A well of ideas, executed illegally under harsh conditions and the end result is nothing short of amazing. Welcome to the mind of one such train champ incorporated, where his calculated approach proves to impact this movement forever more with an equally inspiring story to match.

I’ve seen you & your crews work often over the years but when I started seeing the TCI production trains, it really got my attention. What prompted this evolution of detail & conceptual offerings?

It’s been a collective effort since we started really doing seriously themed end to ends in the early 2000s (not just matching colors). I have to give Heat a lot of credit for really pushing everyone to take it to a level beyond what we were doing previously, especially in the last 10 years.

“Sometimes it’s really well planned out with detailed drawings, & others its more intuitive & we just improvise”

How does the discussion unfold with regards to the train productions & does everyone contribute to the idea pool?

It varies depending on who’s involved in a particular car. A lot of us have a bank of concepts that we’ve been thinking about & depending on who’s working on the train we will float ideas until something sticks. Sometimes it’s really well planned out with detailed drawings, & others its more intuitive & we just improvise, based on the general theme & series of motifs. Often we have an entire crew post mortem after the train is done, always looking to push each other’s work further.

Occasionally there is parallel creativity & various people in the crew have similar ideas floating around. For example I was talking with True54 & Kaer67 before they went & painted a car that featured a knight & a dragon breathing fire. It turns out Heat had the same idea he’d been doodling for years so they connected over the phone & created an amalgam of the two concepts.

When did you start writing & what was it like back then?

1989. It was very different, no internet & we had very little access to graffiti other than The Faith of Graffiti, Subway Art, Spray Can Art & various other books. I remember looking up Graffiti in the card catalog at the public library when I was about 12 & devouring all the information I could find.

One day at a university library on campus (I was using a family memeber’s faculty library card) I discovered they had a video cassette of Style Wars. I went with a friend & we watched it with dual headphones on a tiny monitor in a cubicle for students to watch education videos. After that, I was even more hooked.

“I try to be very diligent about documentation, so often the post-painting ritual is going back if possible to the spot & stealthily getting day photos.”

Without giving too much away, you’re based in a part of the US where it snows correct? Tell me about painting trains in the snow, the preparation, etc.

I’ve lived in the snow & places it doesn’t snow. European Paint has come along way as far as functioning in the snow compared to the problems I used to encounter in the 1990s & early 2000s. I remember having to use exclusively stock tips on Rustoleum & Krylon during the winter. Also having chemical disposable h & warmer packs (the kind skiers use) is helpful as well.

After such a mission, how do you reward yourself? Any post painting rituals?

Mostly resting. I try to be very diligent about documentation, so often the post-painting ritual is going back if possible to the spot & stealthily getting day photos. Then afterwards maybe a nice breakfast.

What are some of the craziest experiences you’ve had while painting trains. Not necessarily chase stories, those are good too but weird encounters, etc.

Wow, so many. I’ll skip the chase stories as it’s hard to choose the best one, but a funny one from the last few years is that a crew mate & I were approaching a train spot. There were a bunch of RVs parked along the road on the way into the location. It was incredibly foggy & a guy got out of one of the RVs (mind you this was 1am) then stepped out of the mist wearing a Darth Vader mask exhaling weed smoke. It was very startling & surreal.

“Art helps me stay positive & give me a way to channel my ideas & visual thinking.”

I’m so used to seeing your pieces on trains, so when I see your walls or even a floater on a train, it really stands out. What do you prefer painting?

What role does art play in your life these days?

I can’t emphasize enough how much of a role art & design plays in my life. It helps me stay positive & give me a way to channel my ideas & visual thinking.

My grandmother was a textile artist who studied with Anni Albers. From a very young age, she was introducing me to amazing design & art & giving me art supplies. I have a huge library of art books, & try to visit museums & galleries every chance I get.

“Another part is trying to walk the tightrope of concept vs. making something visually pleasing.”

Back in the early 2000’s, you painted more wild style letters but over time it seems like you’ve finessed that style to make it more conceptual whilst still retaining that wild spirit in your art.

Honestly my work is influenced by a lot of factors & I can’t put my finger on what has pushed me to go in the directions my work is headed in now. Part of it is trying to do different things than what I have done in the past. Another part is trying to walk the tightrope of concept vs. making something visually pleasing.  I am most satisfied with my work if I can somewhat achieve both.

“My graffiti writing compulsion helped me focus & get my GED, get scholarships & get an undergrad, & eventually graduate degree from prestigious colleges.”

What is the best thing that graffiti has brought into your life?

I was a high school dropout & ran away from home for a period of time at a young age. My graffiti writing compulsion helped me focus & get my GED, get scholarships & get an undergrad, & eventually graduate degree from prestigious colleges. Even more importantly are the friendships I have had that have been strengthened by the bonds of doing graffiti together. That has made me a much happier & better person.

Wow, that is amazing to hear! You strike me as an art & music head, overall creative individual. What are you listening to these days?

I have a very eclectic taste in music, but a lot of 70’s Funk, Jazz, Hip Hop, Afrobeat, Reggae, Movie & TV Soundtracks, Classic Rock & others, but not that much contemporary music. I have a big iTunes library with ratings & I like to surprise myself by playing the highly rated songs on random without a genre specified & see what comes up.

If you could be in any band or group, what would it be?

What are some of your favorite movies?

I love movies & have a big library of films I own, so it’s hard to choose. I’d much rather own a copy of a movie than rely on streaming services. Top choices include: Blade Runner, Miller’s Crossing, The Wild Bunch, & the original Conan The Barbarian.

Where do you see your future art?

I’d like to keep moving in interesting directions that surprise me & are visually & conceptually interesting. I’m experimenting a lot with animation & sculpture & trying to get back into painting with artist paints creating thin & thick textures. I’ve always been a little schizophrenic with my work though, & sometimes I end up somewhere I didn’t know I was going…which is not necessarily a bad thing.

For more information about Hybrid, check him out on IG 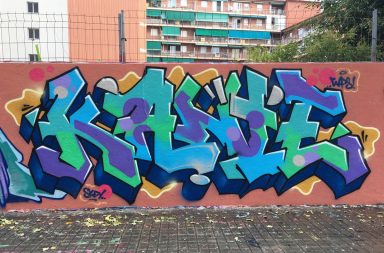 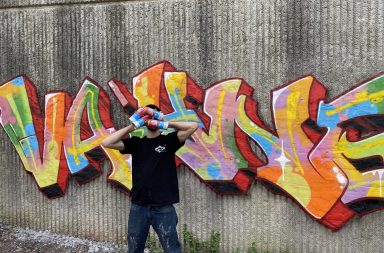 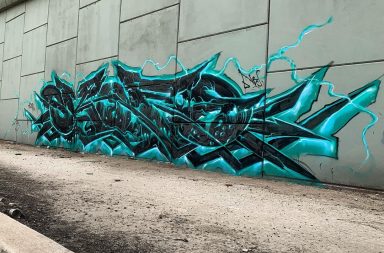