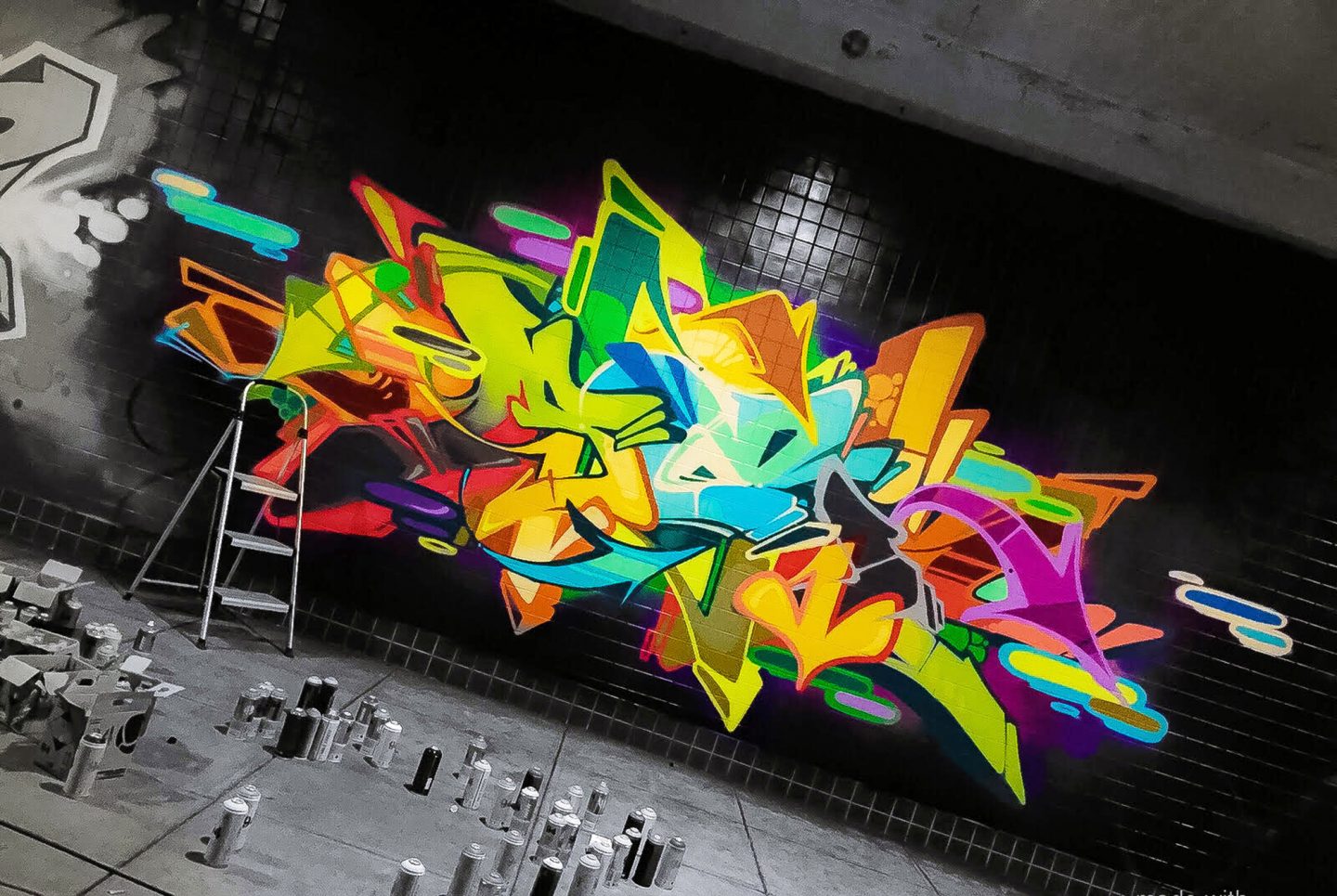 Alright so first off thanks for taking the time to do this interview, can you give us a brief history of your involvement in graffiti? What crew do you rep?

I’ve been drawing ever since I can remember as a kid, then eventually started writing my name with a can of paint in Frankfurt Germany when we were stationed there in the early ‘90s. Just running around the neighborhood seeing what kind of trouble we could get into. Around the mid nineties I started doing more pieces, and by ’97 was getting involved with most of the major forms of graff – bombing, piecing, productions, freights, etc. I wrote B-Man early on, then Samurai, Rai, and eventually Rei21. 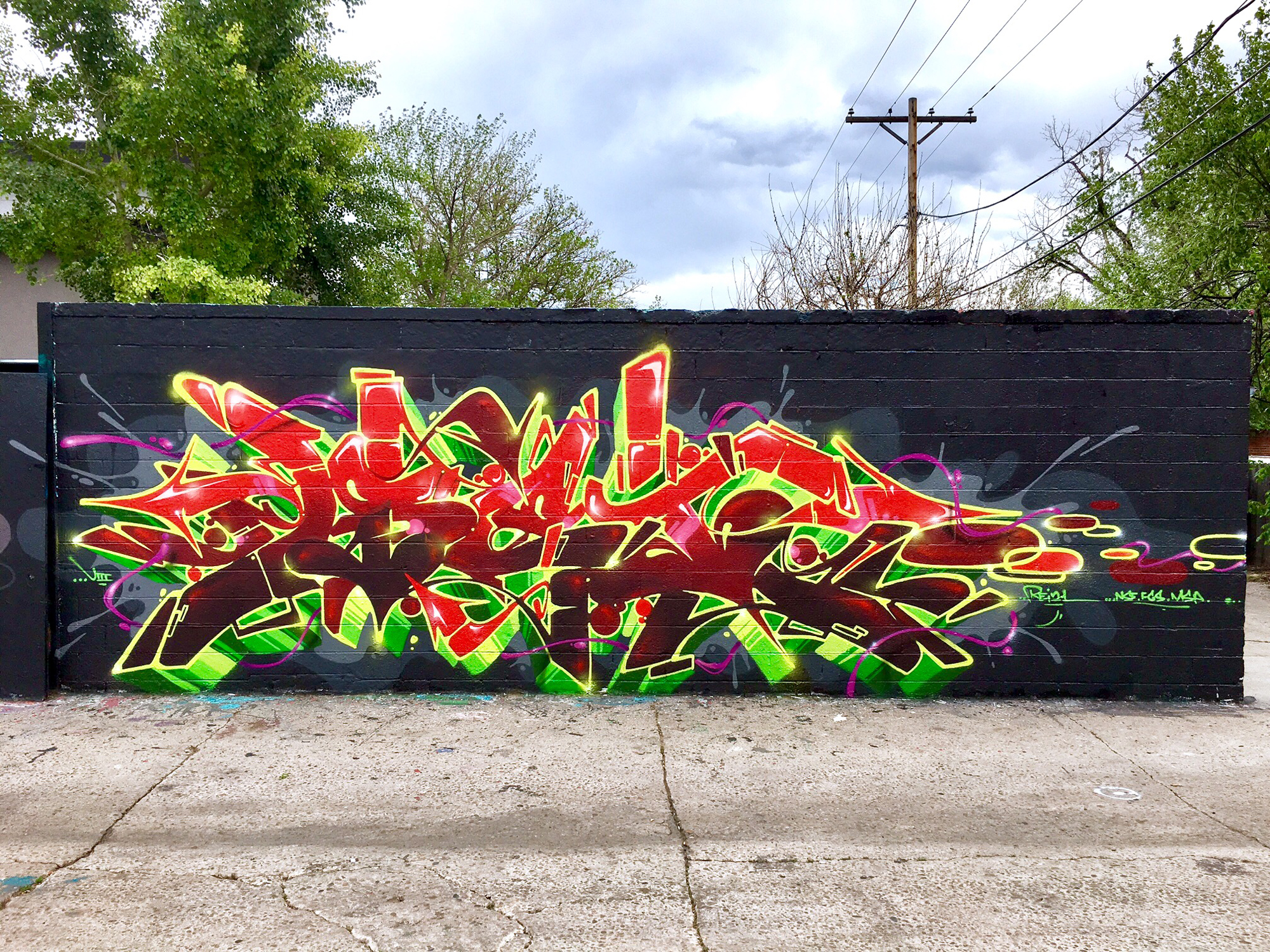 Do you make a full time living off of graffiti? If so can you tell us what that first gig was like and how you landed it?

I’m a full-time artist now, not just graff, but doing commissions, custom paintings – and via my brand Junction XXI, I also sell art pieces and railroad related tees and whatnot. I also run a media services company specializing in motion graphics, web development and video production. I don’t exactly recall my first gig, but I remember getting hosed a couple times when I was younger, so make sure you have everything in writing and signed! 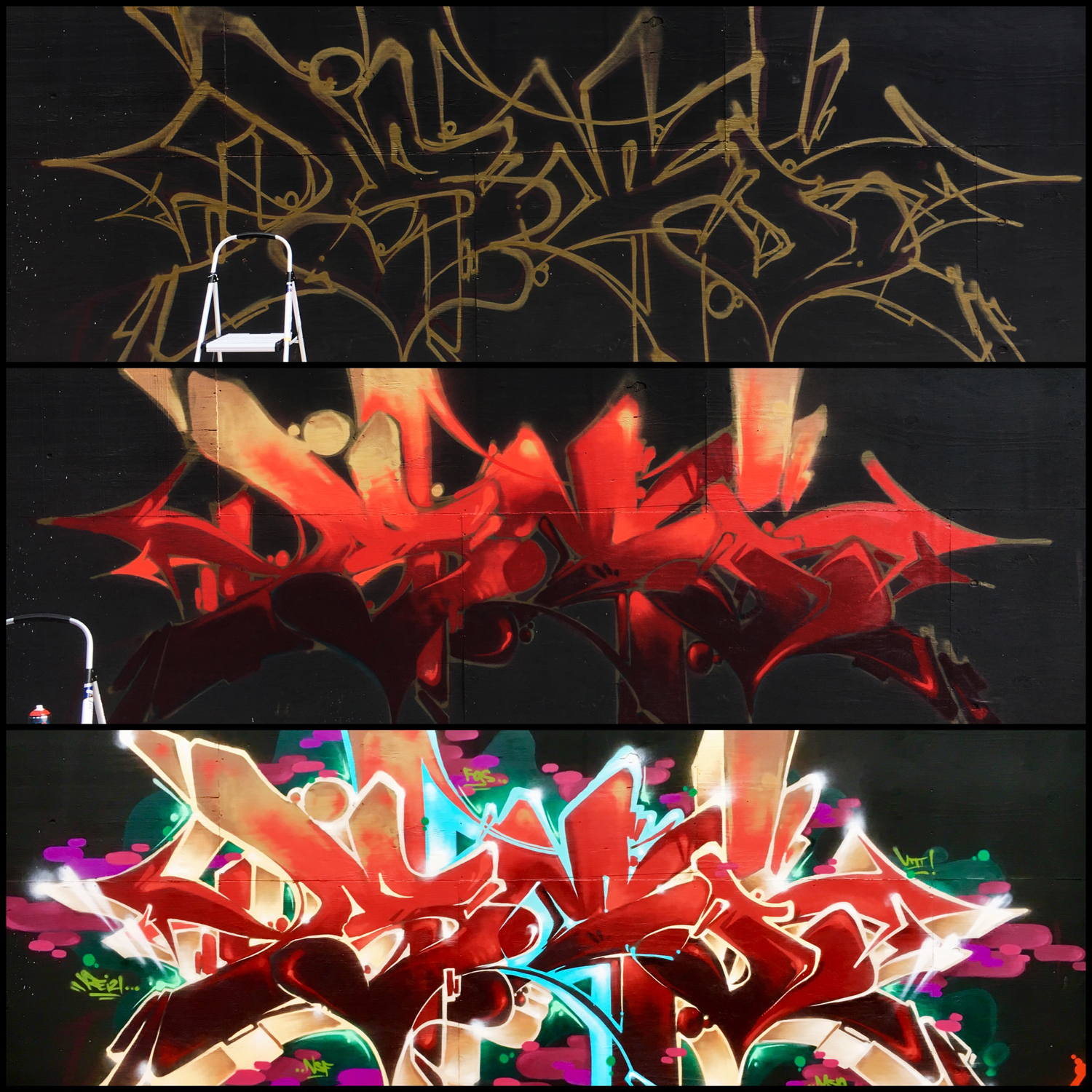 We just entered into 2019, how was 2018 for you? I know you made mention in a recent post that you traveled a whole lot this last year what was some of your fondest memories?

For me, travelling is one of my favorite parts of graff. Since I was younger I’ve really enjoyed getting in my car and just taking off, spraying in new cities I’ve never been too, linking with folks, finding new spots, just good times in general that make for great stories and memories over the years. Last year was another good one, hitting Connecticut, NY, Cincinnati, Philly, Baltimore, Indy, Kansas City, Tennessee, Florida, and a few other areas. Looking forward to another big year in 2019. It keeps things fresh and exciting…on the bucket list is to spray in every state – and more international travel.

A lot of artists are dipping back into their old work and showing people how far they’ve come by comparing their work from 10 years ago and today on instagram. How do you think your work and your life stacks up to what you were doing 10 years ago now? Have you accomplished all the things you set out to do?

I’m not sure if I’ll ever completely accomplish all the things I’ve set out to do, but half the fun is the process of going after it and seeing what results follow. I think it’s cool to see the before and after posts, 10, 20, or 30 years later. It’s always fun to look back on where you’ve been and see how your own and other styles around you have developed. Then it’s re-group and focus back on what’s next! 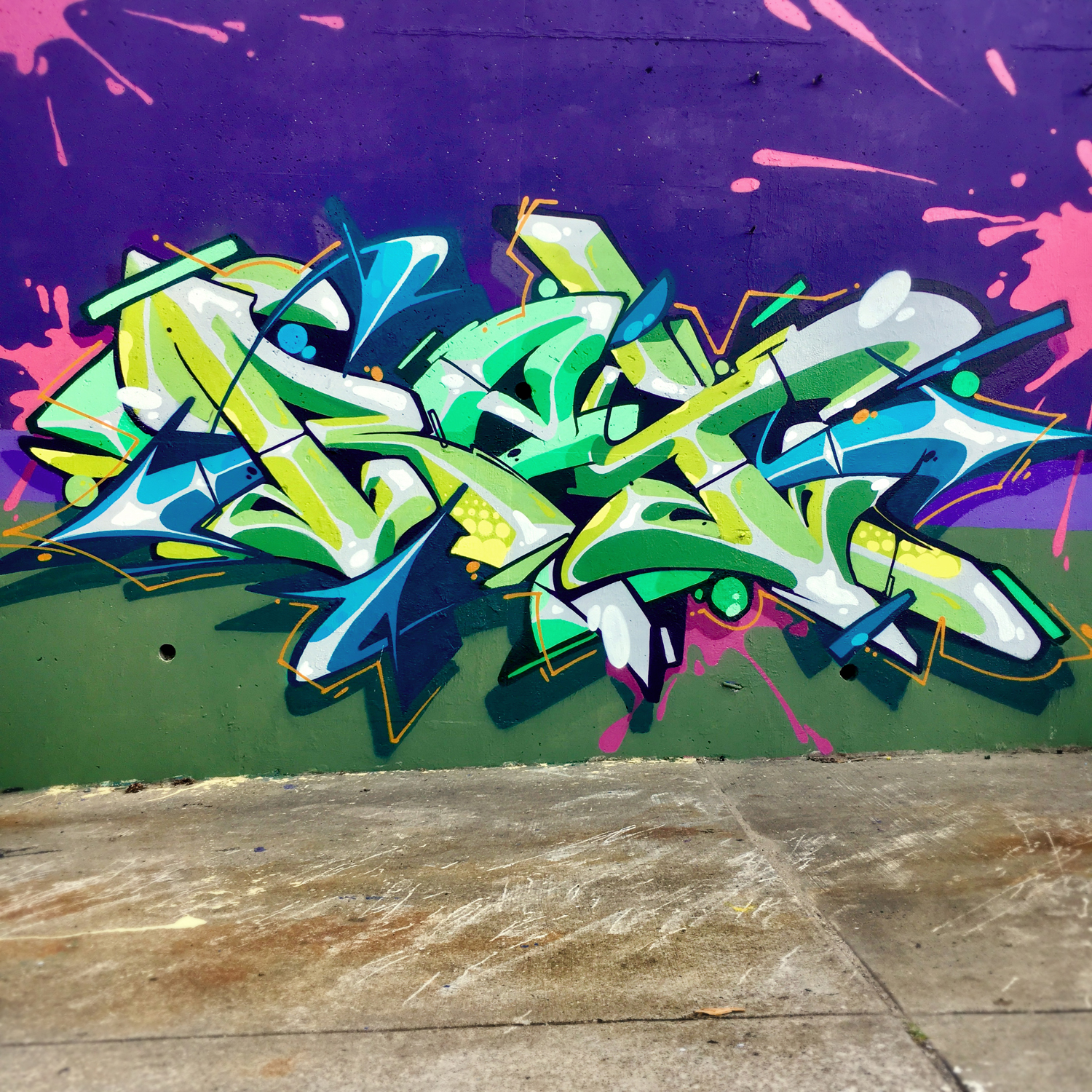 When you were coming up who were your inspirations? Was there anyone specific that inspired you to do graffiti and who inspires you today?

I’ve always said that the people around me are who influenced me the most. I’m guessing this is true for most people, but you can’t help but be inspired when your homies that you paint with the most are doing great work…it just adds that much more fire to go out and push harder. Probably too many to name specifically because I’m sure I’ll forget some, but yeah all the folks I’ve called friend over the years I’m sure have inspired me to some degree…and there’s been a lot of slept on graff artists with lots of skill in the Virginia/DC area over the years. Other than that, certainly get inspired by civilian artists as well, films, even just nature around us. Inspiration is everywhere really if you keep your eyes open to it. 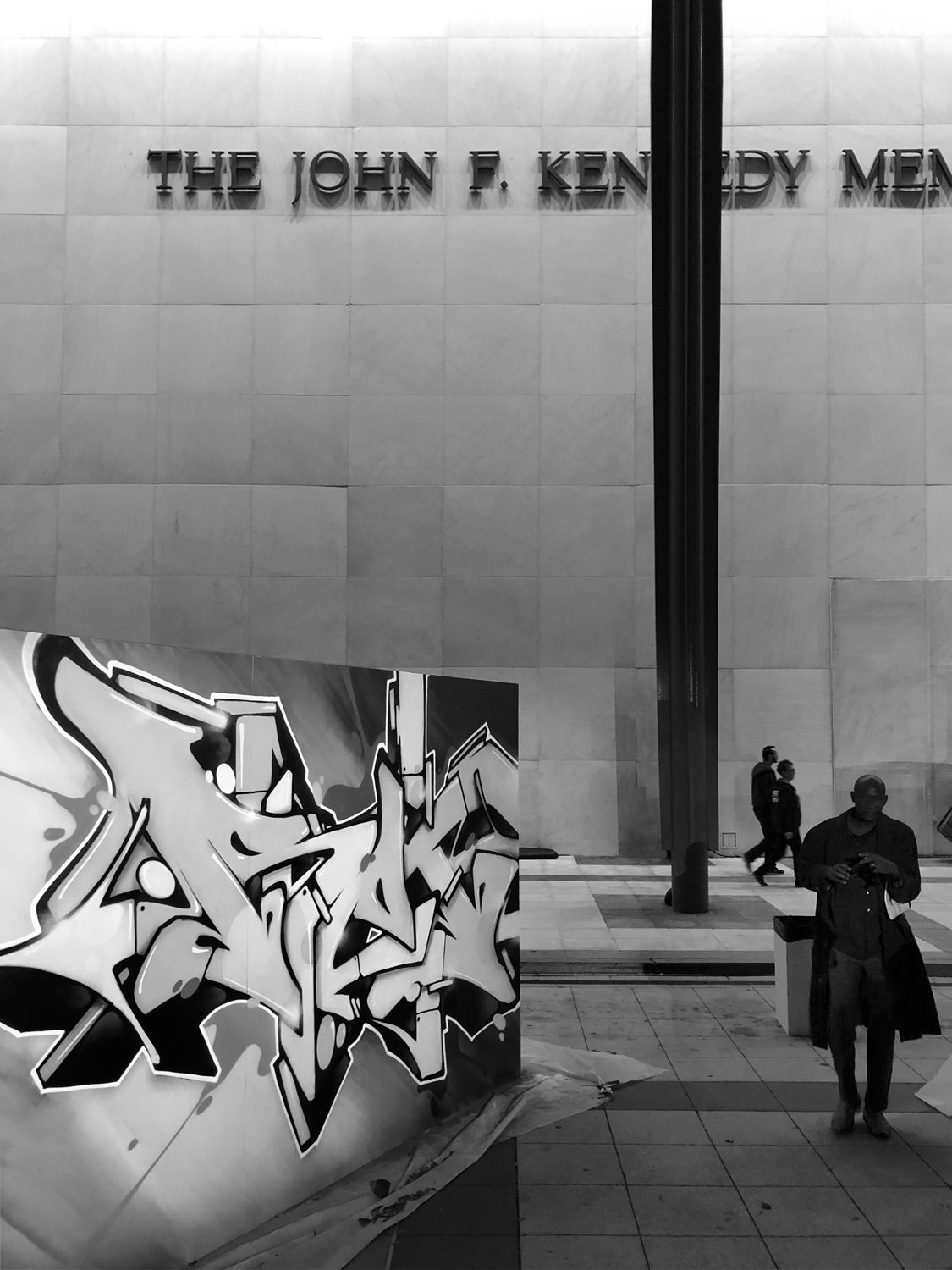 I’ll always enjoy my golden-era/90s Hip-Hop, but also just depends on what state of mind I’m in. Besides that, usually some sort of mix of older Blues, Johnny Cash era country, Gregory Isaacs, Bad Brains, Company Segundo, some classic rock…I guess I’d say I typically like the older stuff more than what’s out there today, with some exceptions. I also play blues harmonica, so lot of Muddy Waters, Lightnin Hopkins stuff, especially during the warmer side of the calendar. 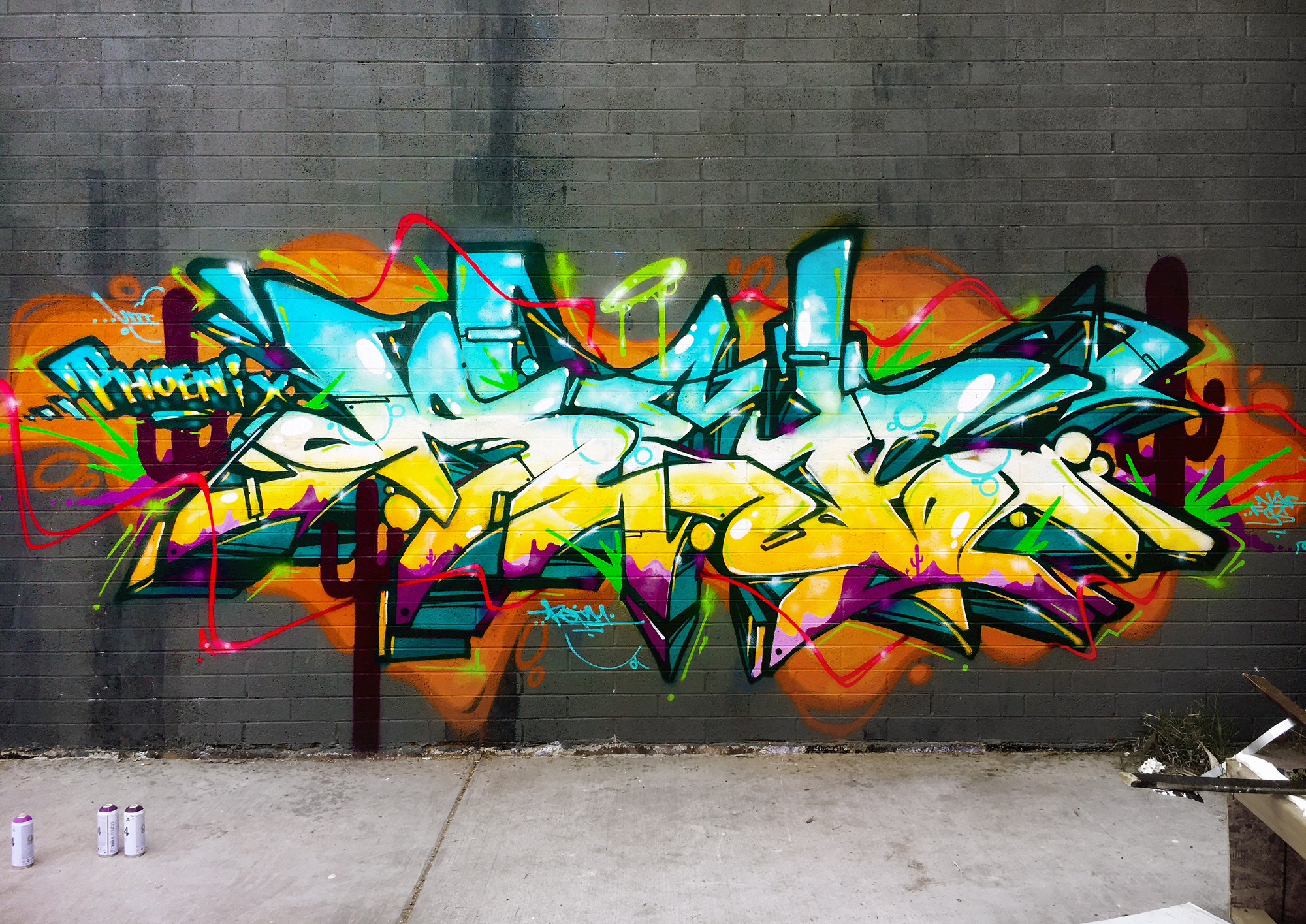 Your sense of color is on point, everything you paint has this very lavish and strong color that really grabs you I love it! Do you have any tips for people out there struggling to up their color game? Is there specific exercises you do or do you just experiment in your black book a lot?

I’ve really made it a point to actually study color and what makes things look a certain way and why. There’s all kinds of theories and principals that help to create strong color schemes and arrangements, but mostly for me it comes from trying to visualize it ahead of time. What colors would I enjoy seeing next to each other? Then maybe testing a few colors and seeing how they look together and go from there. It’s why I sometimes bounce around in my piece as opposing to having a set scheme. I tend to favor the tertiary colors over primary because I think it looks better personally. Also – in a pinch you can search for some stock color palette samples and get some good ideas there as well. 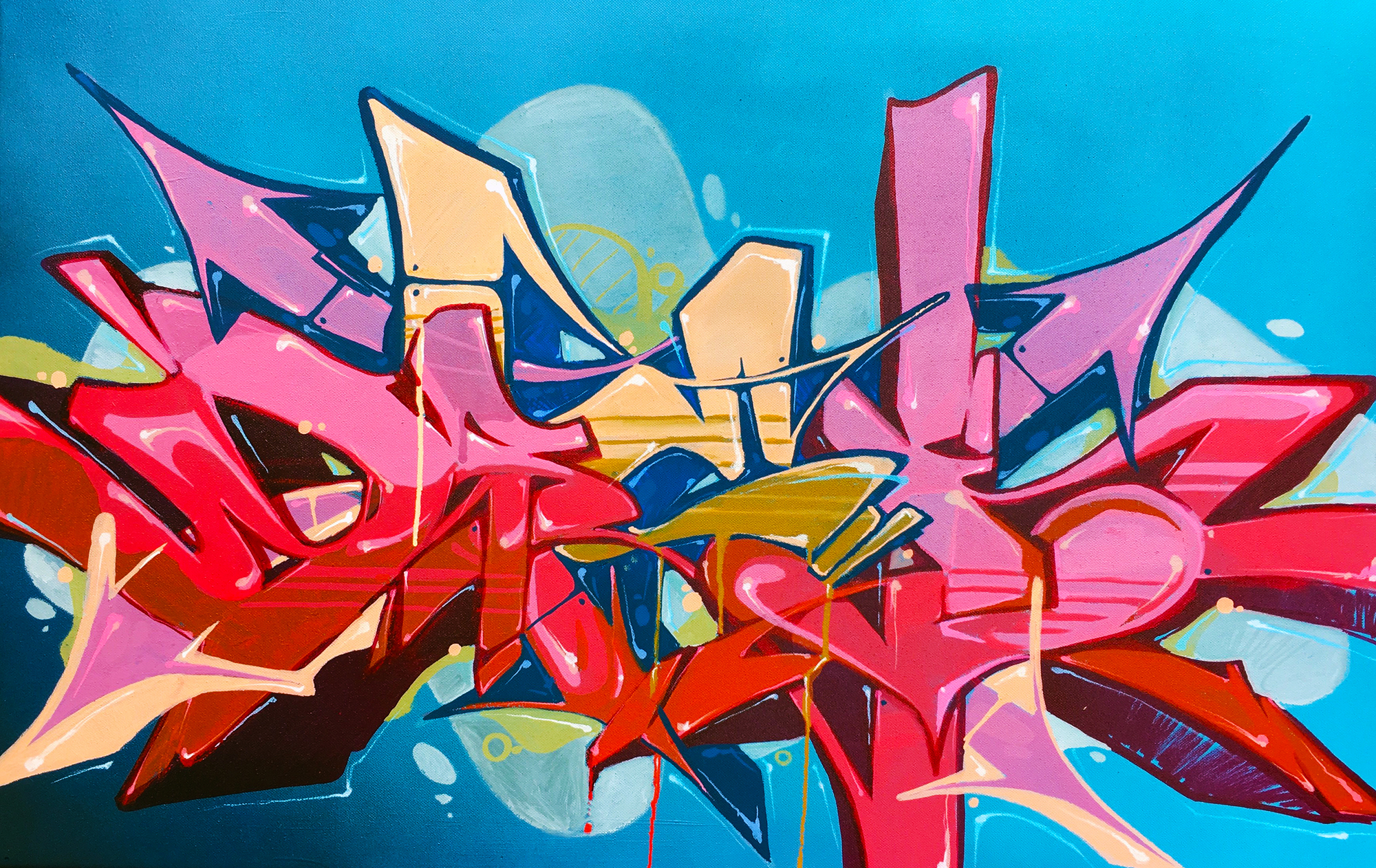 I see you do a lot of collaboration. Do you think you learn a lot from collaborating with other people? What was your favorite collaboration piece and can you tell us how that came about?

Yeah you definitely can learn by collaborating, especially early on in your career – whether its scheming on colors, picking up a new way to do a little trick, or the process of painting a piece, background, etc., but you also learn a lot by experimenting and seeing what works and what doesn’t work too well. I don’t think I have one particular favorite, but the folks in the DC/Virginia area know one of my main sparring partners in the 90s and 00s was and is Envy137. We did a lot of conceptual type productions back then that were a lot of fun. 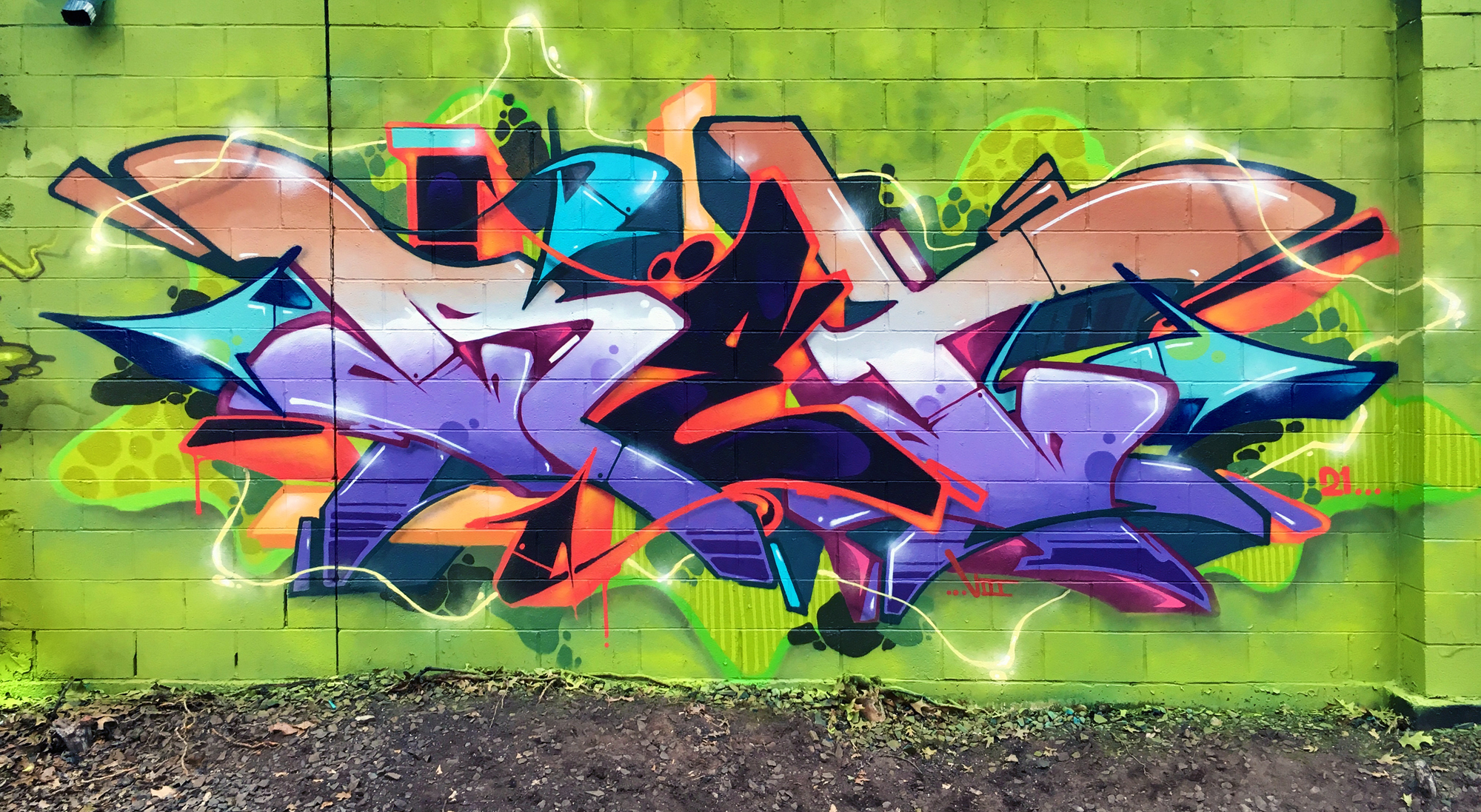 Getting surrounded by a squadron of cops and taken to jail in the Bronx with Con, Apart, and Zine in 2000 was a pretty good one. Or the countless run-ins with yard employees, wild animals and even some strange encounters with ghost-type stuff for lack of a better way to put it. Or breaking down in the middle of nowhere; cops in Florida thinking we were going to making bombs with “all that spray paint”; the hotel in Nashville story; the two times I drove cross-country and back. I mean, yeah I’d say like most writers there’s too many good ones! Always down to trade a good chase story. 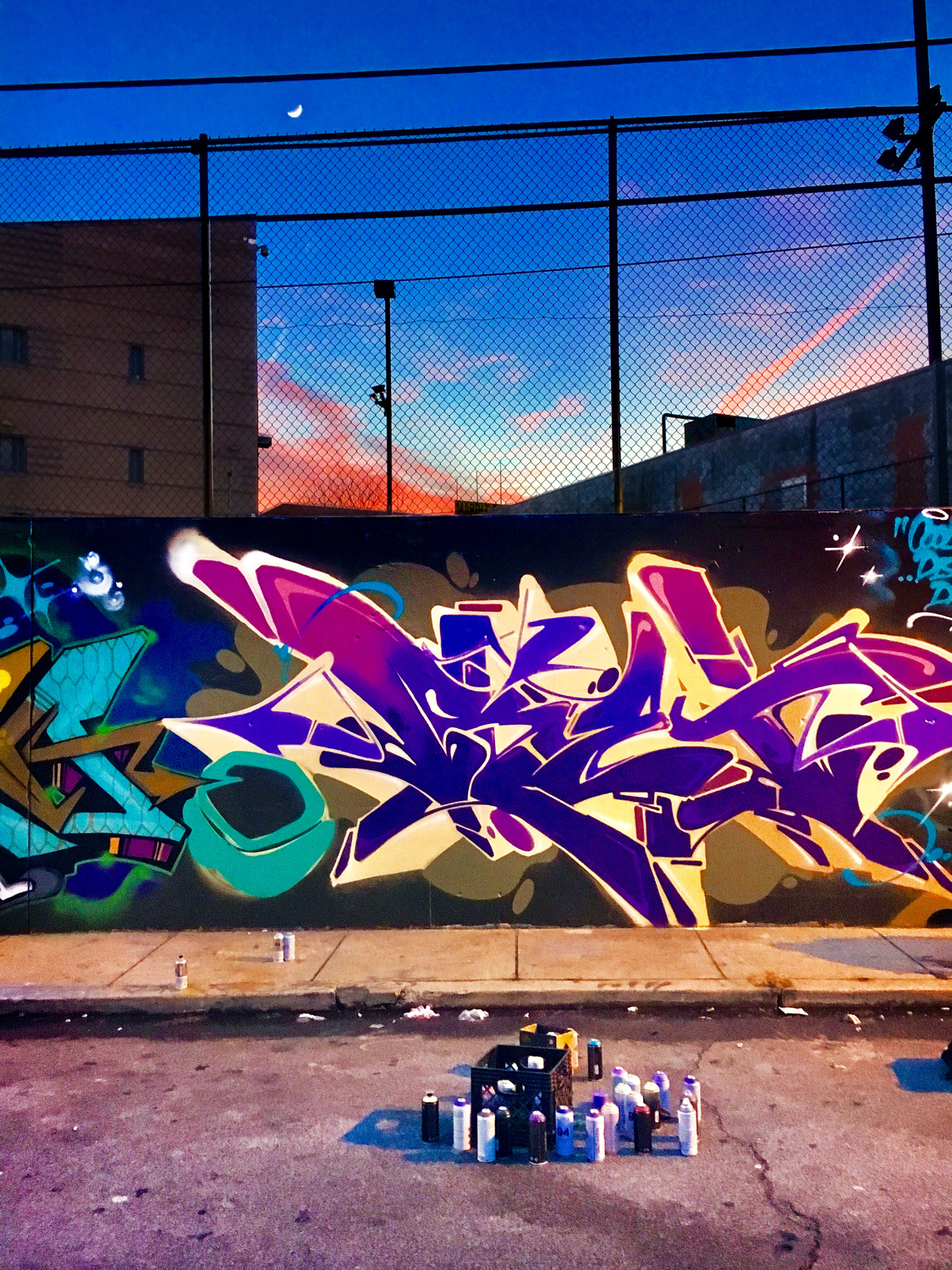 Shout to the crew homies NSF, FGS, MSP; to everyone who hosted and sprayed with in 2018, a future shout to those hosting in 2019. Shouts to everyone from the DMV early years who still paint, and those who don’t anymore. And especially to Wifey who maintains the love and support regardless of this crazy lifestyle we chose. I’m on IG at @junctionxxi and the website is junctionxxi.com – the updated version with the store for artwork and apparel should be ready this spring! 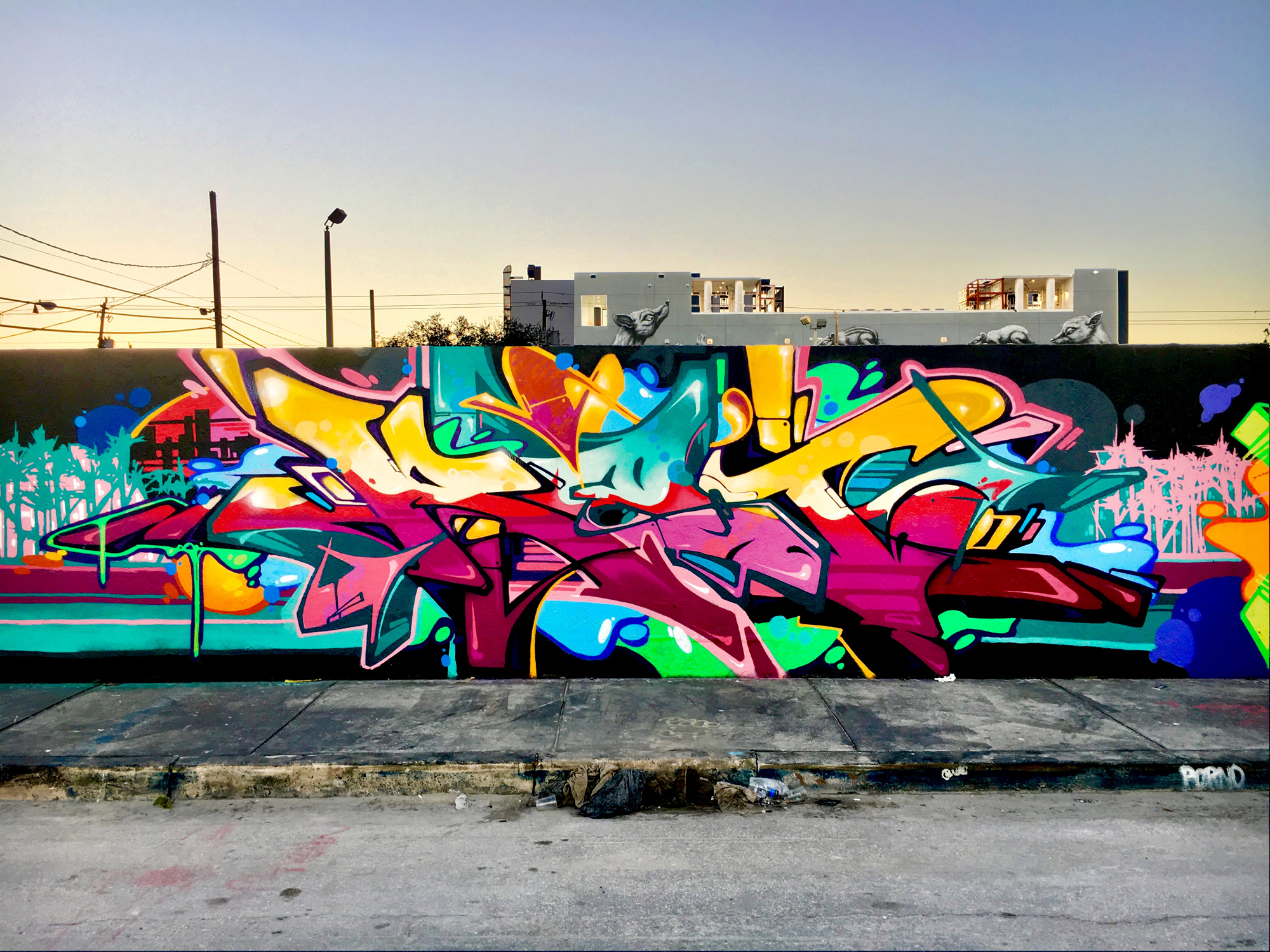 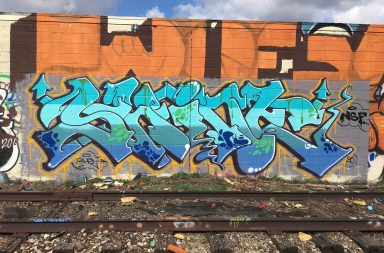 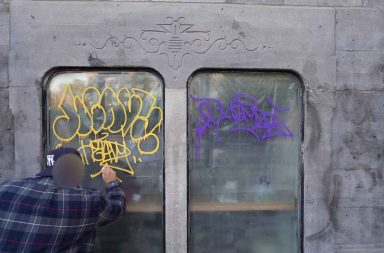 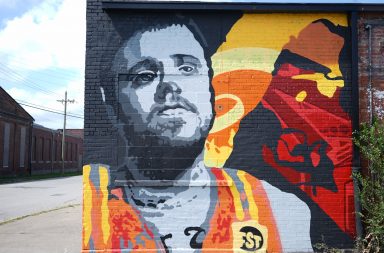