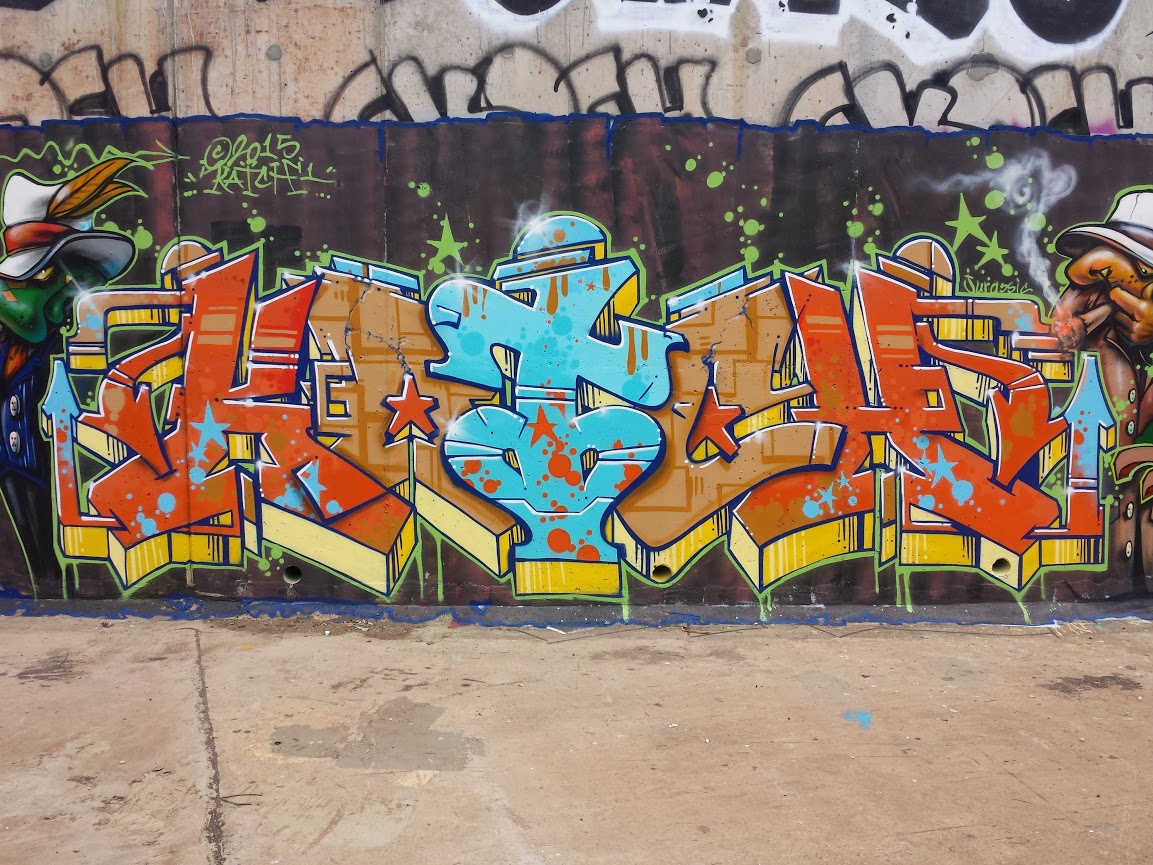 Katch’s graffiti journey needs to be documented. To see his detailed, imaginative mind come to life on trains & walls is what separates our movement from the rest of society. His art is a wondrous revolution of the senses, truly taking matters into his own hands and facilitating a metamorphosis of the gray & lifeless. To see one of his top 2 bottom trains in person is like hitting the graffiti lottery. Katch is yet another example of why graffiti sets trends and “moves the needle” of society on what is cool & possible with drive, vision & discipline. So join us as we take a glimpse into the mind of Hawaii’s very own, Katch.
-Jehu OSD

You always struck me as this enigma, doing the most magical trains then disappearing into the shadows. Tell me about your approach to graffiti.

I’m naturally an introvert. I enjoy slipping in and out of the yard. If I’m hanging out at a party, I’m usually the one cruising on the side, just kinda checkin it out. I think as I get older I’d rather be at home working on the next piece or canvas, or just hanging out with my family. As far as graffiti, I like to be really prepared and organized. It shaves time when you’re painting. You already know where everything goes and what color it will be. I would much rather work it out at home than at the wall or in the yard. I’m a fan of quality over quantity, but I do understand and respect both.
“I like to be really prepared and organized. It saves time when you’re painting.”

I’m glad you said that because I totally agree. That pre-planning goes a long way! Your trains & walls are so detailed and imaginative, at what age did you start drawing?

I started drawing as soon as I could hold a pencil. It’s always something I did. When I talk on the phone or if I’m waiting, I naturally want to doodle. It’s what I turn to when I’m bored or if I’m waiting around. I’ve always been “the artist”, so I’ve learned to identify myself with it.

Growing up, what cartoons or artists really lit that creative fire in your spirit?

Growing up, I liked the Warner Brothers characters, Disney and Hanna-Barbera characters, particularly the bad guys. They just seemed cooler. The main ones were too soft. The characters in Disney’s Robin Hood, and Hanna-Barbera’s Wacky Races were some of my favorites. I would pause the VCR and try to copy them. I also liked Mad Magazine’s Sergio Aragones and Don Martin. I would gravitate to their drawings, even though Sergio’s work was usually small drawings on the side of the magazine, or Don Martin’s was just a few panels. I was always drawn to cartoons and cartoon style comics. Graffiti and characters naturally became the next thing I was into as a young adult. After I got into graffiti, Vaughn Bode was a big influence. All these influences slowly merged into my style.
“It can be the difference between lasting 1 day or for 1 decade.”

I won’t say exactly where in an effort to preserve your landmark but just south of Los Angeles on the freeway, you have a tag that has been there for at least 20 years. As a kid, I would see that spot of yours and it made me think that I should also be strategic in my graffiti placement. Tell me your thoughts on graffiti strategy and placement.

I feel like spot placement is more effective than running numbers. It’s worth it to stop and really think about what and where you are painting. Sometimes a spot will be front and center during the day, but really dark at night. It can be the difference between lasting 1 day or for 1 decade. Sometimes you just get lucky. Ironically, the one that you are referring to was done on a whim while walking to a spot across the freeway.
“I’ve shaved it down to about four to five hours”

How long does it take you to rock one of your top 2 bottom production train?

The first one I did took 8-10 hours. I remember it was already really sunny when I left. Over time, through experience and planning, I’ve shaved it down to about four to five hours, depending what I’m doing. I plan for weeks and start preparing for hours before I get to the yard.

Focused, systematic painting! I would imagine that when it comes to buffing trains, that the workers might let yours ride because of the whole car, very detailed work you put into them. Any stories or insight you can share?

I recently got a DM from a worker in Texas who had one of the trains I painted in their shop being serviced. He commented that he and his coworkers took pictures and had to find the artist. He sent photos of the train in the shop. I also had another worker somewhere (Louisiana?) hit me up and he ended up commissioning me to do some graffiti style logos for him.
“the yard has a buzz and a hazy light that is zen like, I get lost in it.”

Describe your ideal night painting trains, both before you get there and the satisfaction afterwards knowing that you just rocked another whole car. Celebratory meal?

I’m usually getting ready all day. Writing the color names on the cans, printing sketches, and packing the bag. I drive by the spot during the day, if possible. Driving there I’m always a little nervous. I always end up having to piss as soon as I get into the yard out of nervousness. I carry toilet paper just in case I get really nervous. Lol. It’s my favorite when I’m by myself because it’s quiet and the yard has a buzz and a hazy light that is zen like. I get lost in it. Driving home I usually stop at McDonald’s as a celebratory meal. Usually I’m not up early enough for Micky Dee’s breakfast. When I get a McDonald’s breakfast sandwich on other occasions, it reminds me of the morning after painting a whole car. It almost brings back the “I pulled it off” feeling.

I usually paint by myself as well, less to worry about & you can get right to work! You have been actively painting graffiti for so long, what is a day in the life of Katch?

I don’t paint much anymore. I do a lot of graphics and logos. Occasionally I make product like hand drawn hats, hoodies or slaps. Sometimes I sell canvases or prints. My days are usually spent on a graphics tablet, or running errands. Sometimes I do murals and work for schools and businesses. Nights are often spent working at a tattoo shop.
“We have pieces that have been running for decades.”

What is graffiti like in Hawaii? I’ve always seen pictures of yards out there getting rocked and I see you are active in those yards, describe the essence of when tropical island paradise meets raw revolutionary art.

Graffiti writers seem to have a little more respect for each other here. There is still drama and beef, but it doesn’t seem to be as mindless as some other places. We have ditches and waterways where pieces have been running for decades. I feel like this keeps the pieces a little more quality as well. It seems to feel more like a whimsical adventure when I paint here. I often find myself hiking to places, climbing under and over things to get to a sacred place where I can paint whatever I want and chill.

Nice, those characters you painted 10 feet off the ground, around the drainage opening are so sick. Do you have favorite characters that you paint and do you name them?

I don’t have favorite characters per se, but there are definitely ones that are more popular and ones that seem to roll off my fingers a little easier. The rat, the guardian, the masked soldier (bomber), the evil geisha, the skatebird. They don’t have personal names, just the general terms. There is a scenario in my head with two rat brothers I was planning to animate. One paints and the other one skates.

It makes sense that your art would be animated in some capacity, which is also seen on your IG. Are there more plans to turn your art into a full blown cartoon or anything like that?

I’m hoping to do a few animated shorts. The work involved in animation is frankly overwhelming, so the process is slow. Computers at least make it possible. It used to take me months to do 15 seconds… (24 fps x 15 seconds… that’s 360 drawings). Frankly animation has always been on my mind. If you are drawing characters correctly, you are always thinking about motion and how your character is moving and existing in a 3D space. When you are painting a character, it is really just one frame from a 3D animated sequence in my head.

It seems like the most natural thing to see your artwork in the form of a cartoon. I really hope that happens for you. Do you rep any crews?

I sometimes rep NASA as I hang out with Just 195 and the crew when I’m in LA. I’ve always tried to avoid crews, as their beef becomes yours. I’d rather be able to hang or paint with everyone was my mentality.

Not really, but I guess I should… In short, in 2002, my partner was arrested. It was mismanaged and fell apart after that. I had to rebuild my life and start a career as a tattoo artist to support myself. I have a friend who refuses to let it die, so he is working to bring the original vibe back with my art and the original logo under the name “Natty Konz”.
“If I’m not writing on things, I’m probably skating on things.”

Skateboarding has this element of, creating magic out of nothing, out of anything, anywhere & anytime. Tell me your thoughts on the parallels of skateboarding & graffiti.

Skating and graffiti have many parallels. They are both victimless crimes. They both take practice and skill. I feel like it’s the same vibe and feelings, just a different skill set. Graffiti is more permanent, so the punishments seem greater, but with skating, you are sometimes risking death, or at least a hospital visit. If I’m not writing on things, I’m probably skating on things.

Hell yeah, I feel that. Skating & graffiti both saved my life. What does the future hold for Katch & how can people see more of your work?

One day I woke up, looked around the studio and house, and I realized that over the years, I sold all the good canvases. All the work around me was the average ones that I didn’t want to sell or just wasn’t feeling. That motivated me onto a cycle of painting new canvases. I hadn’t really taken my time and really put the effort into canvases for years. I also had a colleague that introduced me to James Gurney’s book, “Imaginative Realism” which inspired more research, models, and sketches before actually painting. The preparation dramatically increases the quality of the painting. I’ve been dabbling in animation my whole life, and with the advance of computer programs, I’m finally able to start to do the things that would take too much time to do single handed. Expect more quality canvases and some animation. I also feel like I am getting better at tattooing with each tattoo I do, so I plan to continue that journey. Thank you for the opportunity. Appreciate it. Mahalo and aloha from Hawaii.

To see more of Katch’s work, hit his IG 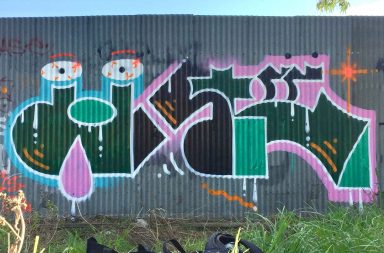 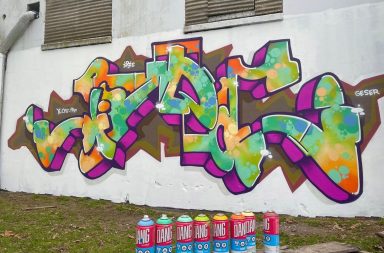 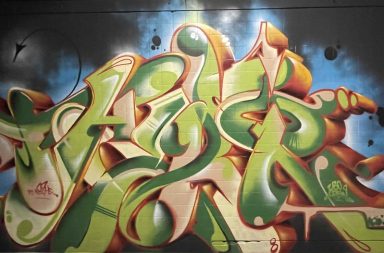