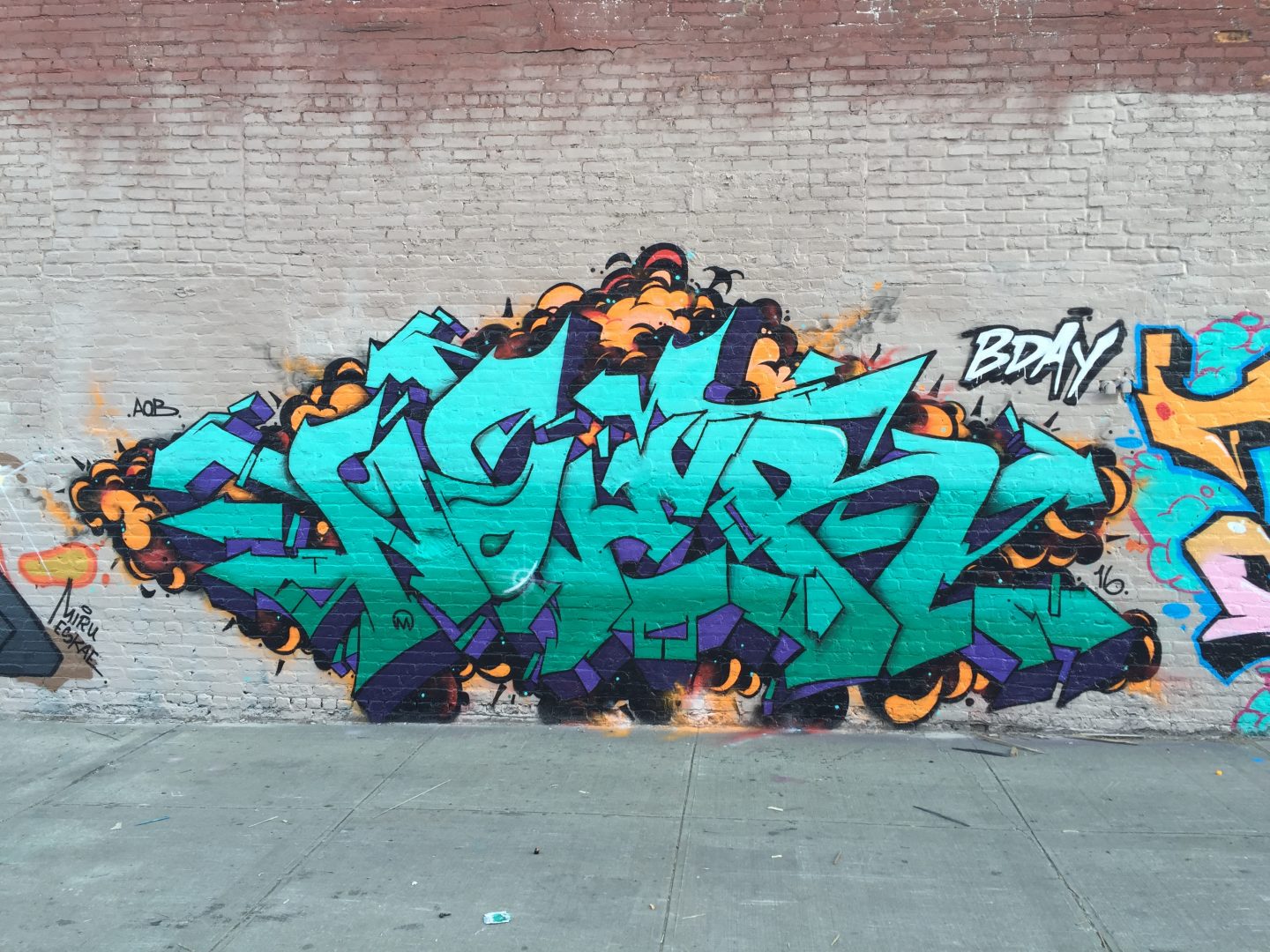 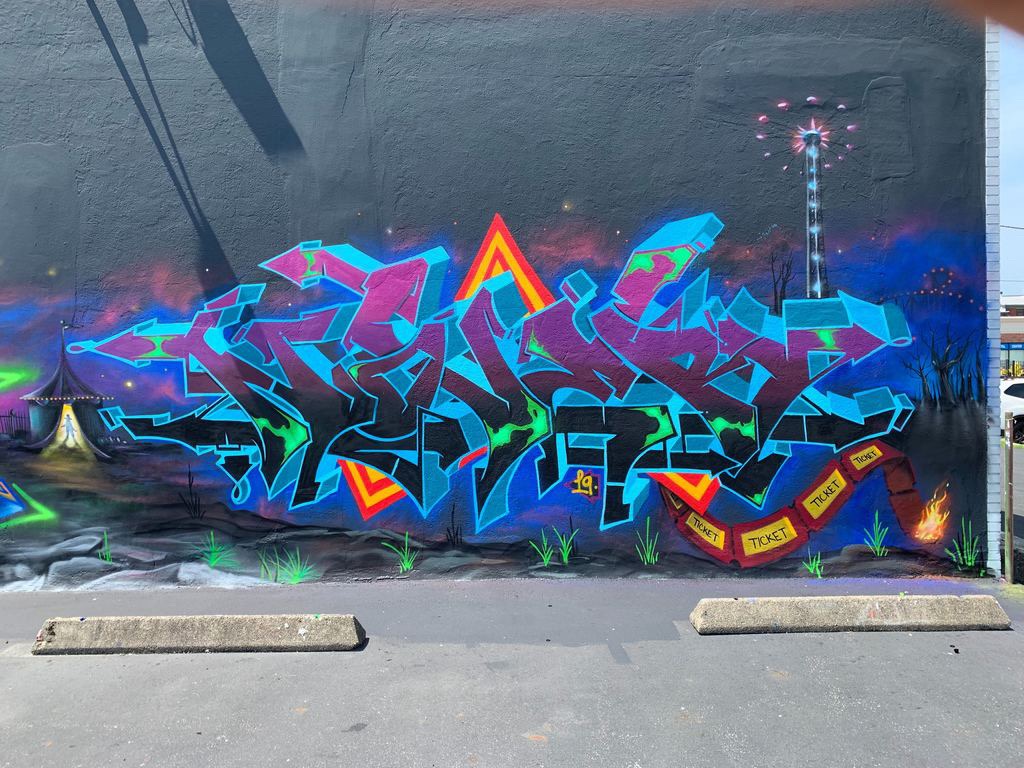 Alright so thanks for taking the time out to do this interview, can you give us a brief introduction to who you are and what your history is in the graffiti world has been?

I am a graffiti artist from The Bronx. I go by Nover, and I paint with crews AOB & BT. I began in the 90’s tagging on walls and freights. In the late nineties, when my parents passed away I was forced to stop and began focusing on work. Later down the line, I picked it back up when I met up with an old friend in 2010, STU one. He put me down with AOB back in the 90’s. When I started I painted with him, and another writer named YE. I haven’t stopped since. 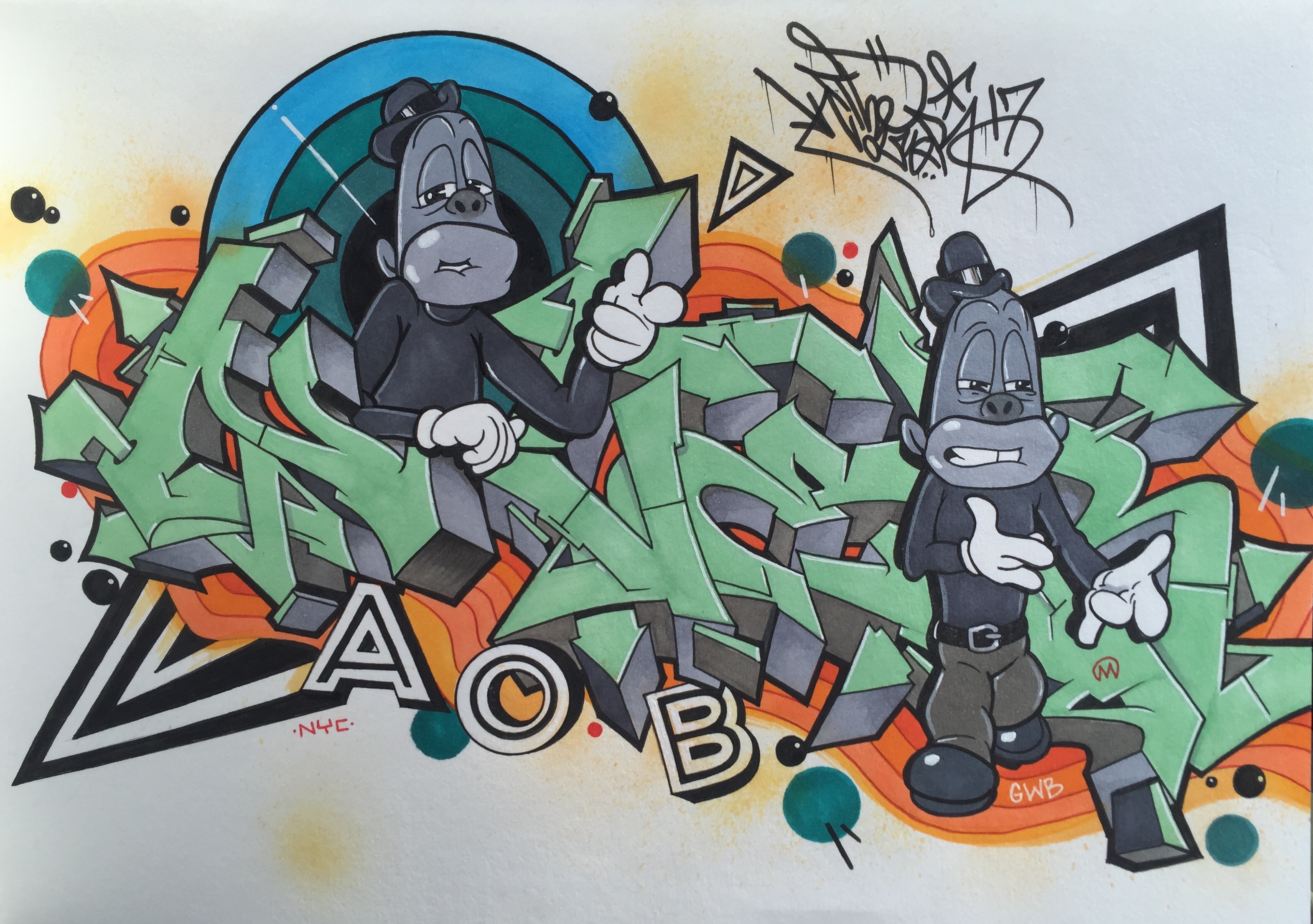 One of the things I noticed immediately is you have the ability to do both letters and wall art but you are also phenomenal at the 90s comic book style and anime. I’m curious how do you jump between the different styles of art? Who are the traditional artists that you have learned from and what was your method for drawing in so many different ways?

I feel when you’re an artist you are born with it. Its up to you to decide which style of art you want to do. What attracts me to comics, the characters always look like they are in motion. They look as if something big is happening in that moment. As a child, comics were the first form of art I saw. You can literally draw what you see, page by page. As I got older graffiti gave me that same feeling. The letters bend without losing their structure. They look as if they are in constant motion. When I started blackbooks to practice letters, I always placed comic book characters to create themes like I’ve seen on walls. I always feel the characters compliment my letter style.

I’d say I’ve learned from many crews in the Bronx such as TMT, FX, Tats Cru, and BT. These crews have some of the best artists from the 90’s. My method for drawing so many ways is to learn to do different styles and not being stuck with only one.

As a bomber I knew I’d do more, like Wildstyle, characters, with backgrounds. Bombing is something fun to do with friends, to chill with in the night. I only bomb with friends to hang out. I’d rather do production work and burners because I have more skills than just throwies. 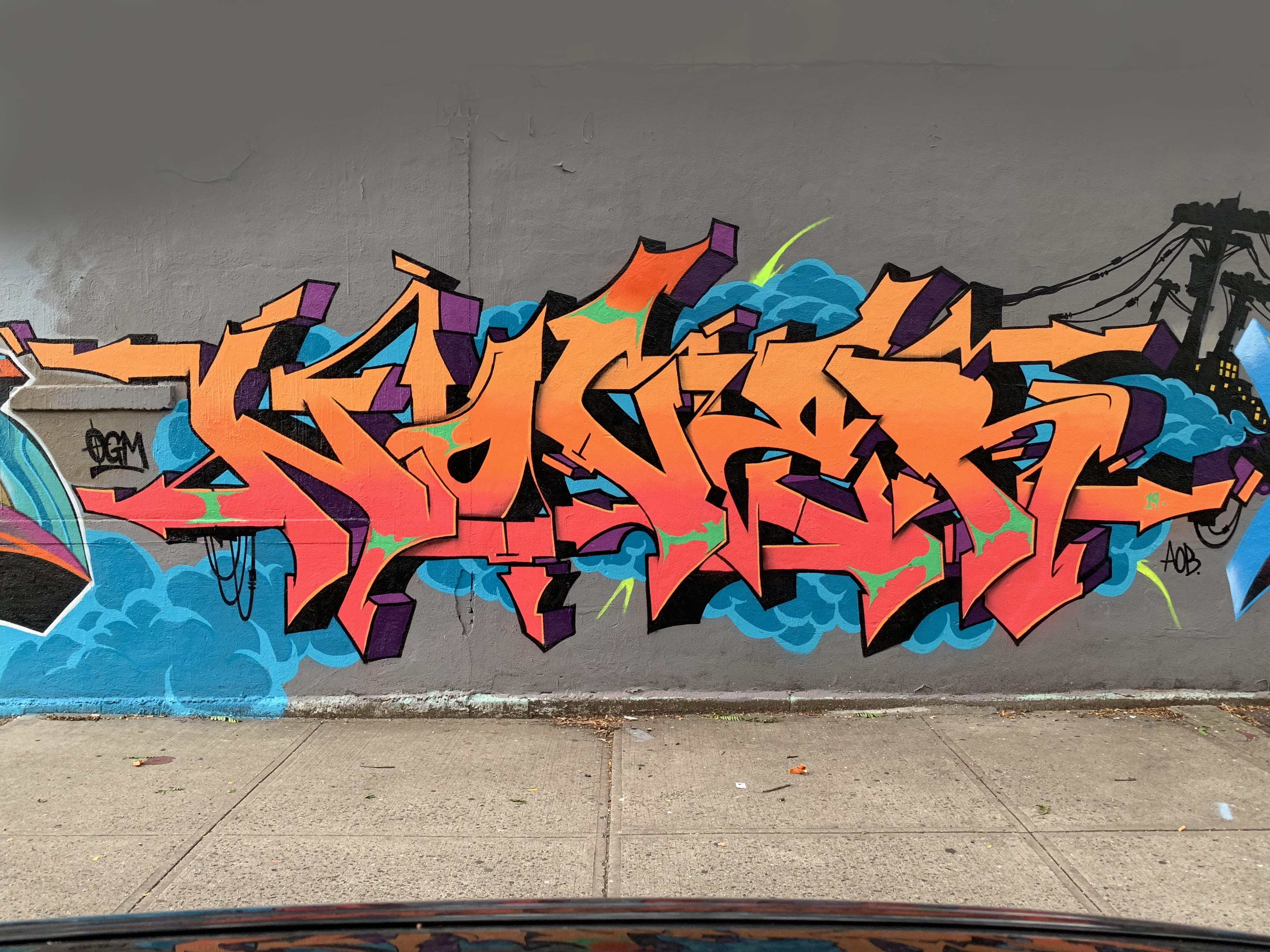 I’d say Flip the Script, because it gives a lot of insight on letter form from the best Handstyle artists to this day. It explains why and how writers use quotations, and halo’s. You also get to see different Handstyles from California, Philadelphia, Detroit and so on.

Another good book is KAWS Rizzoli. It shows his beginnings all the way until he presents in his first gallery. It gives you insight into how it’s possible to begin from the streets and reach mainstream. 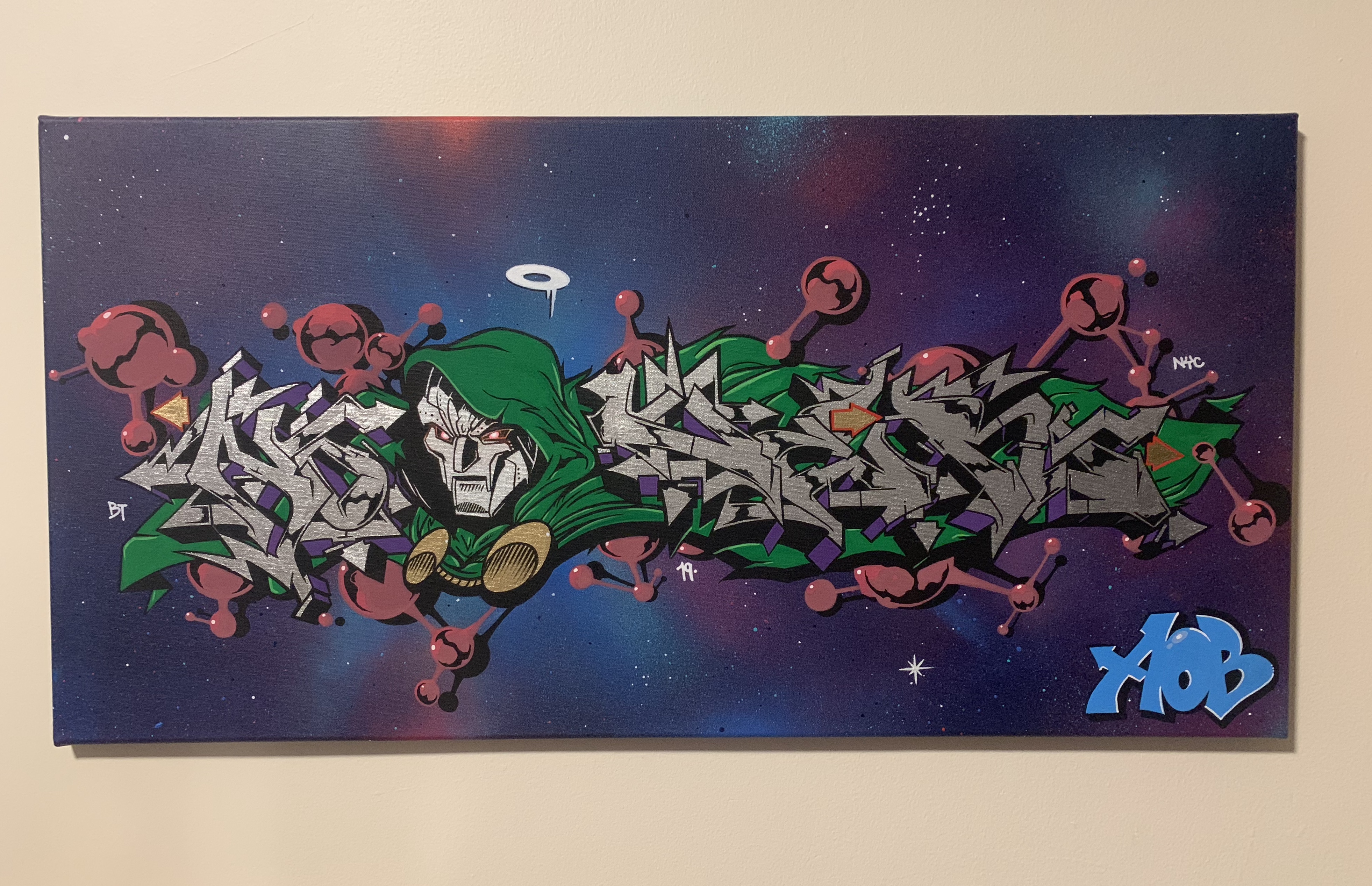 What was your favorite comic book or anime growing up that still inspires you today? I was always a huge fan of greg capullo’s work on spawn. The inking was always awesome.

That’s funny you mention Spawn, because Tom McFarland is one of my favorite comic book artists. All his work from Venom and Spider-Man with Marvel, all the way to Spawn. Another artist I love is Jim Lee.

For a lot of artists the gap between doing this as a hobby and a career seems to be an impossible gap to cross. Can you tell us how you got the ball rolling on your career? Did you have any major setbacks that made you reconsider your aspirations or at least make you step back and realize it would take more work than you thought?

It’s very true. It’s hard to make money off of graffiti. You really have to put in work over the years and be respected amongst your peers. I honestly think you shouldn’t be making money off of graffiti if it is a hobby. But at the same time people love your work and its not as if you can hit everyone’s blackbook for free. That’s time and money alone. I sell pen and ink work from time to time for the ones who really love my work. I am currently transitioning to only doing Graffiti on walls, and selling my new body of work in galleries. I’m not doing Blackbooks and canvases anymore.

Not really, just everyday life the back and forth from work can motivate you not to create.

I definitely don’t listen to any new music that is out. I also don’t have much time to create a playlist so I’ll play artists like Jay-Z or Raekwon, and let their full albums play through. If I’m drawing at home I’ll usually watch TV shows or documentaries. 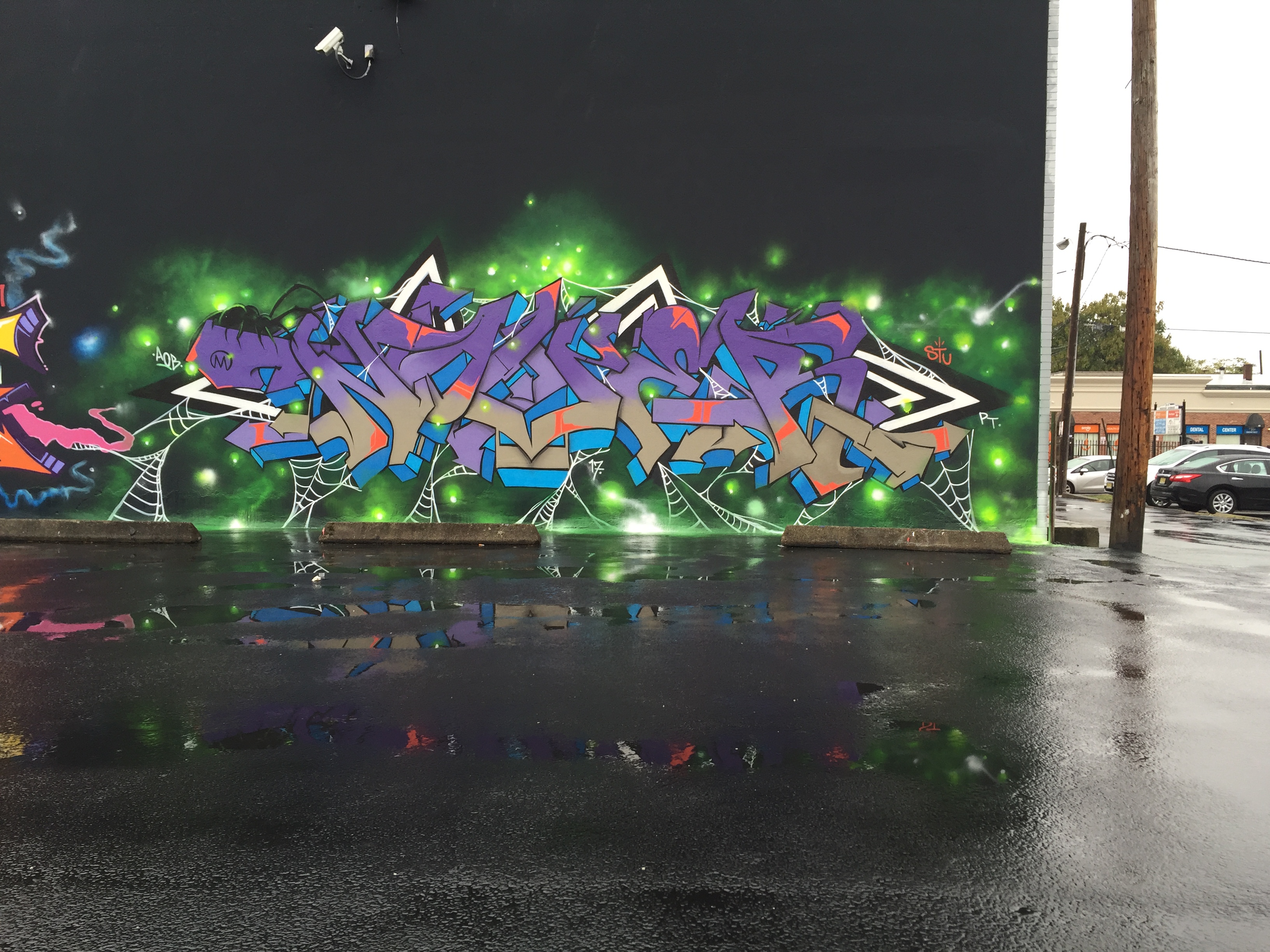 Stick with a style that you like and try to master it before moving on. With Graffiti or art in general there are so many different mediums. You need to learn your tools to create.

Yes, sketching in books gives you more of a sense of what you’ll do before your main project. Picking out color schemes, letter structure, or the theme. 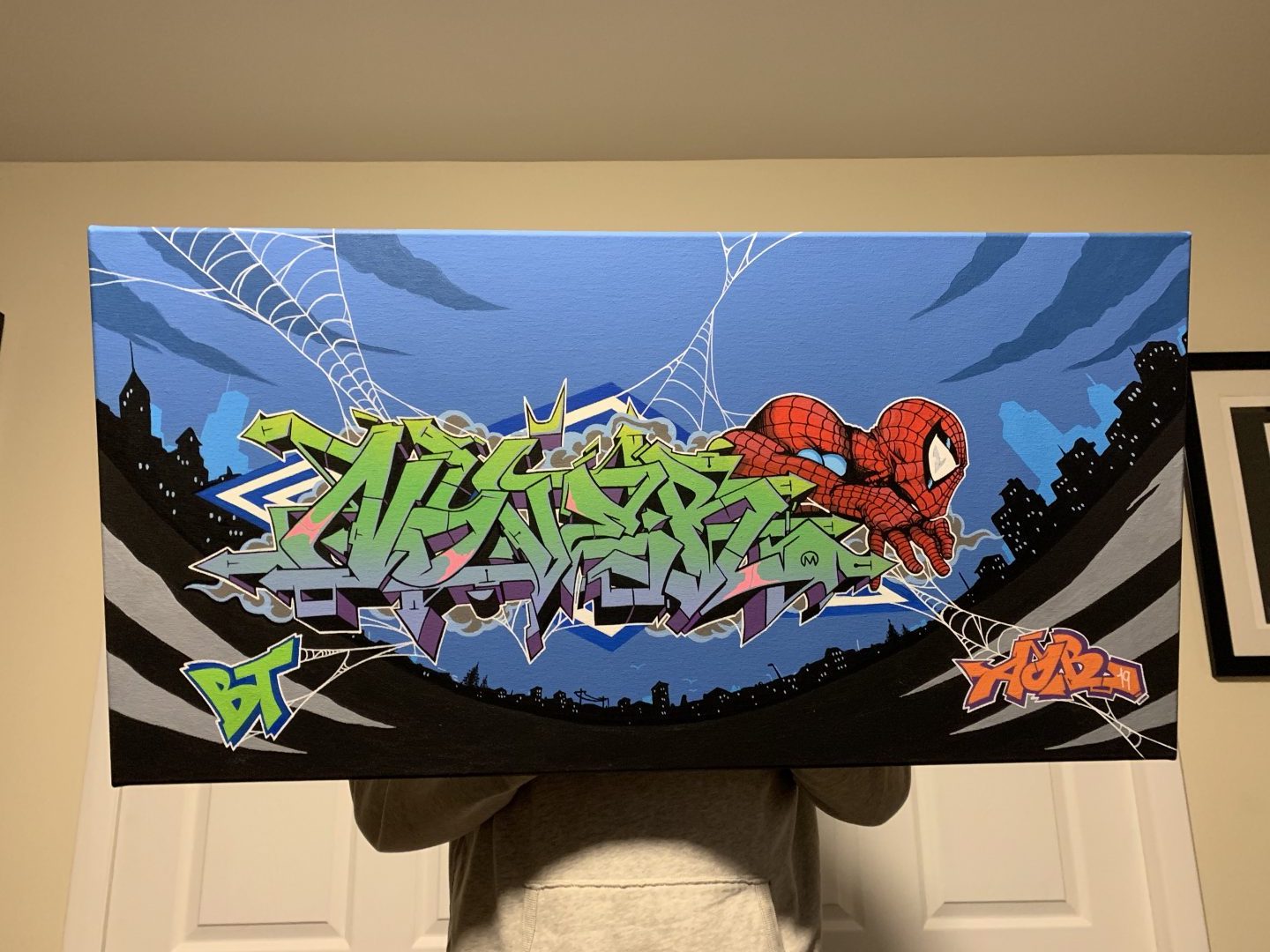 This is the point of bombing, to have stories to tell amongst your friends. This one time Stu and I and two other kids went to hit a rooftop in an abandoned building in New Jersey. To keep the kids off I guess they broke the fire escape in certain places so you wouldn’t climb it. Since I was one of the tallest amongst us, I went first. Another kid went second and he couldn’t pull his body weight up, he almost fell. You had to jump from one fire escape to the next floor and pull yourself up. So I grabbed his arm and helped him up before he fell through the fire escape. It was kind of scary. There are other times where you have to improvise and stack garbage cans and pallets to hit a spot, then you fall off and have everyone dying laughing.

I live in New York City, but I also reside in New Jersey. 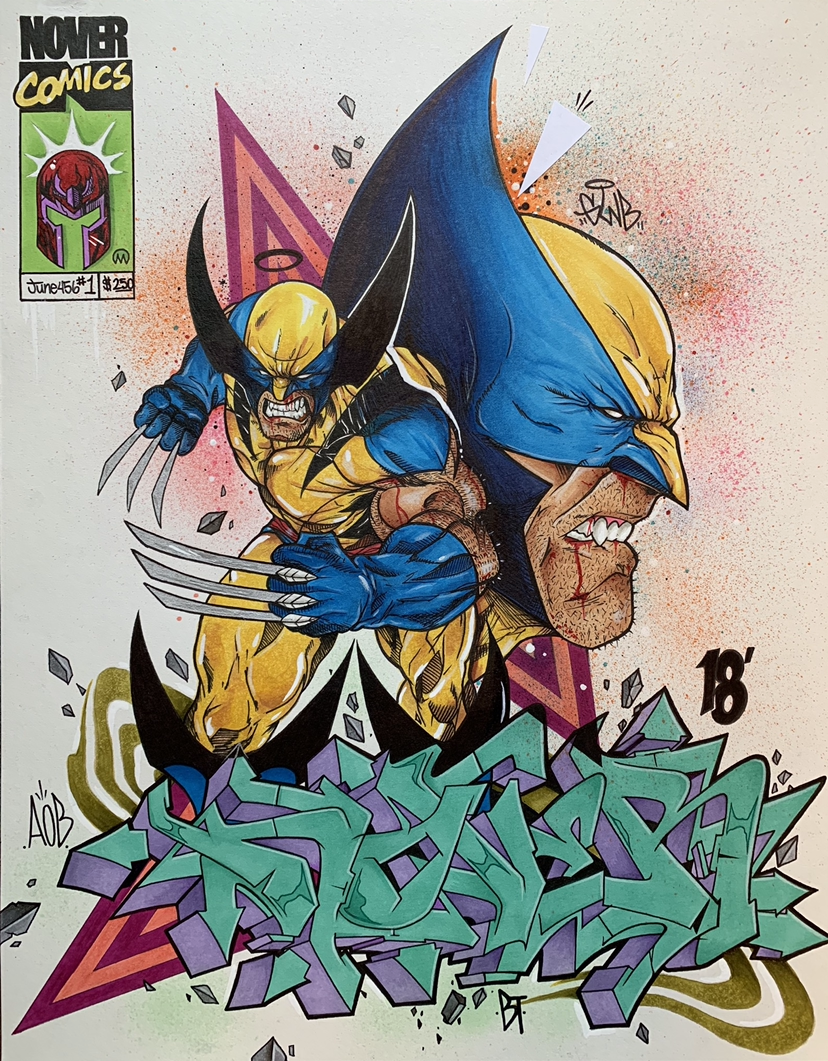 I want to give a shoutout to my homies Stu, ZA, YE, Prox, and all the dudes I met in this graffiti game and painted with throughout the years. Also a shout out to all the crews I’m down with; GWB, AOB, BT, TNS, FBA, & TDT.

All of my social media is NoverNYC, they can find me on any platform.