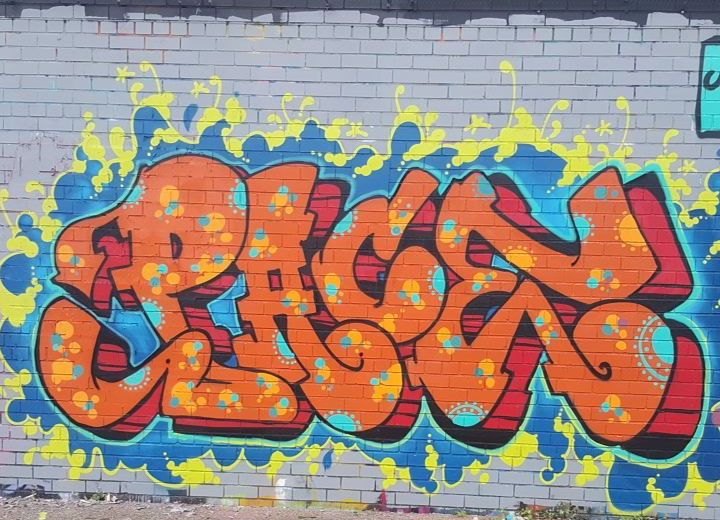 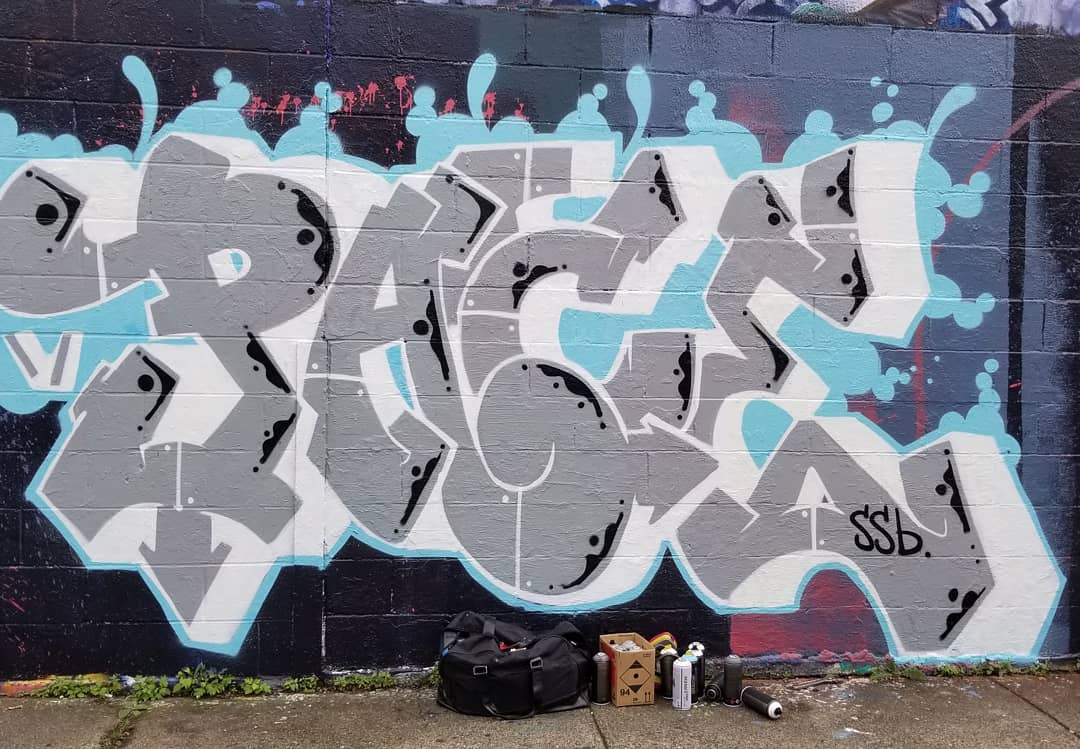 What’s up, Scientists!  Rebel Know here and I am back with an OG who transitioned from trains to walls while every bombing spot in between, Welcome PACE SBB.  We first met in East New York, Brooklyn. He had just finished a wall and I was hosting a community live painting event. Finally face to face, I shot my shot and asked for an interview. He obliged…PACE has pretty much seen it  all, done it all and now, is here to tell us about it all.

Brother Pace, hello and thank you for doing this interview. Easiest question first…how did you settle upon the name “PACE?”

Thank you for having me.  Well. I first tagged the name my family called me (TITO) in about 1970 at school and the building I lived in. By 1972 I went through about 5 to 6 names until I finally I settled with Pace which started as Pace-sin 100 to Pace 100 to just Pace 1. 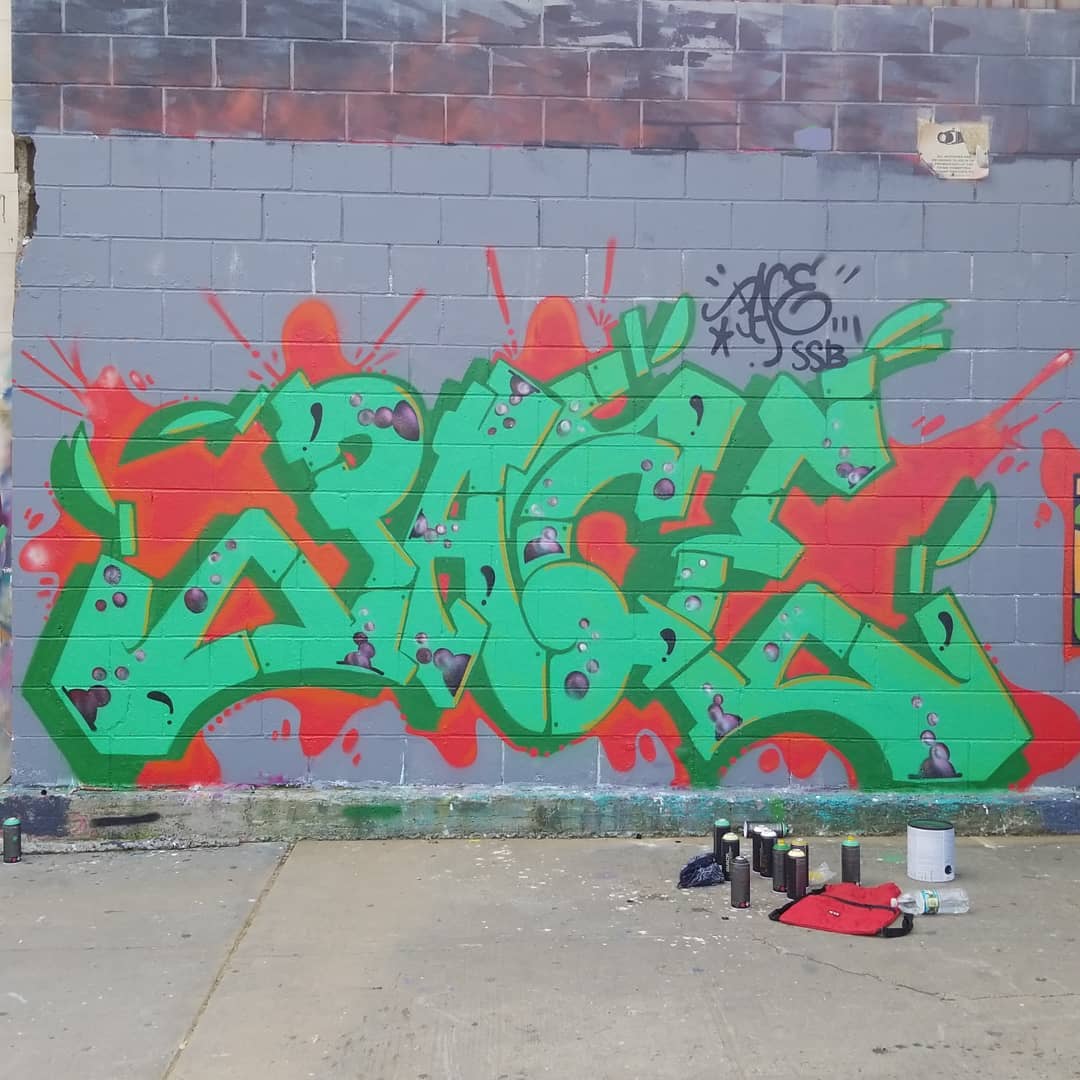 So for the folks who don’t know where you grew up and especially since we have a lot of international readers here, what part of New York City are we talking about here?

Okay! Well, I’ve been in Williamsburg (Brooklyn) for the 58 years of my life.

Brooklyn stand up! Willy B. Great neighborhood. Jumping right into style…do you have a favorite? Piecing, bombing, murals?

Well, when it comes to that, tagging is still is my favorite and it is what is now called hand style. If you didn’t have a good tag you were considered a toy. 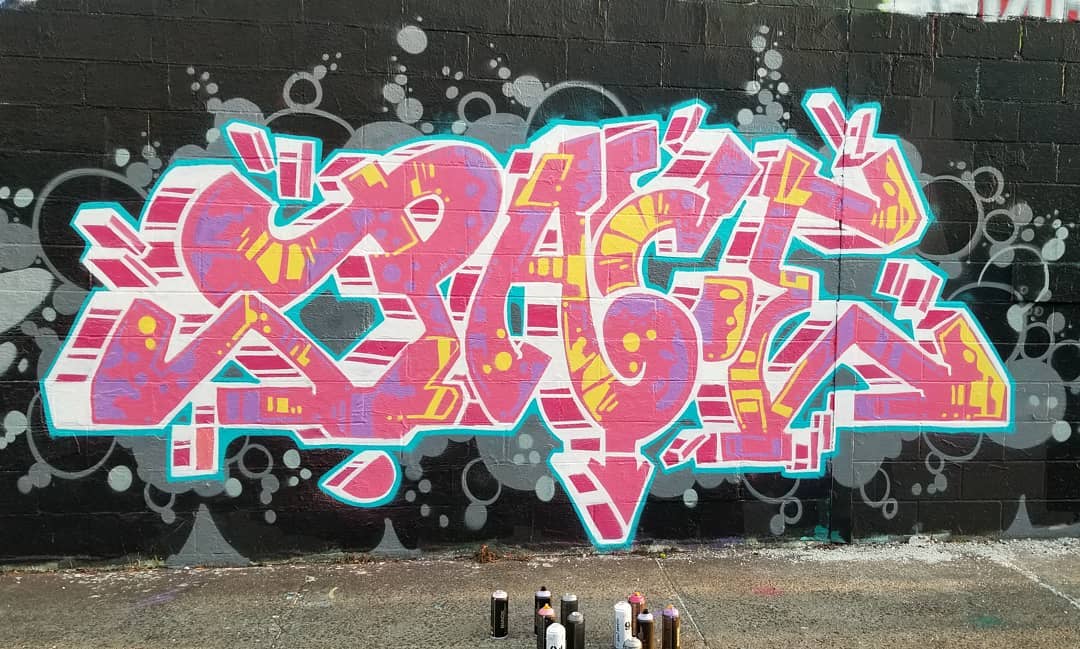 Tagging was the terminology for hand style? I didn’t know that.

Yep. I mean we all started somewhere, but you have to have style.

How and when did you get put down with your crew?

The different gangs in the area would write the members names with the style of the gang. 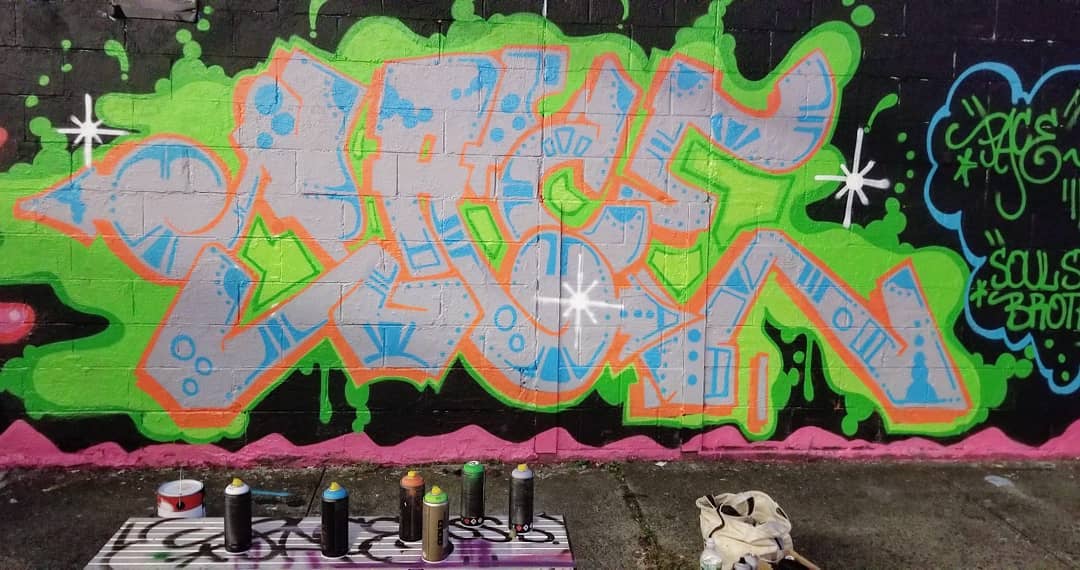 Thin line between graff and gang?

Fair enough. Do you think crews hold the same meaning now as they did 20-30 years ago?

Crews still are strong and always will be. The better the writers, the better the crew. I got into the SOUL STONED BROTHERS because of a classmate, BANG 2 and his brothers.  RISE1, BANG’s older brother was good friends with AIM who at the time was writing DUSTY then OH222. He went to The High School of Art & Design (in Manhattan) and introduced us and after a few months and a few bombing missions, I was asked to join. 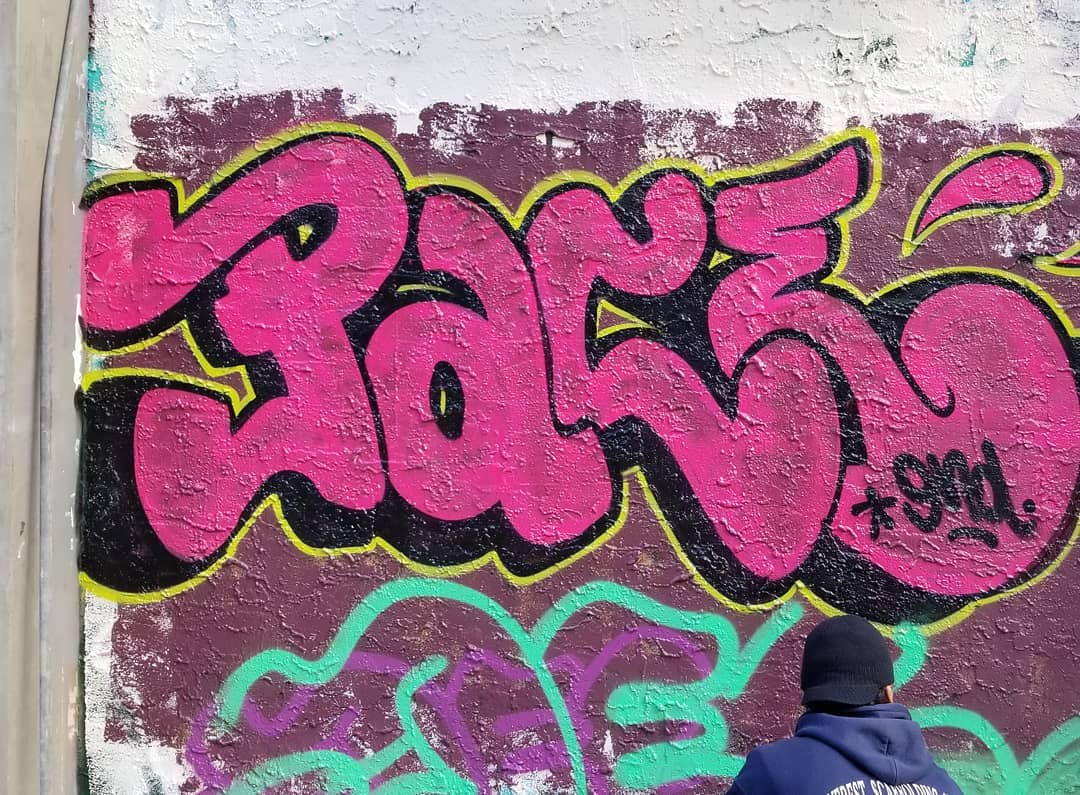 Oh, I recall being told once that AIM switched his name to confuse the cops. I bet a lot of people do that. So, the Soul Stoned Brothers. Wasn’t Spike Lee part of that somehow? His brother, right?

Yeah. Shadow. Didn’t really know him well. We would talk whenever we met but he was AIM’s friend more the anything as per Lee (Quinones) it one of those “hi and bye” things, if you understand what I mean 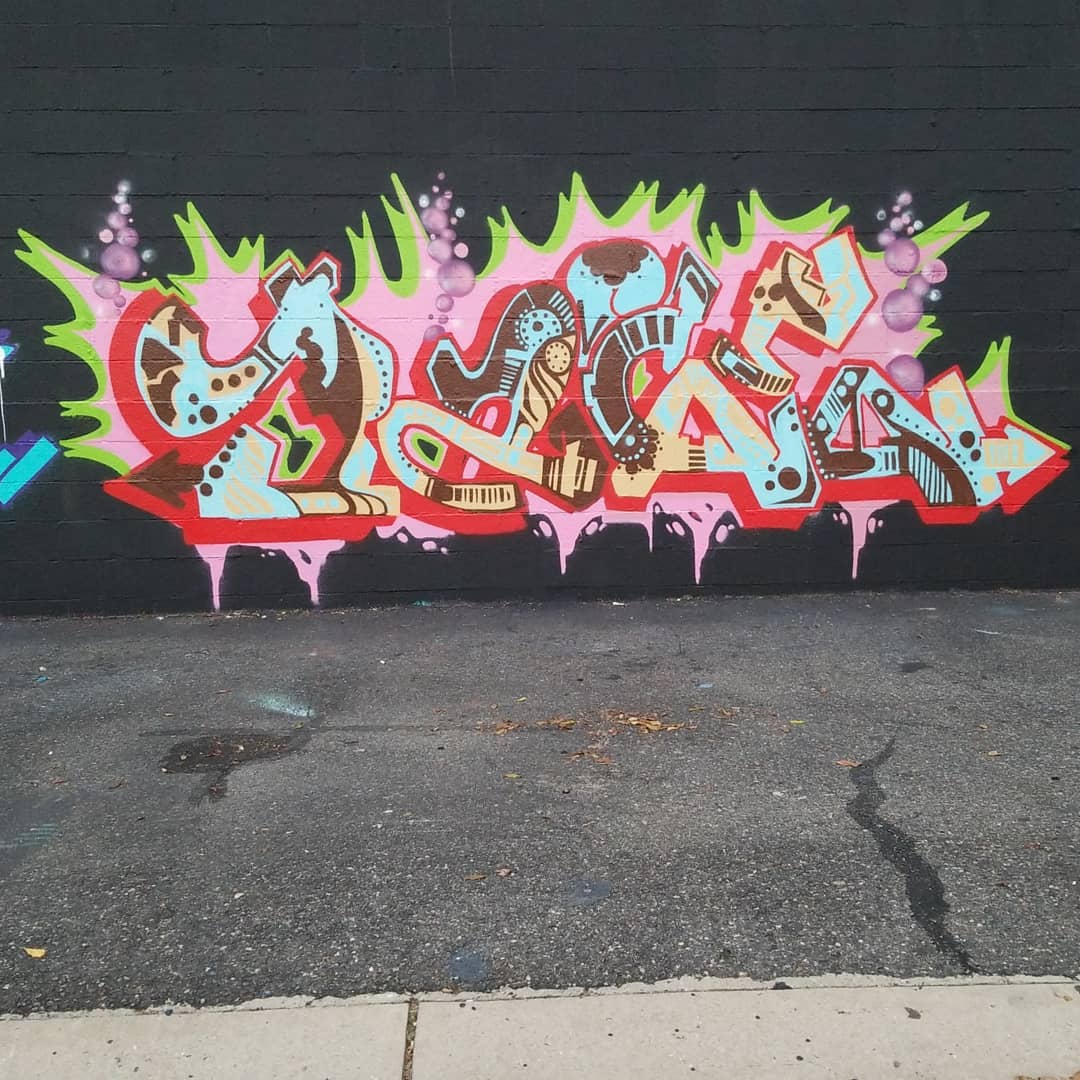 Yes, I definitely do.  Can you tell me the difference between graffiti now and graffiti in the 1970s-1990s. What shifted? Which era do you prefer?

When it comes to era I’ll always take mine which is the 1970s because that’s when it [graffiti] took off. The 1980s is where the true piecing came with colors and camouflage letters. The 1990s to me was just a bombing era. Nothing wrong with that, but style was not a big part of it.

Bombing is a science, after all.  How would you define the science of bombing?

When it come to bombing, yes, it is a science: you plan and have to have a good tag. When that’s gets noticed, it’s also about the placement of your tag and the color plus your bombing partner. 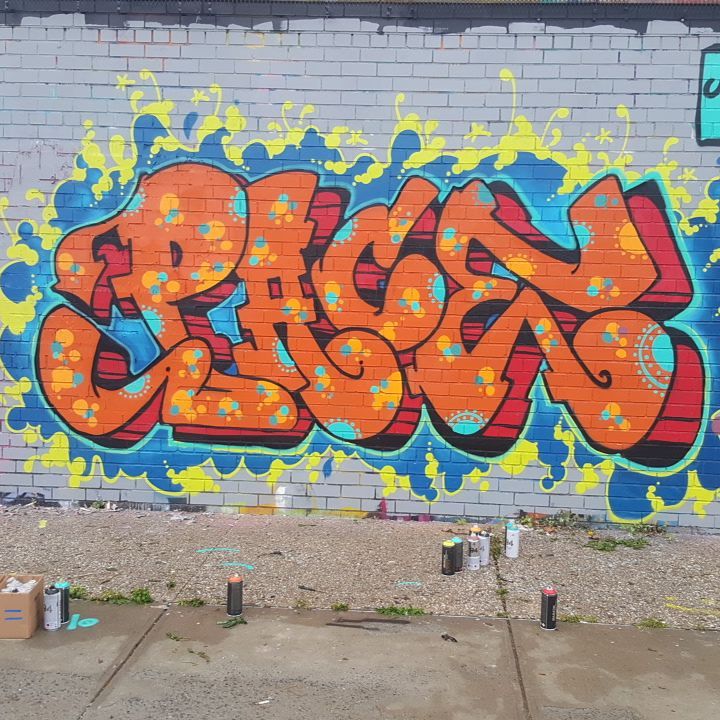 I can remember if it was late 1974 or mid 1975 about 10 of the SSB (Soul Stoned Brothers) crew went bombing.  We went to the Bowery layup. Some inside, some outside as we went into the layup and surprised a big time writer at the time he was thinking “boy I’m in trouble,” but we were there to bomb that night! We killed it!  Some of that nights work came out in the DON 1 book. We wanted to make sure that the Bowery was known as SOUL STONED BROTHERS  COUNTRY.

Ah. Home Sweet Home.  Isn’t DON 1 from Queens or as the author, KR-1 called him “the King from Queens…” 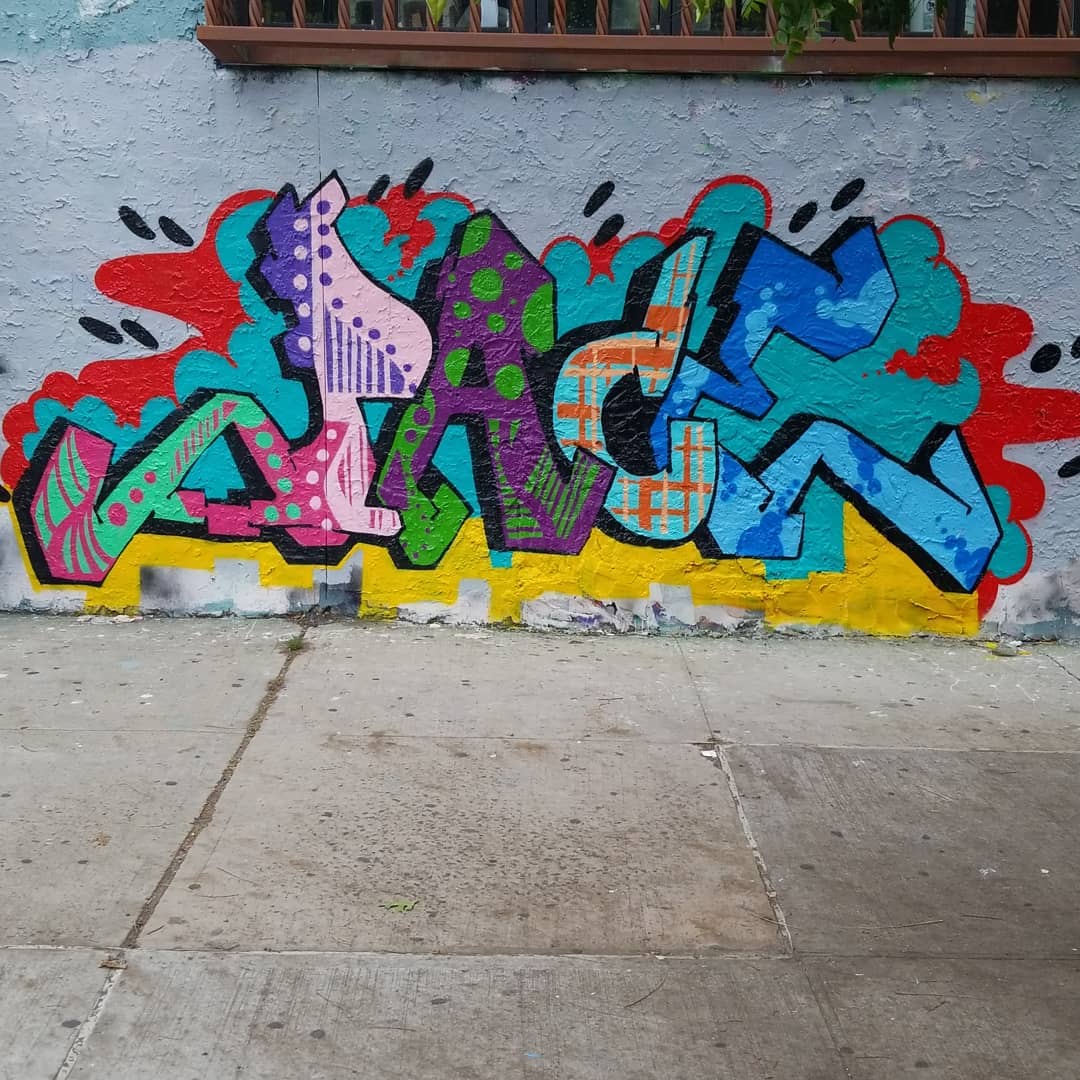 And how was the Bowery SSB country?

The Bowery was a big BMT (The Brooklyn–Manhattan Transit Corporation) layup as was Broad Street which was a top to bottom spot if you wrote on the Bowery. The trains would also run on LL, DD, RR, M, J and the shuttle from West 4th street to Marcy Ave.

Double letter trains RIP. Top to bottoms on trains RIP and basically all forms of bombing trains, RIP, but I suppose we will save that history lesson for another time and another place.

Pace. Thank you again. Keep painting, keep thriving and see you at a wall very soon.