Interview with  a street artist out of Brookly New york. Her name is Jenna Morello and she has talent! Happy reading y'all! 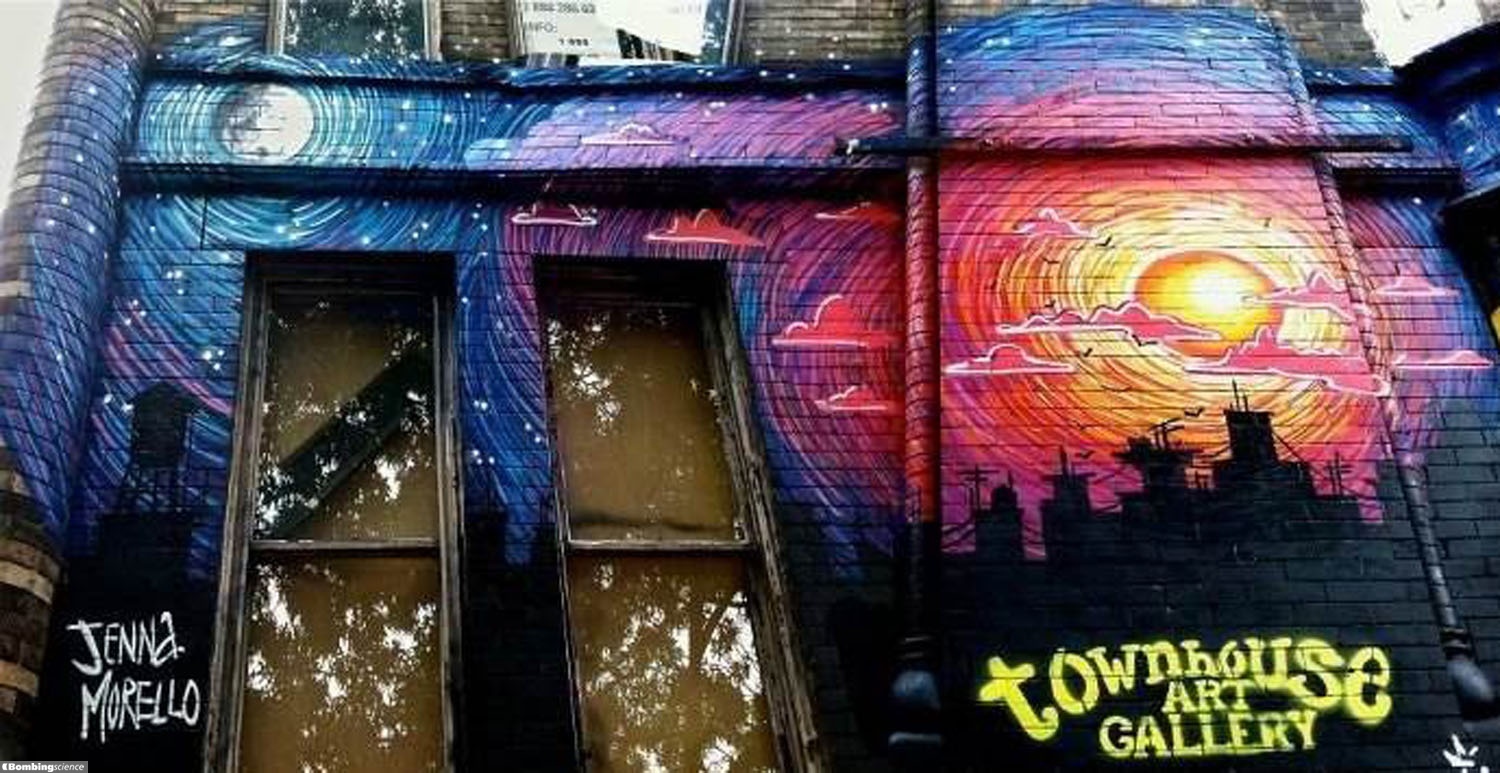 Jenna Morello (New York / Street Art)
Simmo:  Jenna from BK, what's up? If you could, give us all a little background info on yourself and your rise in the street art scene.
Jenna:  I was born and raised in Jersey. About 10 years ago I moved to Brooklyn. Ive always loved the city, but I grew up in the woods. So Brooklyn is a nice middle ground with space to roam still. I've always been into art, it's just something that has come naturally from a young age. I'm hesitant to say I even have "risen" to the street art scene because I just consider myself an artist who sometimes paints outside. There are many more people who put in wayy more work then I do outdoors. So hopefully in time I can carve out more of a niche.
Simmo:  Looking over you work it's obvious you have skills inside the studio, as well as outside. What first inspired you to take your art to the streets?
Jenna:  I think I just get bored easy and like to try new things in various mediums. At some point I began to wander outside to paint. When I was a kid I was in the woods a lot, building or finding things. So for me this is just the evolved adult version of that. I'm in my head a lot, about god knows what, so I like to paint in abandoned places or spots where I'm by myself. It's nice to put your headphones on and just zone out for a little. Sometimes I find things outside like wood or furniture I'll repurpose and paint on. So in a way that inspires me to take my art from the streets as well.
Simmo:  Since it's fun to reflect on past work and remember where we've came from as artists, where/what was your first outdoor piece and the reason for it?
Jenna:  I don't even remember to be honest but I'm sure it was terrible. 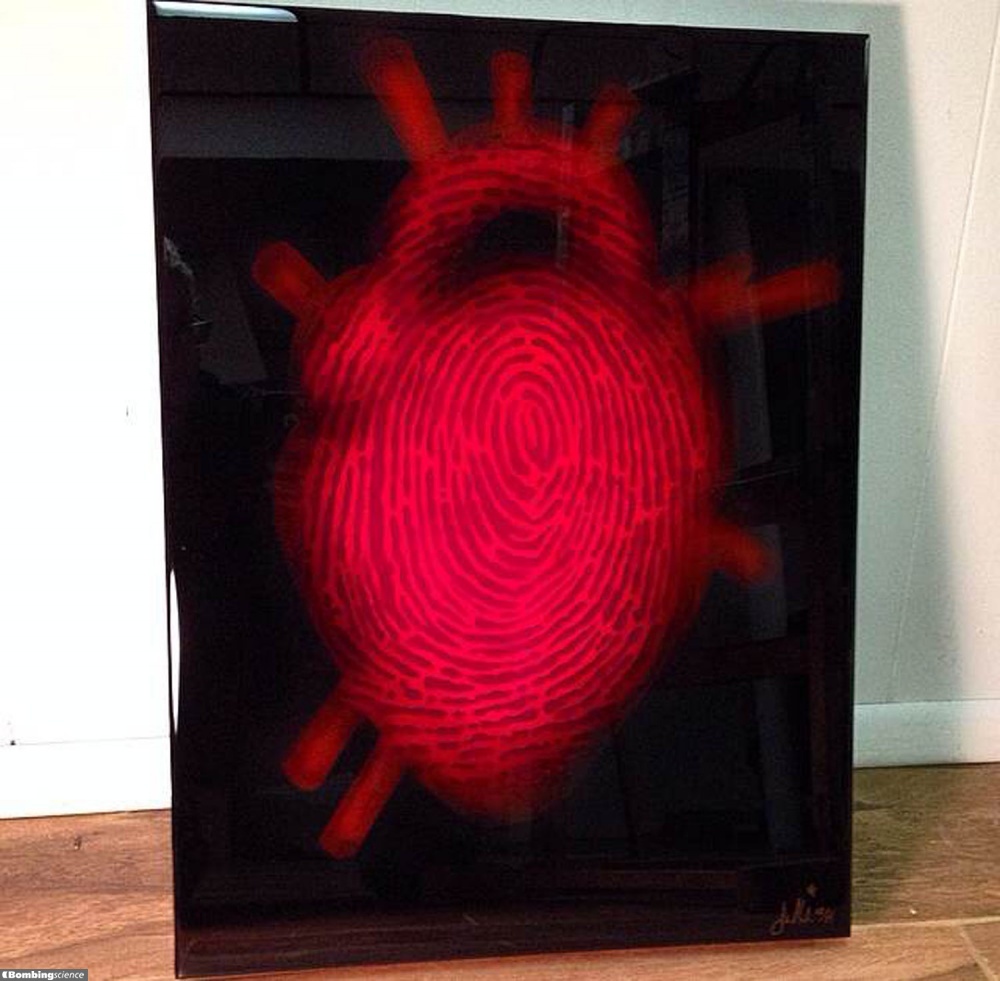 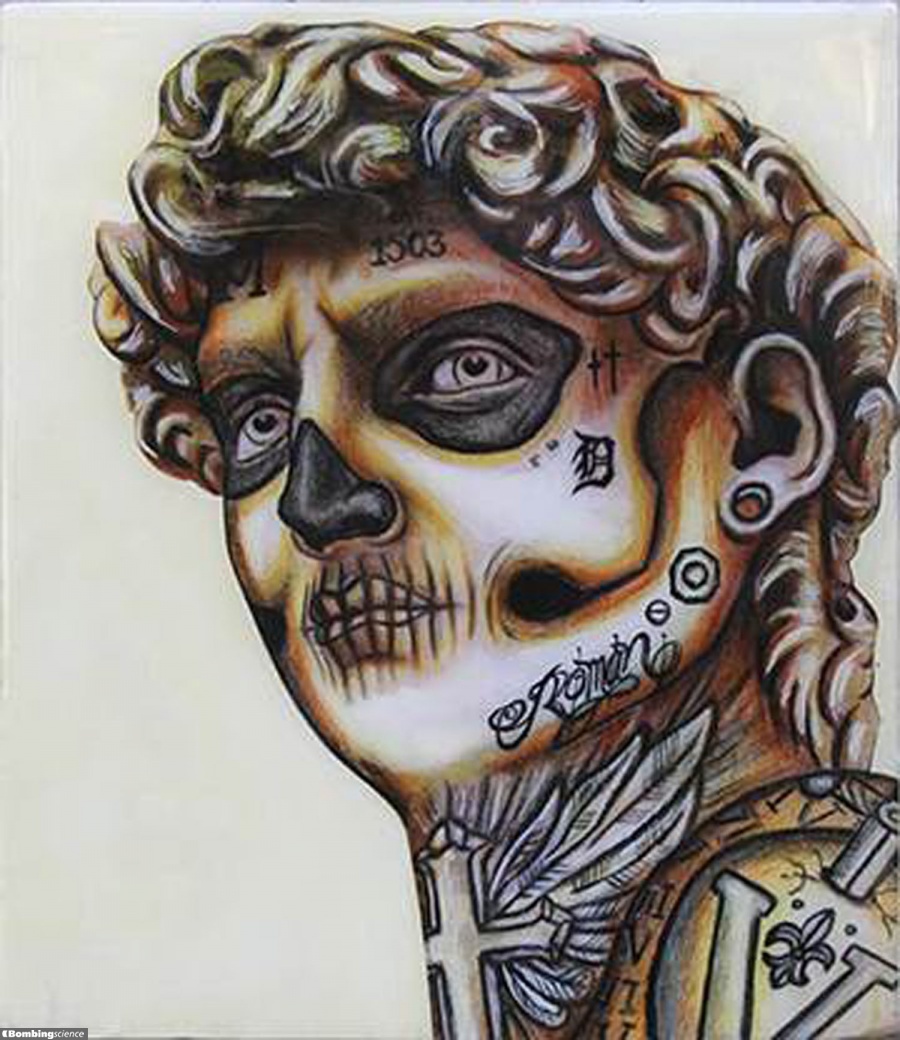 Jenna Morello (New York)
Simmo:  Any significance to the "boxed crown" tat on your forearm? I noticed it was on your website as well.
Jenna:  It's what I've signed my work with forever. Probably starting at around 6 or 7. I don't know who I thought I was, but I'd always write my name with a little crown above it. It was long before I knew who Basquiat or anyone was although I'm sure people think it's some sort of rip off or homage and I can understand why. Its a very overused symbol now, but I think it's too late to change my mind so I figured I might as well roll with it. 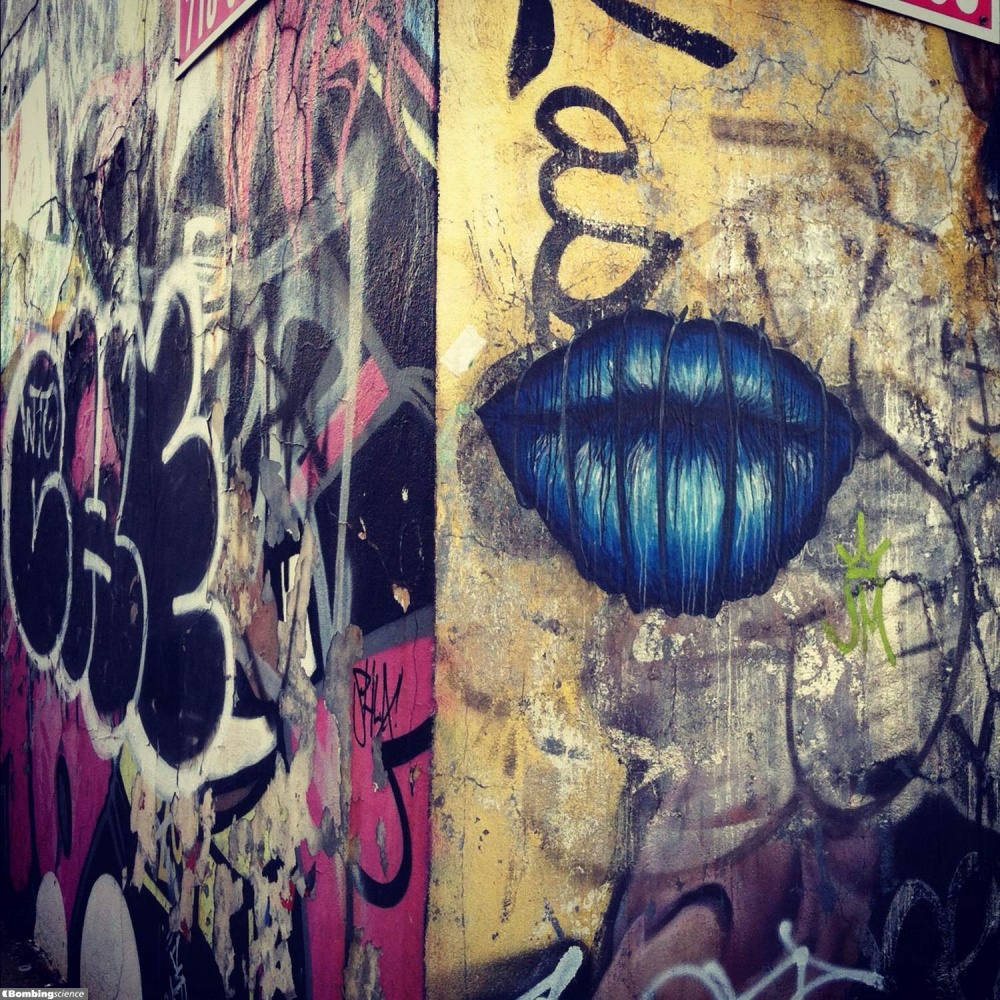 Jenna:  I'm better with a brush then I am with a can. Although id like to learn to be equally proficient in both. But my favorite medium is actually those green bic pens from TD Bank.
Simmo:   As an artist I've noticed that inspiration comes from the craziest things. What's one of the oddest places a piece of your work originated from?

Jenna:  I get things stuck in my head sometimes and feel like I have to create them in order for that thought to be completed and to allow me to move along. One time I was walking my dogs and saw a pattern on a carpet someone was throwing out. For whatever reason I went home and threw that pattern on a bunch of random stuff like an old door, or a dresser I was working on. People are kind enough to commission me and usually let me do my thing. So my thing for that week was this carpet pattern. 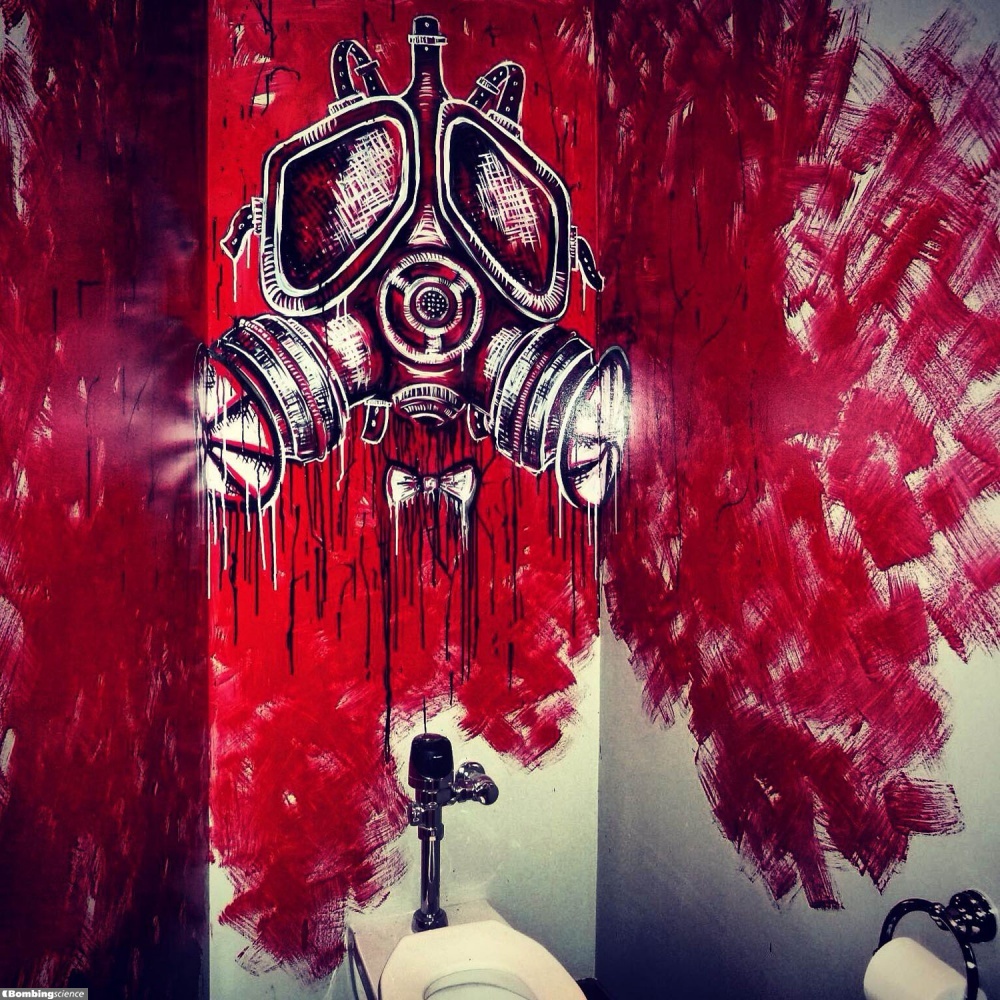 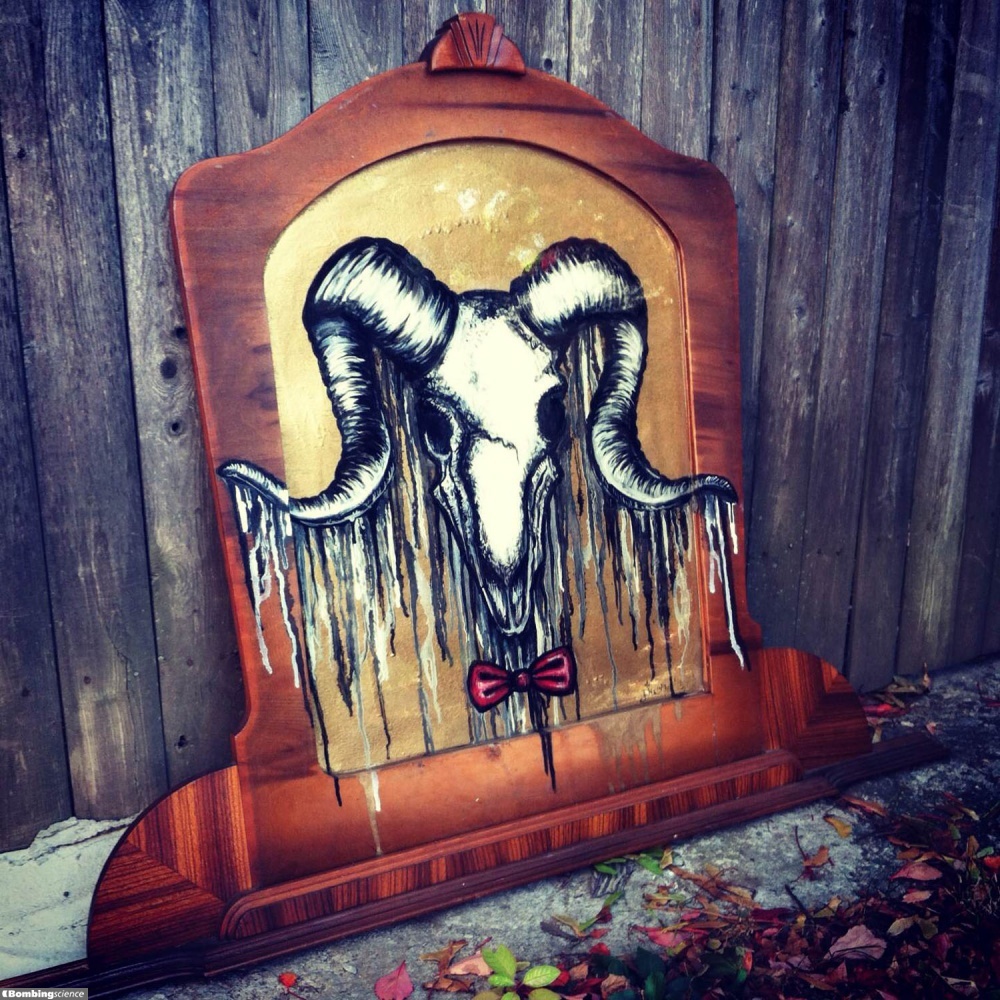 Jenna Morello (New York / Street Art)
Simmo:  So let's get real here- street art on Oxygen, and the world of reality TV? Were you hesitant about applying for this show? What/who inspired you to even try out?
Jenna:  I didn't realize what a big deal or how controversial it was until I was already out there. Not that that would have changed my mind because what the hell else was I doing. But I had followed Justin Bua on Instagram, as a kid he was one of my favorite artists. So he posted something like "$100,000 street art competition" and without really thinking I sent them my website. It's not something id normally do, but it wasn't advertised initially as a reality show. They called me probably within 45 minutes so I figured how serious could this be. When they wanted me to go to this huge casting call they were doing I was on vacation with my family, so by the time I showed up it was just me and this one other girl I wasn't allowed to talk to. They made me run a lap and paint some quick stuff and that was that. Before I knew it they asked me to be on the show. So I didn't know the level this was all at until I get off the plane and had a camera in my face for the next 6 weeks.
Simmo:   What do you feel you took away from the show the most besides the friendships?
Jenna:  I got to see the politics of the art world and how seriously some people take themselves. But it goes both ways because I also got to see how some of the biggest artists don't. Ron English is massive, but seemed to be incredibly down to earth and just a nice guy. Skill wise I learned how to think on my feet a little quicker. And I picked up tips and tricks from just watching the other artists do what they do. 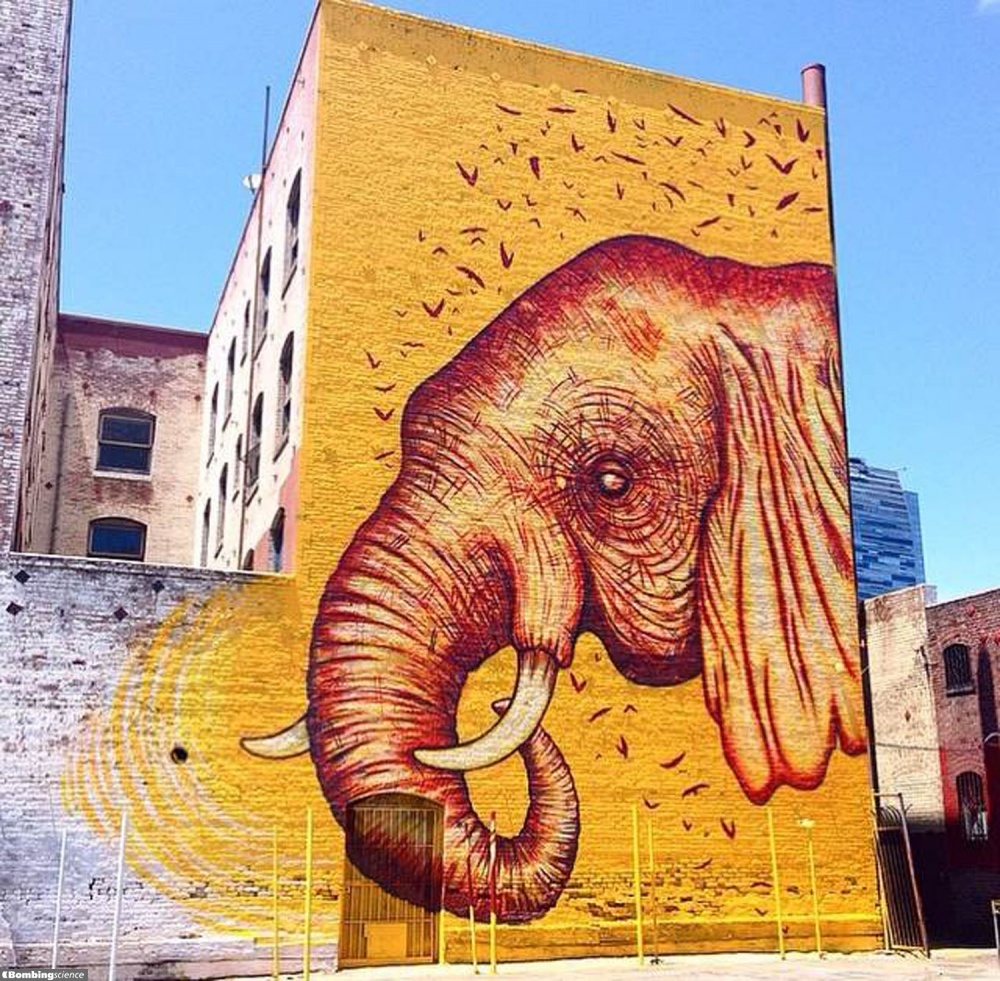 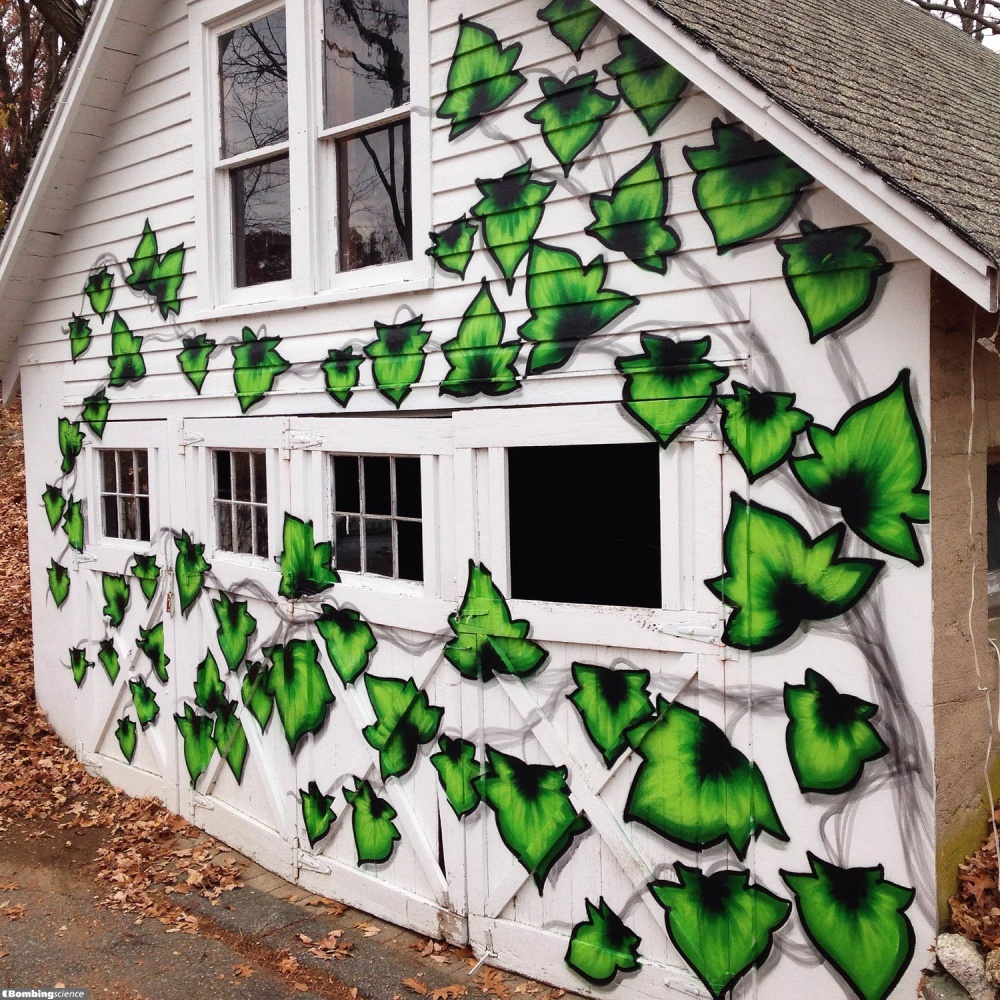 Jenna Morello (New York / Street Art)
Simmo:   Any new projects in the works right now? I hope I didn't take you away from anything, lol.
Jenna:  I'm usually in a constant rotation of various projects. From commissions, to personal pieces, to things my mom or sisters throw at me and need me to do. I have a few pieces in the works for various group shows around my area. Eventually I'll have a solo show. People are big on "meetings" since this aired.  So I have a lot of meetings coming up for murals in the area. I'm just glad it's finally warm enough on this coast so I can paint outside.
Simmo:   I couldn't help but notice that you have quite a few pieces with the heart as the subject. Care to put yours on your sleeve and explain?
Jenna:  Ha…no. I will say there are certain people in my life that cause me much more stress then others. And that's just kind of how I sort out that stress.
Simmo:   What's next for Jenna the artist? Where do you see art taking you?

Jenna:  I don't think I'm that far ahead yet. I currently just operate under the pretense of my new stuff being better then my old stuff. Its a game I think I've always played with myself. I don't think there is any set blueprint in how to make a career as an artist so I'm currently navigating that. I really just want to be able to hold my own in the "art world". Learn some new things, make some cool pieces, and not get arrested mostly. 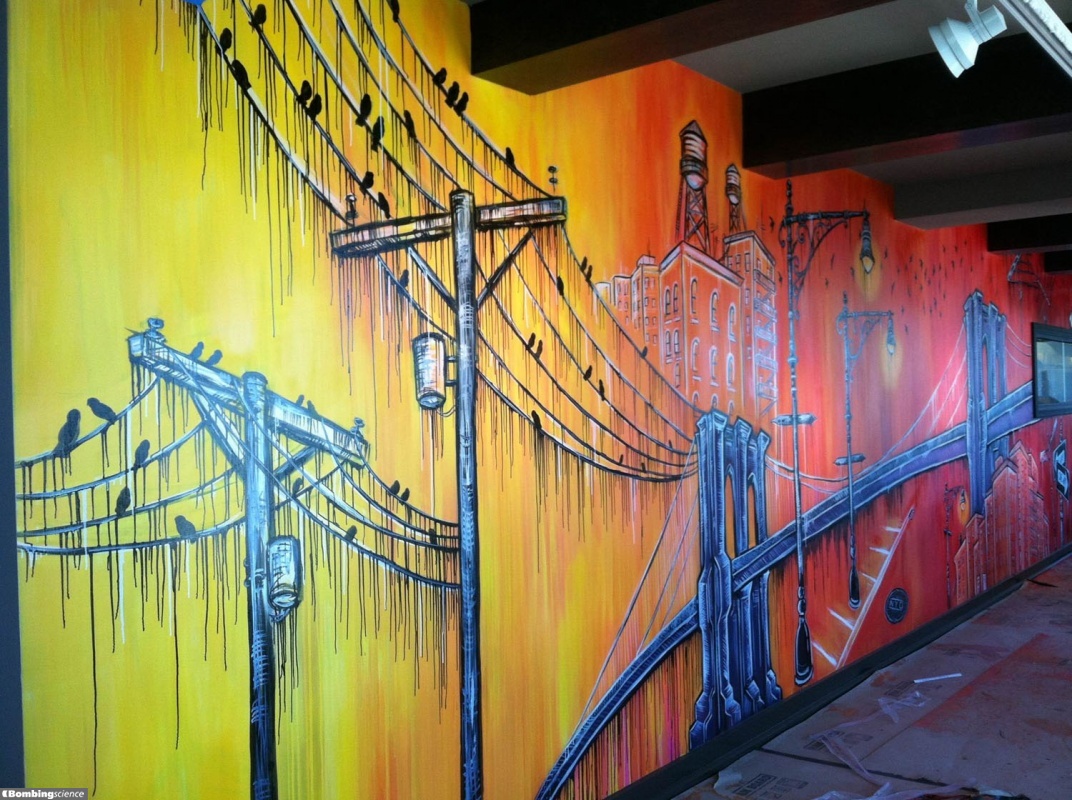 To find out more about Jenna Morello Check out her website HERE.