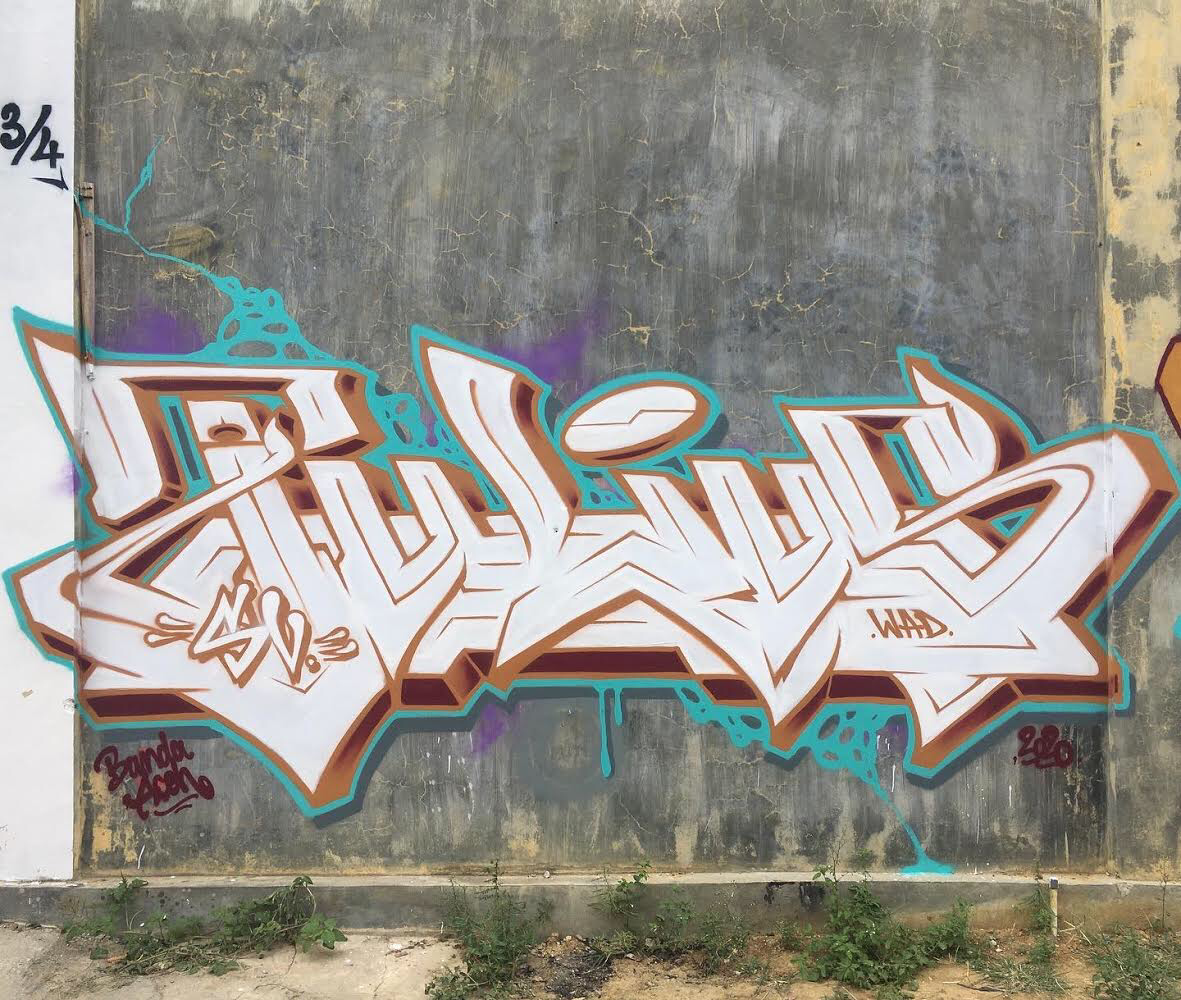 1) Alright so thanks for taking the time out to do this interview, can you give us a brief introduction of how you got to this point? When did you start, what crew do you rep (if any), and what’s the story behind “jules”?

﻿ 1) Hello , I’m Julius from Toulouse, France .I discovered graffiti in 1993/94 , I’ve been Crazy about it since the first time. I use the name Julia probably because it’s really close to my name and no one else has it. I got started when I was around 30 years old , when I met Smekta and he showed me the ropes. after few months and few walls ( Fiouz was there also )we decided to make a crew and WAD was born !!Now we are 7 in the crew , we’re like the A team : each one of us has their speciality ( only letters writers). Recently I ‘ve just joined the amazing international crew “ Sandal Vandals “ few weeks ago !

2) your style of writing is so varied and unique I imagine you’ve written in just about every style there is from wild style to the more invented cartoon style, which to me makes me think you have a background in art education. Did you go to school for art or graphic design? Is your day job in a art related field?

4) man scrolling through your Instagram I see that you are hella prolific, you sometimes post 3 or 4 walls a month! This begs the question do you make money from doing murals or is this something you only do during your free time ? If not do you ever plan to make a living off of your work doing murals, what is your philosophy on making money with graffiti?

4) I don’t get income from my graffiti !! Seriously who would like to have a Julius on his wall !?!  Once you get income it’s not graffiti, no ? Sometimes we make commissions walls but we don’t ask for money , we just want to spray !!So I paint on my free time.

5) I see you post a lot of collabs  with other artists, my favorite I’ve seen is the piece you did with @pupafuzzt , can you tell us a little bit about how this piece went down? Do you feel like you learn a lot from the artists that you collaborate with and that that then improves your work? Do you prefer to work solo or in a collab situation?

Sharing a wall with Puppa Fuzz’T is always a great experience!!You never know what can happen, We never plan anything. we take the vibes and just go with it. Its always original, fun and we paint for a real long time .Generally, I like it when it’s not too serious. I think it’s better to paint with friends or other writers, that’s how I learn.

6) What kind of music do you listen to when you paint? Who is your favorite hip hop artist and why?

if there’s some battery left ( which is not always the case) I mostly listen to hip-hop, both from the states and French also as well asfunk , Afro funk , soul , reagge , dancehall or electro…. if I have no inspiration : ill probably play  “good kid mad city” from Kendrick Lamar !! That album is sooooo good , love it !!

7) For those out there that are hungry to improve at their craft but don’t know how to improve, what do you recommend? Is there any practice exercises that you have discovered that helped you improve?

I don’t know if I can give advice…. I would say : do your stuff , don’t listen to other people, practice as much as possible, try , and then try even harder. Be inspired!

8) with the amount you post I imagine you must travel a lot ( if not I imagine there is a city somewhere completely covered in your name because you post so damn much haha), so where all have you traveled to? What has been your favorite spots to hit and do you have any crazy cop stories you can share?

I juste come back from a 3 months trip in South Asia I’ve Been in : – North Sumatra, Banda Aceh : it’s a beautiful place , where they were use to paint with old spray, not the stuff we have here. people there are not really used to it, most of the time they come and talk a lot !! That was great , and I met up with a local writer Yoaz and we painted in the day time down town ! That was awesome !! One month later this dude started selling some legit graffiti spray in his shop !!
– Siragao , Philippines : we didn’t paint much but it was so wild !! There’s not really big walls , just wood houses but we finally find a wall shade by coconuts trees !!!
-Bali / Indonesia : with my bro Mites …. That was tasty !!  Thanks to allcaps store for the vibe , the sprays , the food and all the Arrrraaakkk ( local alcohol)…. Trax ( the boss ) his wife and Brutal Mark have this great idea to organize, twice a month , an arack night !!! All the graffiti scene from Bali is there and all the writers from all over the world on holiday in Bali too I had to be there to make sure To make those connections !!! The day after we all went to go paint…. it was hot and hard , but it was good !!! Locals are so cool and talented….  Bali was definitely awesome !!
-Kuala Lumpur / Malaysia : ( still with Mites ) is probably a paradise for graffiti…. so many walls , so many locals killing it and so much good food in Such a futuristic town !!! Thanks to the district shop team ,you guys rule !!!
South Asia I’ll be back !!!
I don’t really have any crazy storiesM but once in Morocco I finished a quick paint and a old guy arrived out from nowhere and did a sign with his hand saying  “come here”. I took my stuff like nothing happened and the guys bring me inside his house ( literally next door ) and showed me an enormous octopus, wondering if I would buy it …. ahaha !!!!

9) when you were coming up who inspired you and taught you the ropes and who inspires you now? Who are the artists that are inspiring you now?

I grow up In Toulouse , back in the 90’s, when we didn’t had internet…. the « TrueSchool » crew  killed the town  : DER , CEE.T , 2PON , FAFI , MISS VAN , CAT , TILT , TOBER ….There where also RESO and SIKE .All thoses artists did impact my vision of graffiti for ever !! There were also guys from Ranguille from a crew call Pv ( Dc at the beginning) Swing did show me the first throw up and tag I’ve ever seen…. and Mars was really a killer , bombing trains with a mad style !!!
I of course loved and love the work of Geser , Kemr, Totem from the 3A And ces, Faust …. so many killers in NY !! Of course Msk ( Rime always amazing) But my bro in Kuala Lumpur also rules the game Asmoe , Katun , Siek , Abdulrashade.
In France I have a deep respect for Mites and Aiser always punching the limits with the amazing C29 !Cola , Voras , chek , Roks are doing great also !! Rems and the Ghetto Farceur bring a lot too …..For sure Sandal Vandals will put the heat on strong !!! And of course the coolest crew in the world the WAD !! My crew, my family!!