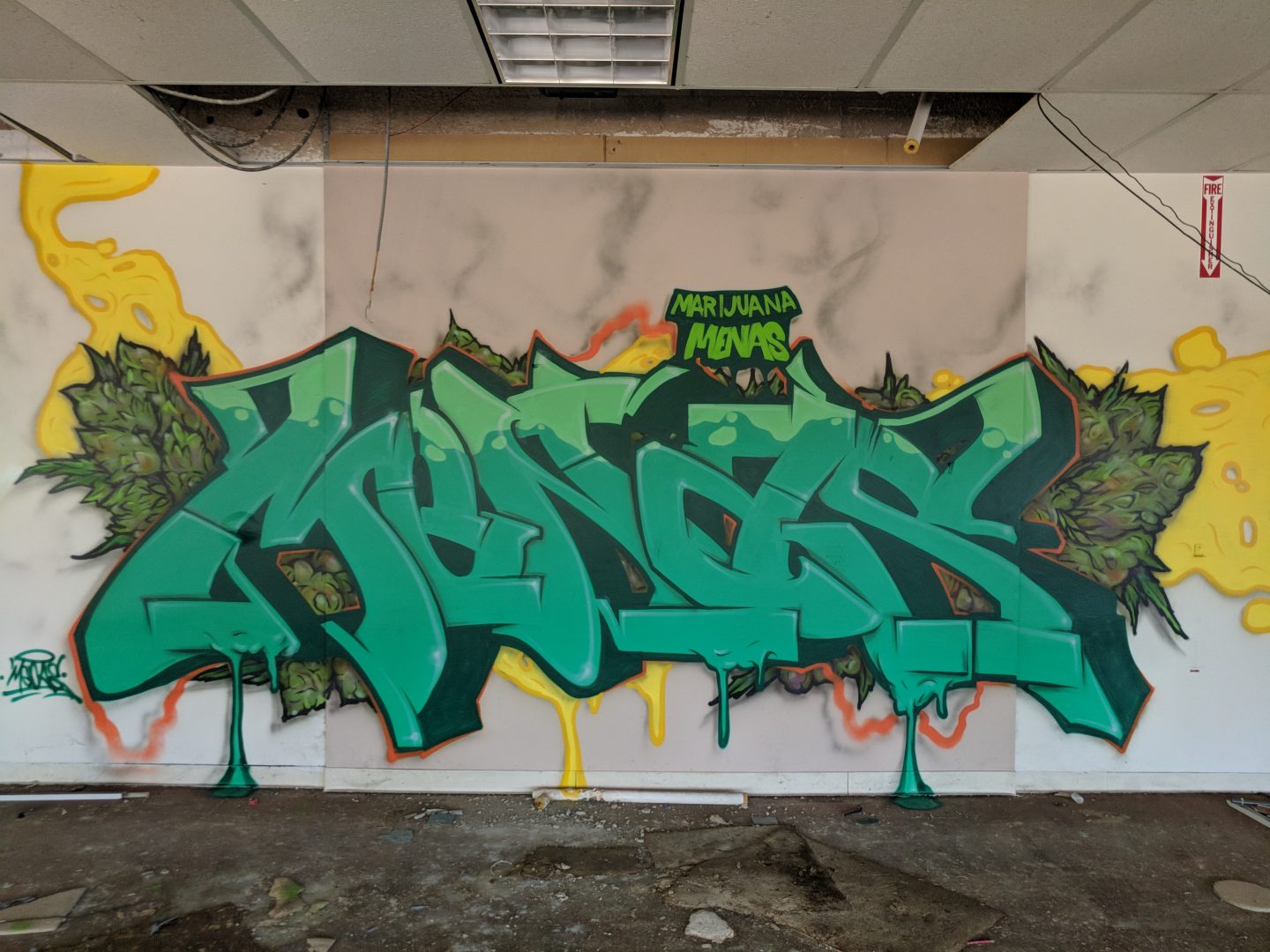 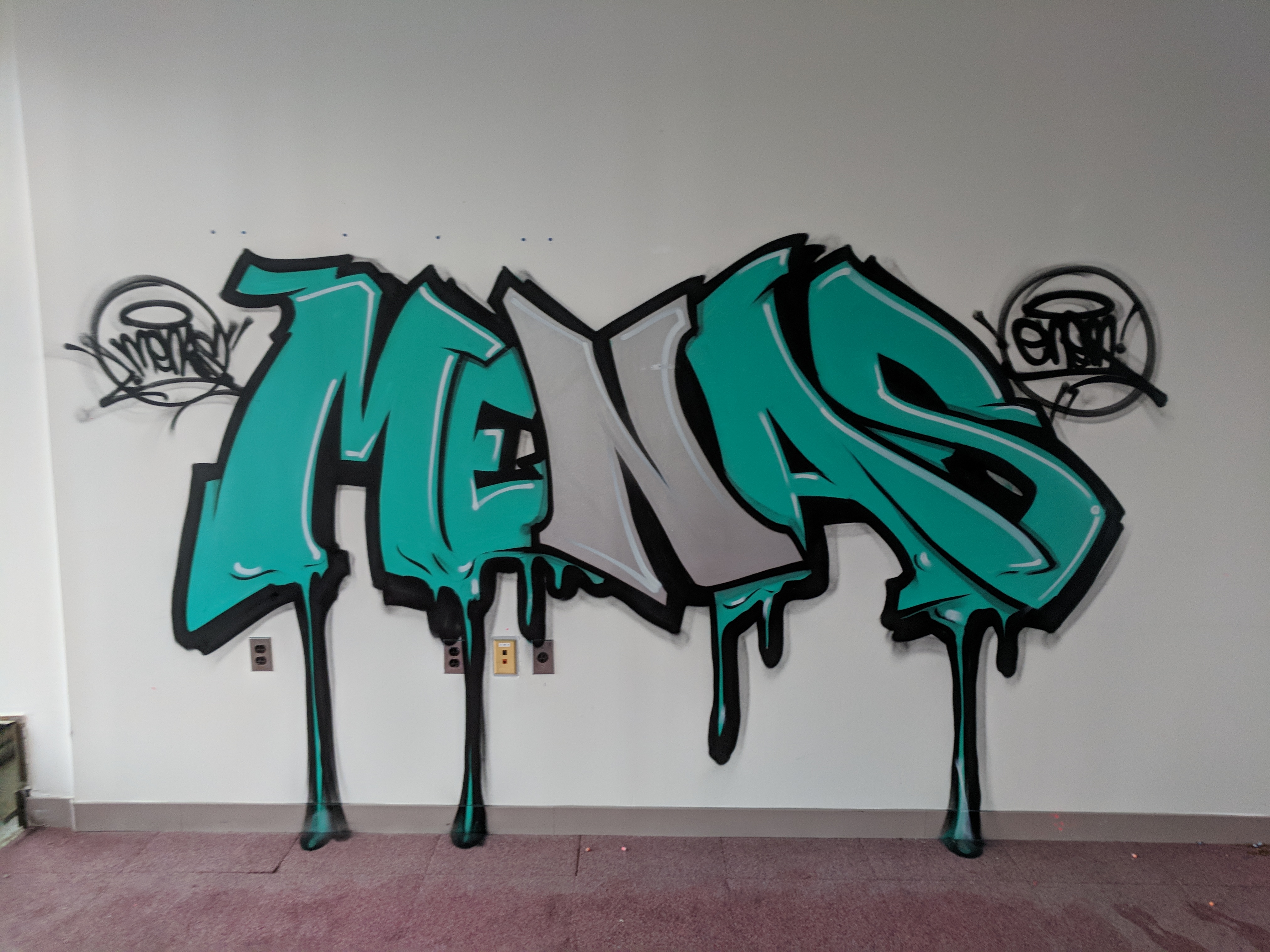 Alright so thanks for taking the time out to do this interview, can you give us a brief introduction to who you are, what your history is in the graffiti game and what crew do you rep?
No problem! My name is Menas im from New Jersey.  I been painting on an off from 2005-2011. An ive been full time non stop since then.  I grew up in the suburbs in west jersey in the middle of  nowhere but when i was little my mom would take route 80 to my grandmas in passaic when she went to work an back in the 90s an early 00s it was covered in graffiti.  I would bring my little note book an copy whatever i saw an make up my own names here an there.  I was always in to art but sports were my passion growing up so i never took graff serious.  I just thought it was cool an i would go to the tracks by my house an fuck around every now an then.  I went to college for graphic design, but in all honesty i just went to play basketball lol.. Alot of my typography classes got me really interested in letters more an i started tagging “menace” all over until i eventually got caught up an arrested an almost got kicked out  of school.  Once i was done with college an done playing bball i moved down south Jersey an met Jay Mack who introduced me to designer spray paint like mtn, belton, ironlak, kobra an i was automatically addicted.  ive been painting non stop since then.  As far as crews, i dont feel comfortable writing something next to my name that some dude across the country reps that ive never met in my entire life. And i feel like thats how 95% of crews are.  They just want to write a cool crew next to there name but they dont know half the ppl in it or what they are about.  Its worked out for me so far. No beefs, i paint were i want with who i want whenever i want!

Do you do graffiti as a full time gig? If so, do you have any advice for those starting out trying to turn their passion into a career? What was it like when you first started making money?
Its basically a full time gig. If im not gettin paid to paint im still doin my thing.  As long as i make enough money to cover my supplies then im happy.  I wish i could say painting pays all the bills but it doesnt. Its a helpful bonus an my paint is usually paid for.  My only advice is to draw an practice with the can as much as possible.  Like any craft repetition is key.  Its also really easy to get comfortable doin the same thing all the time in graffiti.  I try my best to continuously challenge myself. 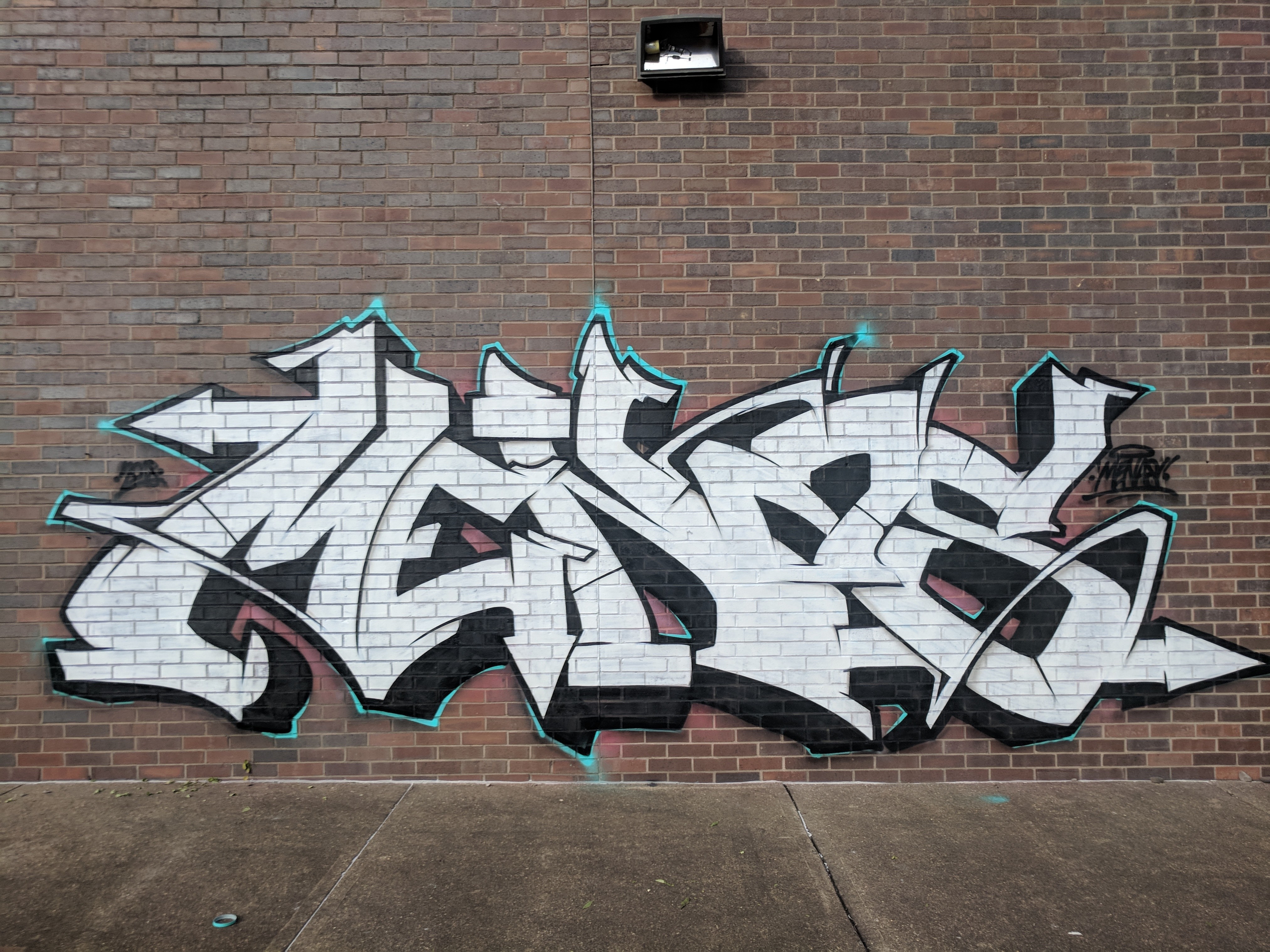 You seem to be pretty well versed in doing both letters and character work, have you ever thought of selling original canvas painting or prints of your work? What is your opinion on graffiti artists going into the museum world? Can you imagine yourself doing that?
As of lately ive been trying to do more characters because that appeals to the non graffiti artist, which gets me more jobs. But i honestly just want to paint letters all day every day lol.  I like the outcome of the characters i paint but the process isnt as fun as just doing letters.  I try to sell some canvas here an there but id much rather be out on a wall. I do more custom canvas work rather then originals that i paint. Most my Menas pieces are for me. 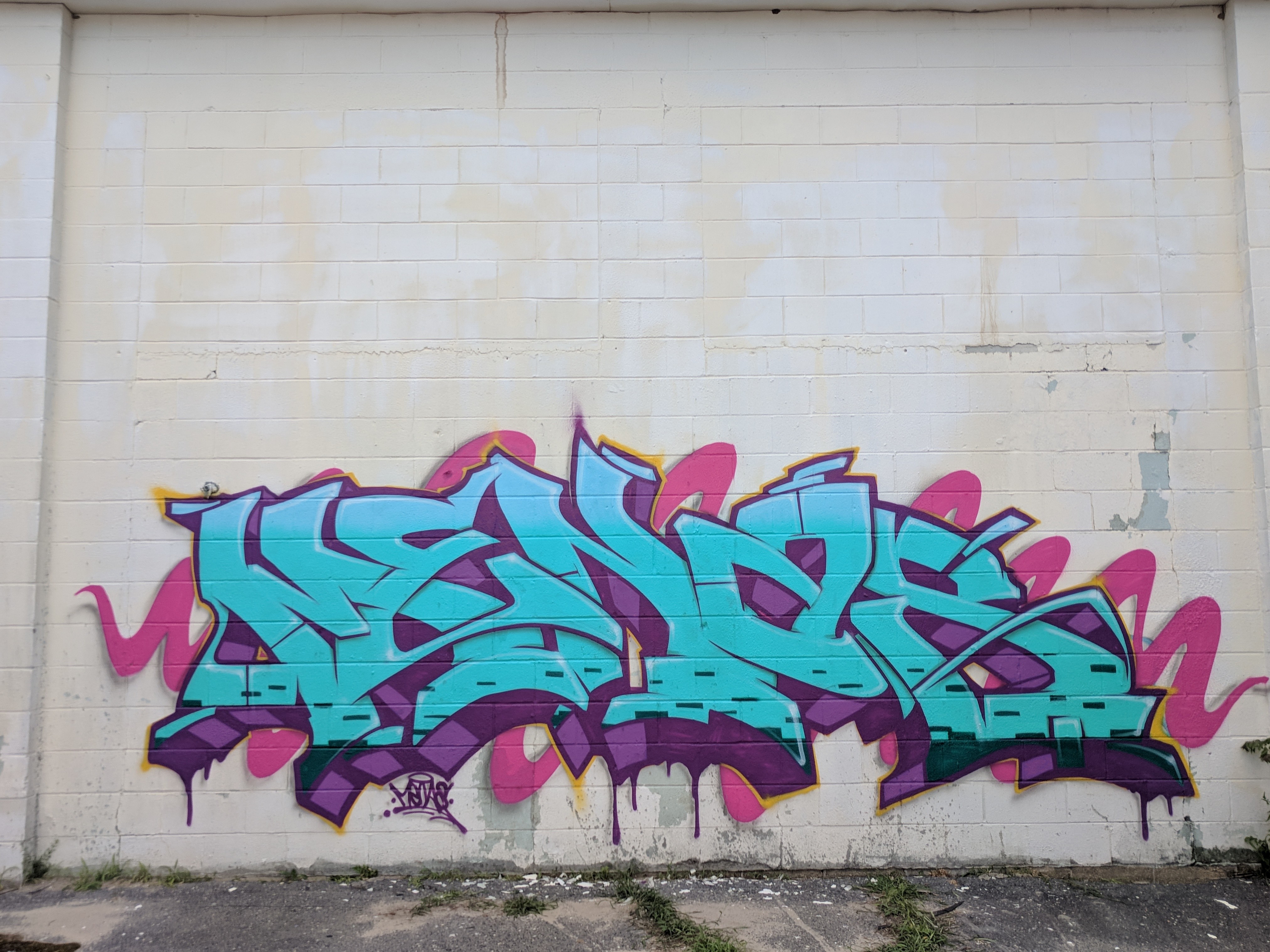 I see you recently did a graffiti jam back in June and I’m curious what your opinion is on graffiti jams? Do you think you learn a lot from collaborating with other artists? Is attending these kind of events a good way to get your name out there for work?
Graffiti jams are great!!  Its not every day you get to meet a bunch of artist from all over the planet an colab with them.  I try to take advantage of all of those events.  Ive met some of my best friends at Graff jams. Thats were i met the homie Enem.  Its also just so inspirational to see all the diff styles come together.  Every ones drinkin an smokin an vibing. Never been to bad one to be honest. 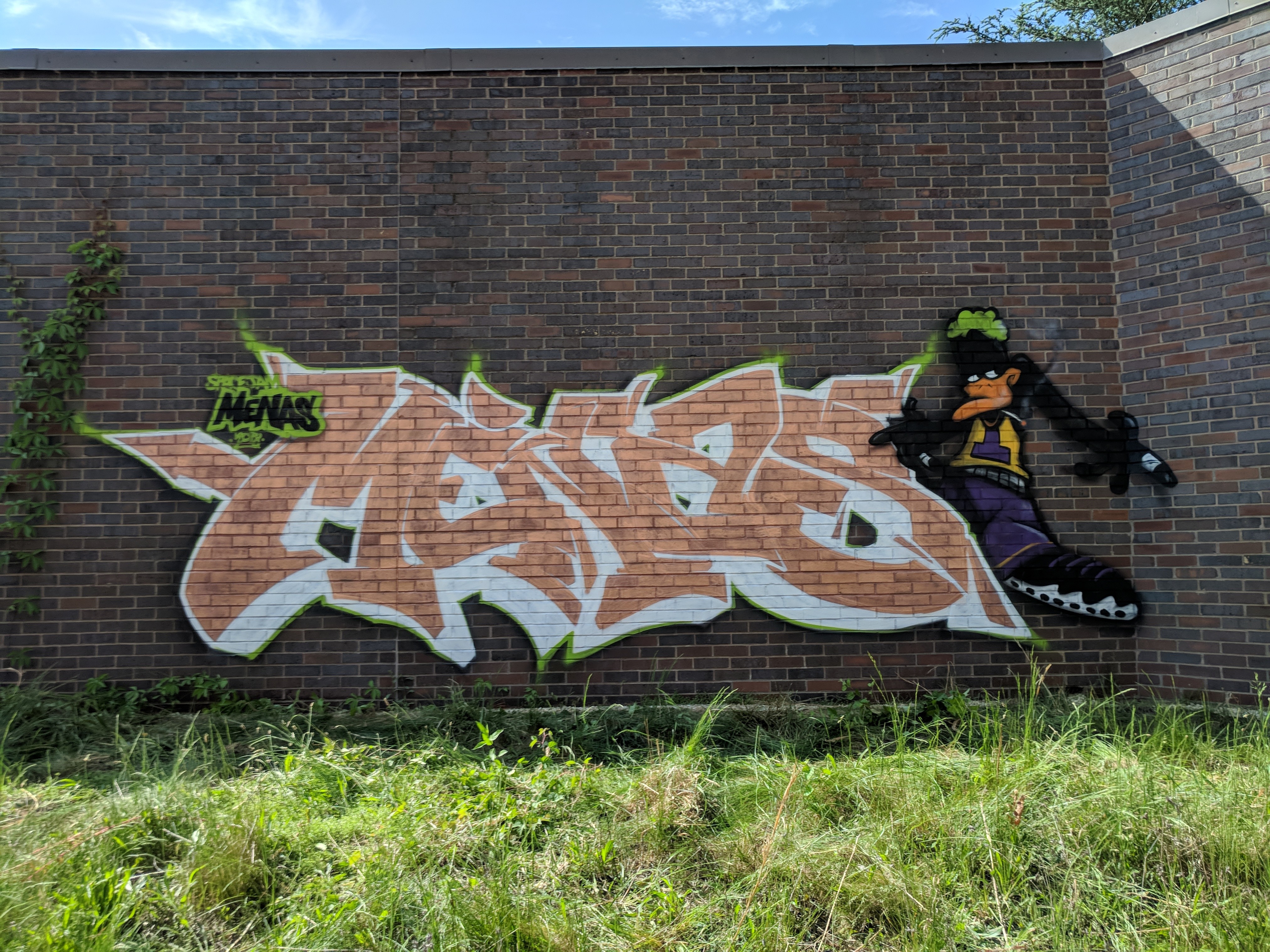 I see you post a lot of artwork from your sketchbooks, how important is the sketchbook to you? Do you still flesh out your ideas ahead of time before hitting the streets or do you freestyle all of your pieces now that you have put in the time?
I still like to sketch an mess around in the blackbook.  Especially if its a paid gig.  But as of the last year or 2 I’ve become better at sketching on the wall.  I get more fluid motions i think.  I haven’t brought a sketch to a wall in a long time. 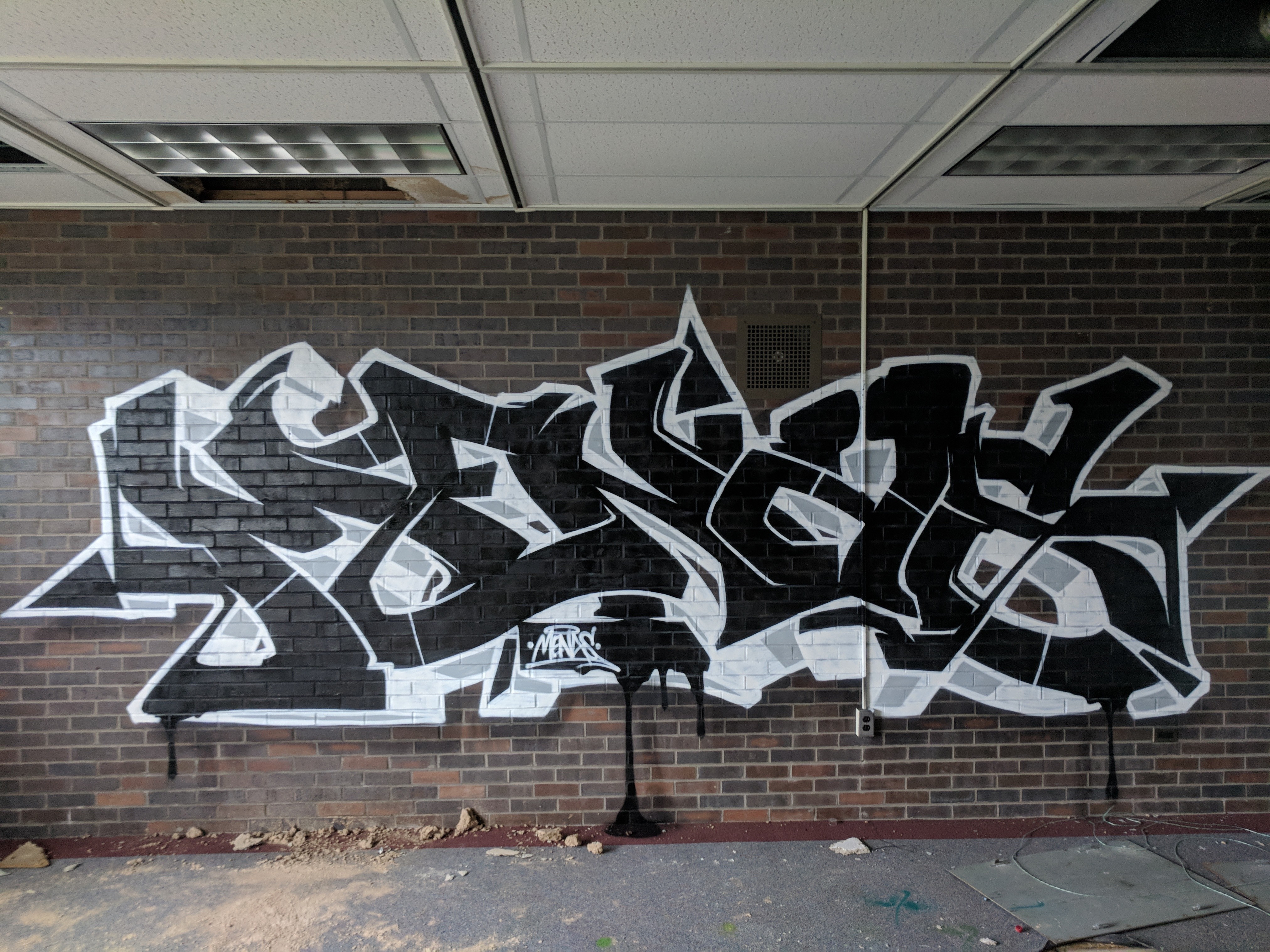 What kind of music do you listen to when you paint? what is inspiring you right now that isn’t in the graffiti world?
I grew up listening to everything from Metallica to biggie to billy joel.  My dad played bass guitar in a band my entire life an my brother plays electric guitar an loves rock an roll.  An growing up playin ball i was always around hip hop an that has stuck with me through my art career.  Im mos def a hip hop head to the fullest.  Right now im fuckin with Westside Gunn, Conway, an Benny HEAVVYYY!! they are bringing that classical boom bap shit back.  Plus they are all about the art culture.  I also bump Curren$y since wayyy back, Styles P an Jadakiss,  Action Bronson, Anderson Paak.. The homie Ren Thomas from Jersey been killinnn it. shout to him!  I could go on all day about hip hop im pretty passionate about it.  Ill just leave it at that lol

When you were coming up who were your biggest inspirations? Who were the guys that inspired you to get into graffiti and what keeps you coming back now?
Its kinda weird because i didnt know any writers growing up.  No one in my area was into it like i was.  i really only knew who writers were from magazines or the internet.  I had that poster of the piece that Saber did in the LA river on my wall since 6th grade.  Seeing dudes like Geser, Kemr, Taste, Rime, Mek and dudes like that made me really want to start working on my letters an my overall style. All of them are still killing it like 10+ years later.  Thats how i want to be!  Ill be doing this till the day i die! 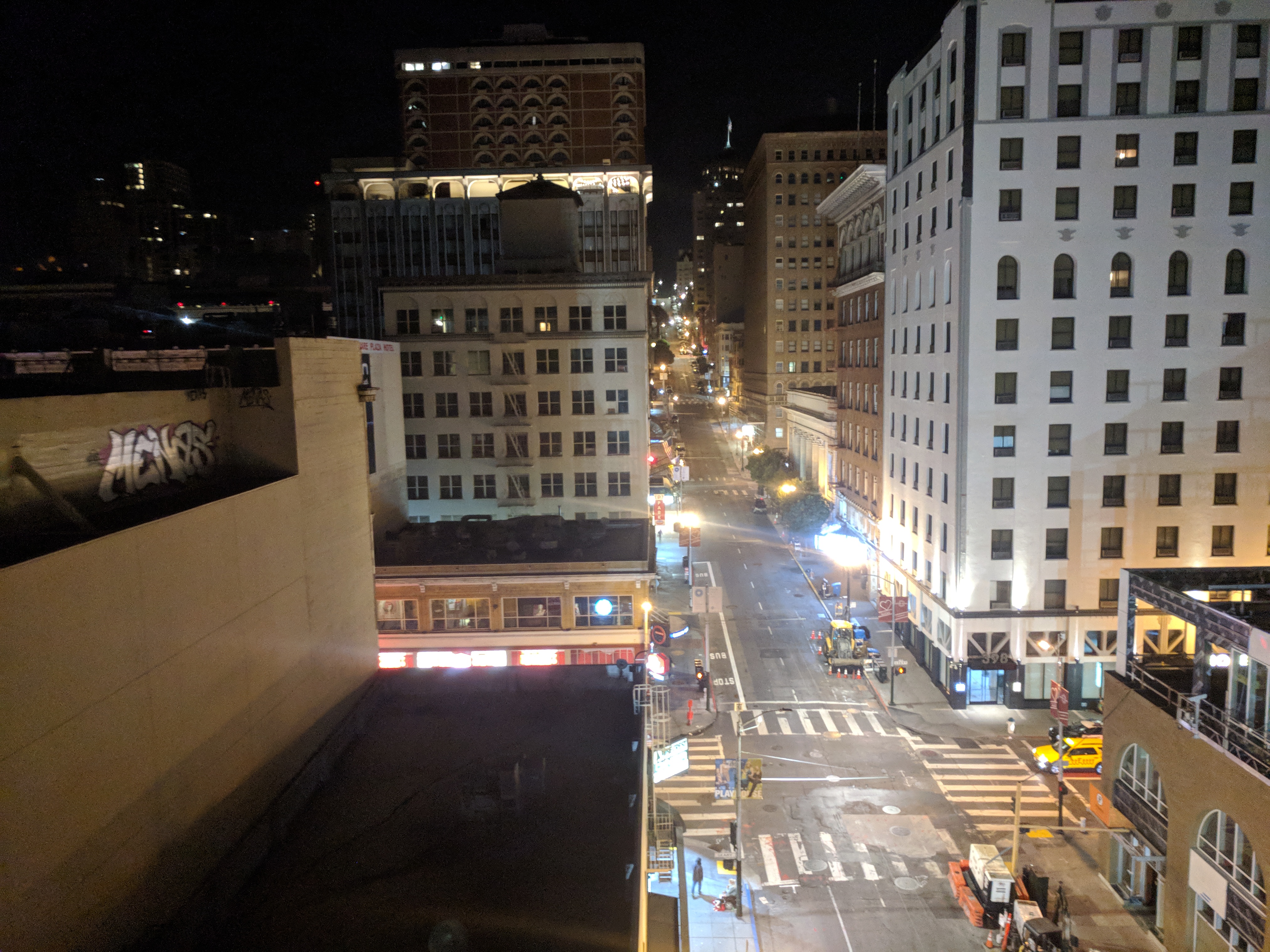 Any crazy travel stories you can share? Where all have you been in the world and where do you currently reside?
Every writer has crazy stories considering the places we go to paint our names on shit… Hmmm .. Well i was recently out in Oakland which is one of the craziest places in the world hahah. The homies from the bay always show mad love.  Anyway Me an my lil homie Cesoh were out in East Oakland catchin some tags an fill an shit at like 2 or 3am.  An there is literally hookers every 20 feet.  Just groups of them yelling at us, complaining about they dont like the paint smell.  These bitches were literally twerkin in the middle of the street lol.  We laughing wit em but still mindin our own business.  Next thing we know we here that loud cop engine sound when they hit the gas, dont act like you dont know!.. then they hit the lights.. WOOP WOOP!! they whip around the corner as we trying to run off.. There were prostitutes literally diving in bushes, takin their heels off an running.  We were about to dip an the cops jus whipped passed us an kept going some were else.  Probably to something much more important then taggers an hooker hahah.  These bitches were dusting them selves off trying to look pretty an shit.  Mean wile we were dyinggg laughing an just went on our way doing our thing.  You will see the craziest shit at 2am in any hood. I promise you!
Any shout outs you would like to give? where can people follow you?
Surprisingly i got a lot of shout outs even though i dont rep any crew…  Shout out to my homie Enem, Losto, Grope, Gors, Muzik, Easy, Keep, Mek, Rain, Reds, Keep, Glitch, Dome, Venom, Mec, Bean, Donor, Guel, Leser, Izzy, Skae, Cesoh, Wyde, Joker, Zaone, Cyst, Trace, Drane, Nerd.. i think that will do it. Thanks for reachin out you guys always show mad love! Much appreciated!
You can follow Menas on Instagram
Interview by Wesley Edwards 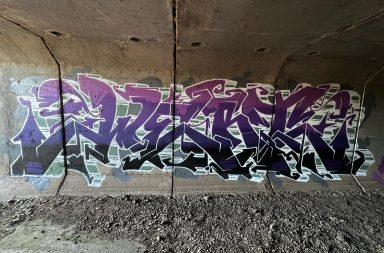 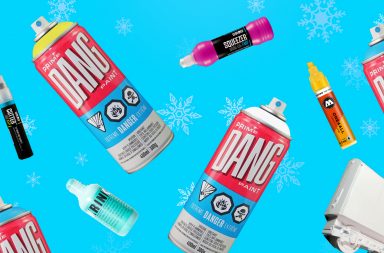 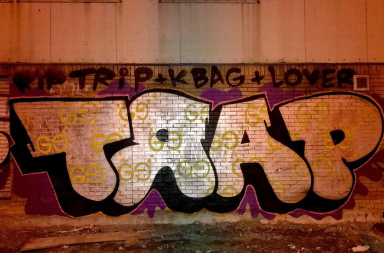