0
SHARES
ShareTweetSubscribe
[wysija_form id="2"]
Bombing Science: Since when the MOS event is presented in Thessaloniki? How many writers have painted in past years to these events?
Live2Store: MOS was first presented in Greece in 2004. Live2store is the official organizer since 2005. About 300 writers painted at MOS in Greece (both local and international writers), in a friendly environment, presenting their own personal style.
BS: How did you become involved in the Meeting Of Styles events?
Live2Store: I met Manuel backing 2003. MOS first appeared in Thessaloniki in 2004 by another promotor but with no suitable standards to represent MOS and the graffiti scene of Thessaloniki. After talking with Manuel, Live2store became the official organizer for MOS 2005.
That year was a point of reference, since about 100 writers, break dancers and two top class bands of Hip Hop scene entertain about 4.500 people. It was one of the most powerful MOS events worldwide. Since then I’m the MOS organizer in Greece.
BS: This year, let us know what to expect of the MOS 2009 in Thessaloniki! (writers, events, location…)
Live2Store: This year will be the most powerful event in Greece. Six different large surfaces of buildings. 70 writers will paint.
Macs and Etnik from Italy, 3Steps from Germany and family from Bulgaria (Esteo, Naste, Erase, Arsek). 60 newskool and oldskool writers from Greece will attend the event celebrate with everyone. This year the concept is about ecology and environment – since earth is suffering big time.
Municipality of Neapoli (area of Thessaloniki) let us decorate with our style and aesthetics two buildings to make this area colourful and pleasant for everyone.
50 artists will display their own works on the 4th of May, at the opening of the MOS gallery – with challenging canvases. (9th of May is the main day that graffiti, street and ramp skateboarding, dj sets and break dancing will blow your mind.
BS: Tell us a little bit about the graffiti scene in Thessaloniki…
Live2Store: I’ve been around writing since 1994 and Live2store exists since 2003. The graffiti scene in Thessaloniki has its ups and downs… It’s like Wall Street, sometimes it’s like BAM, everyone on the streets, but sometimes a few people represent and keep it up constantly. A couple of Oldskool writers keep writing and evolve all the time. They are showing the new generations what graffiti is all about. We lack in quantity but we gain in quality, as the years go by things seems to get better though.
BS: Finally, any last word/message/requests to the people who will come to the MOS 2009 in Thessaloniki this year?
Live2Store:
Writers : give all you got, fill your souls with color.
Guests : have a blast and enjoy all the attractions. 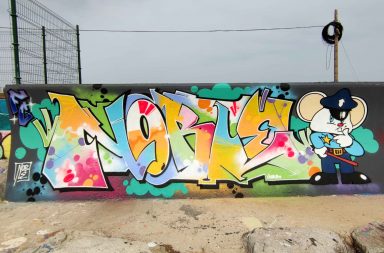 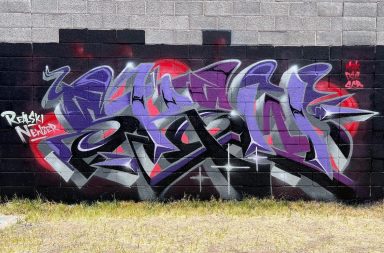 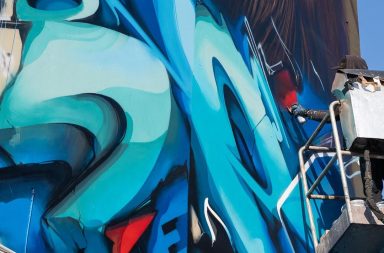