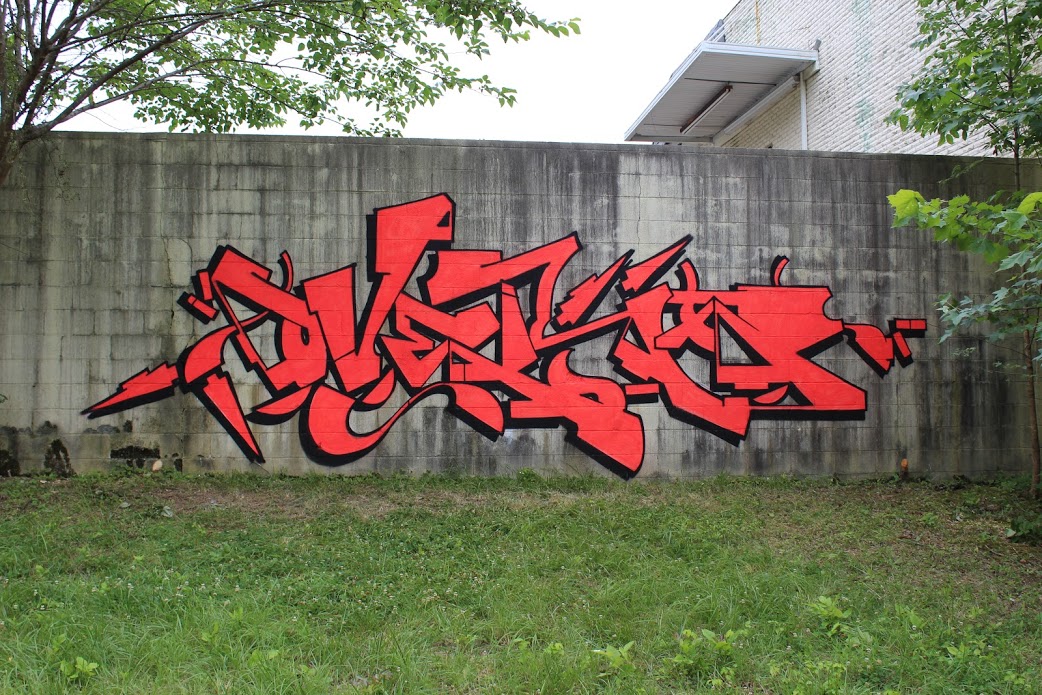 Alright so thanks for taking the time out to do this interview, can you give us a brief introduction to who you are, what your history is in the graffiti game and what crew do you rep? Where did you get the name overt from?

I write OVERT. I don’t rep any serious crews. I have been painting for about 5 years, which is minuscule compared to the time some OG’s have put in. My roots are in North Carolina; born and raised. Thanks for the interview!

When I look at your work I am blown away by how prolific you are in your work,  and after browsing a bit I also noticed that you do a lot of work overseas in Cambodia, Vietnam..etc. Where are you based and how are you able to travel so much? Would you say the travel element of graffiti is what draws you to do it?

I’m trapped in the states as I write this because of the whole covid situation and border closures, but normally I’m based in Saigon. Living and traveling is cheap in Asia once you’re over there and it’s ridiculously easy to find work if you’re a native English speaker. The flight over there is what’s expensive, once you’re in southeast Asia it costs roughly 30 bucks to hop from country to country.  On top of all of that cost of living is ridiculously low so you’re able to work a job save and travel quite a bit. This also applies to places in eastern Europe and South America. I just love Asia so It’s a dream and it beats going to college for some worthless degree. You’ll learn shit real quick once you get out of the states, you don’t have some guidance counselor or teacher to hold your hand. Traveling and lurking hard is the only way you’ll find the best spots.

Since you moved overseas, how do you think people in other parts of the world view graffiti versus the way that America views graffiti? Do they look at it as art or are they very aggressive against anyone trying to paint in public?

Asia is a mixed bag when it comes to graffiti. Japan, Singapore and South Korea are super strict and not a great place to get caught(ie caning/jail). Less developed countries(SEA)  like Indonesia, Thailand, Vietnam, Cambodia, Malaysia are pretty easy to paint (20 usd and a handshake).  Most cities in Asia are bombed out beyond belief so vibes are changing with some of the locals because they have been dealing with it for a while, but also Asian culture is very non-confrontational so you can usually get away with more stuff than you could in the states. Just be smart and do your research before you get locked up abroad.  Most every major city in Asia has active graffiti scenes and communities. Some better than others.

What is your favorite documentary or book that covers the history or major players of graffiti and why? Who is an artist or art resource you’ve discovered since moving overseas that other people should know about?

I was really obsessed with the UTAH/ETHER Probation Vacation series that they had put out. They even still have stuff riding everywhere in Thailand even after being gone for years. In terms of books, a lot of people are doing zines in Asia.  My favorite one is called “GOOD DAY TO PAINT”. It’s a Taiwanese series printed by JERO.

After looking over your extensive body of work I assume you are aiming to do this full time? What do you do for work and what is the ultimate goal with doing your graffiti? You got a lot of skill for being so young!

Side jobs, teaching English, Investments and other hustles. I plan on painting forever, I haven’t been able to find any other dopamine hits that don’t leave me unfulfilled. Graffiti is ultimately a surrogate activity so there is no end in mind only just continuation and forward progression.  Painting the most cutty things possible seems to give me the most reward. I can’t stand legal walls that have 2 inches of paint below them. The majority of spots, even illegal ones will eventually one day get ruined by some toy or the buff. Painting something you know nobody will find except for a few dedicated people who can actually appreciate it is what I’m about. Let the weather destroy it.

When I first started out I was really into LSD Crew with people like GATOR/JAROE and HUNGR. Moving to Asia I was able to link with TONES (from Greece) LIMER, ANSWER, UPAE, and too many to name. But I also realized it’s better to be alone than be with toys, and I don’t mean physical toys I mean mental toys. Graffiti is full of some of the best and worst people you will meet. Learn how to separate the two and realize you aren’t just “homies” because you two both write your nickname on walls. On the matter of inspiration, I’m getting more and more of style influence from non-graffiti outlets, exploring other stuff like Typography and graphic design is where it’s at!

What kind of music do you listen to when you paint? Who are you favorite hip hop artists that you think got overlooked or faded too fast?

I exclusively listen to LOFI HIP HOP MIX- BEATS TO RELAX/STUDY TO.

Joking aside I usually prefer to just listen to the surroundings when I’m painting, But when sketching my go-to is NXXXXXS, DJ Smokey, Souidere, and too many too list. Old Memphis Rap is pretty overlooked because most of these artists such as suicide boys and Ramirez are now sampling from groups like Triple SIX mafia, Project PAT, etc.

For people trying to go down the same road as you what advice do you have for them? Do you have any advice for artists specifically wanting to travel and making travel a big part of their life?

Start saving, financial freedom is super important. Sell all of your shit, you don’t need 98% of things you own. Get travel insurance, shit will go wrong for you eventually. Stop wasting your days chasing dopamine hits and think about your future and your future self.

Any crazy travel stories you can share? Where all have you been in the world and where is the next stop?

Had to get a rabies shot in Thailand and was temporarily paralyzed the next morning from an allergic reaction to the vaccine. Had dengue fever in Malaysia and was trapped in a hostel for 2 weeks. The craziest story was at the Moc Bai Vietnam/Cambodia border crossing. KRINGE, KROME, and I drove 2 hours on shitty motorbikes to paint this abandoned supermarket I had scoped out a while ago. Because of the ongoing meth wars in Cambodia all the 18 wheelers were held up on the entrance to our spot.  Border crossings are always full of corruption, scammers, and people you don’t want to be caught with. So we decided to park our bikes behind the fence and hop it. We get about halfway through our pieces when we hear some voices. We peak over the fence and see about a dozen sketch ass dudes in a group trying to push our bikes away. We jump back over the fence and have a stare-off with them. They were pretty confused but also hostile about why a bunch of foreigners were in this abandoned market so one of them jumped over the fence and saw our shit and immediately started phoning someone. We somehow had managed to get all our shit together and bounced. It was a super close call that could have turned super ugly. They could have killed us and stole our shit and nobody would have been the wiser.