(Interview by A. Mohammad) 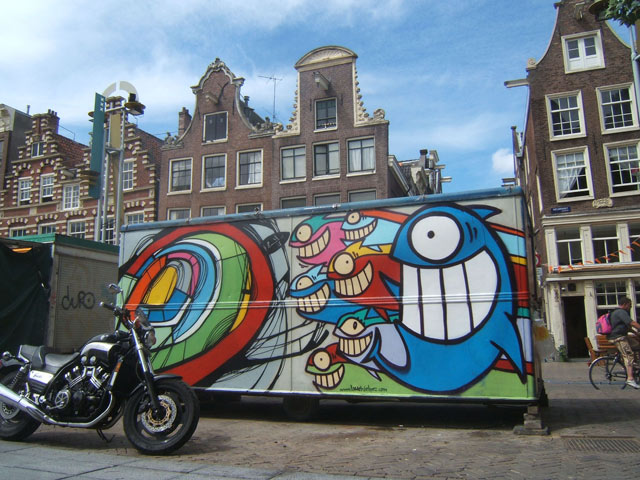 Bombing Science: What do you write? What crews are you down with?

Pez: I write Pez. I was in the ONG, KYT and Los Martinez crew, but now I’m not repping a crew. I paint with everybody, world graffiti community crew!!

BS: Where are you from? When and how did you start?


Pez: Im From Barcelona, I started writing in1999 with some writers from my city. For a couple of years I was looking at the was happening on the walls of my town and started to hit the blackbook at school. Then one day I had the original idea of the fusion of a fish with the letters PEZ.

BS: Why pez? Why do you symbolize your tag with a character instead of letters? What makes you different from all the other writers?

Pez: I’ve had the original idea of mixing my tag and logo. My tag says Pez (fish in Spanish) and it has the shape of a fish. When I found this perfect combination I was psyched. I was hopping it would be different from other writers, because I’ve found the way to mix letters and logo. 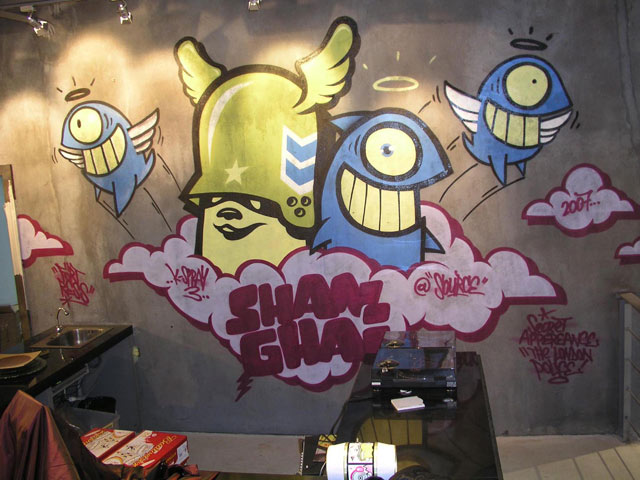 BS: How do you feel about the graffiti scene in Spain? Is it more competitive than Europe? United States?

Pez: I don’t play competitive in the graffiti game, but I hope it is the same everywhere.

BS: What about the graffiti scene in Barcelona, is it competitive? Do you have any disputes with writers or crews like ragging, fights…etc? Or in Spain is the graffiti beef dealt with differently?

Pez: Barcelona graffiti is really easy. There some writers that are more competitive but I don’t care. I had some disputes at the beggining, but i try to respect all the writers, all the time. Beef is for kids and I’m an adult now.

BS: How do you get your paint? And which brand do you prefer?

Pez: I buy Montana Cans original from Barcelona. This is my favorite paint. But i can paint with any other brands too.

BS: What are your favorite things to bomb? For example, trucks, walls, trains…etc.

Pez: I love store shutters and rubbish walls at the center of the city. I like track sides too and the highway spots. I’m looking for places that my pieces will remain for the longest time possible.

BS: Is there any kind of authority pursuing graffiti artists in Spain? If so, have you had any run ins with the law? Any good stories?

Pez: No vandal squad, only the regular police force. I had some problems with police while painting in Barcelona but it wasn’t difficult to get away by telling the police some fake stories like "sorry I’m an art student and i was painting a graffiti against the war…" and sometimes they don’t arrested you… and then you can start painting on the next street corner! But now painting in Barcelona is harder than ever. If they catch you will be fined. And now there’s some undercover cops, but only in the center of the city.

BS: Who has influenced you throughout your graffiti career?

Pez: A lot of writers from Barcelona and some cartoons/comics illustrators.

BS: What are your thoughts about the new generation of graffiti and its new upcoming artists and the future of it?

Pez: I think the new generation is hitting hard. There’s a lot more information on graffiti and better paint than 15 years ago. But it seems too difficult to be original these days… 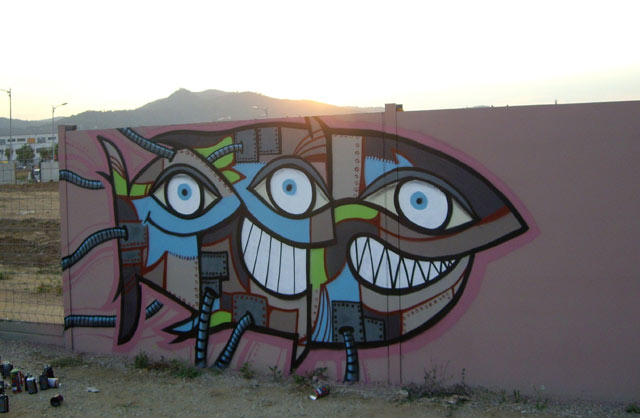 BS: What kind of tactics/strategies do you use when you go out and do your thing? Any advice?

Pez: Some secret tacttcs, jeje! My only advice is try to be wiser than police.

BS: Are you planing a career with graffiti?is so how?

Pez: I’m trying to make a living with my art. Not only with graffiti, but also with design, illustration, art on canvas, teaching…

BS: What influences you in today’s world to go out and paint walls?

BS: Have you bombed anywhere else in Europe or in the world? If yes, how does that make you feel?

Pez: Yes i bombed on Berlin, Amsterdam and Milano, I like this city in Italy they don’t buff and is full of bombing. I was in NYC and I was feeling observed. I was in Bogota and I was feeling like in a Jungle… this city is very dangerous at night but it is easy to paint. I also went to Tokyo and Tapei I was feeling free to bomb everywhere. There are some clubbing areas packed with people, without any police in sight, where you can do wathever you want!

BS: To end the interview do you have any shout outs, last words or anything you like to say to your readers?

Pez: If you want to enjoy good weather, good food, enjoy the sea, good people, good writers,nice girls and parties everyday: come to my city and you will experience the original Barcelona happy style!
Pez, Smiling since 1999. 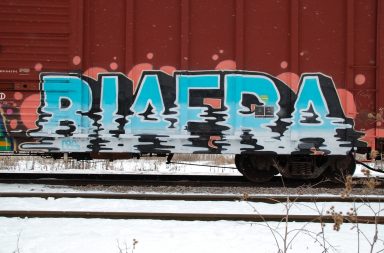 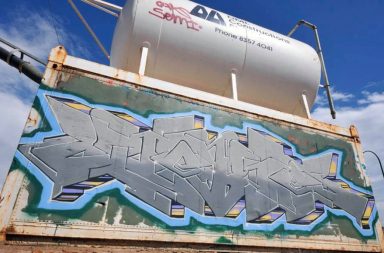 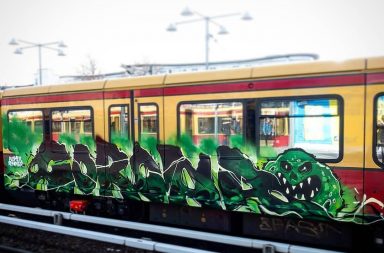