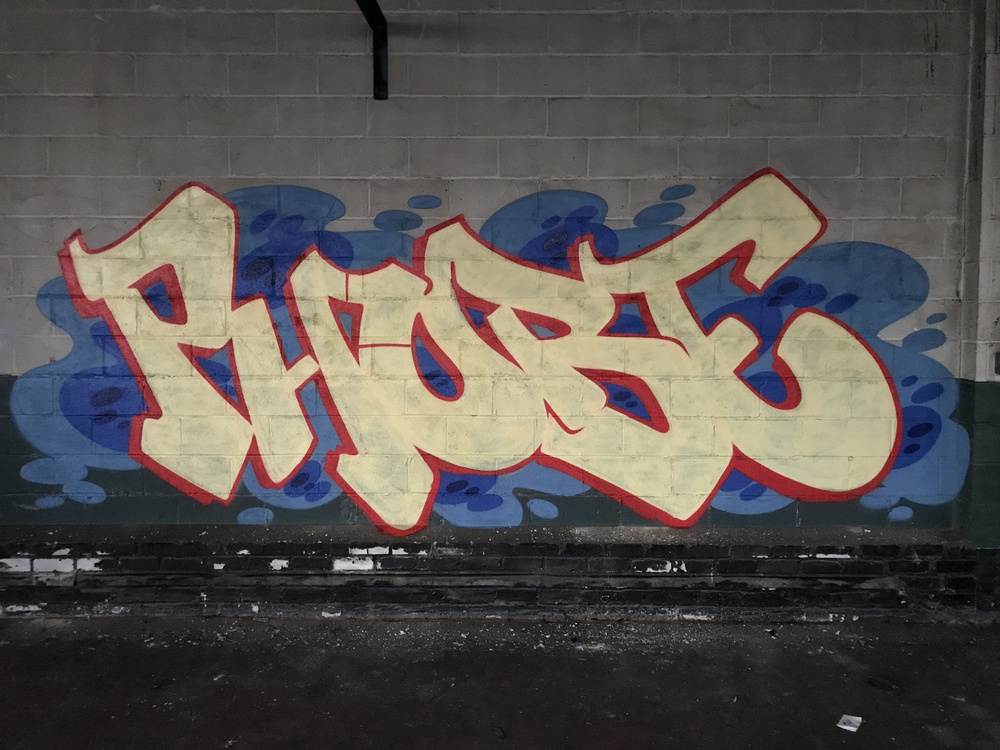 Where based out of?
Started out of East New York, Brooklyn.

How long have you been writing?
I used to draw all the time in my notebook in class back in 9th grade in 1992. One day a friend looked over (Dose ATS) and said “You should try doing graffiti if you’re into drawing”. With that advice, I started off doing marker and spray paint tags around the neighborhood trying to learn hand styles and the graffiti basics from a few friends.
Shortly after getting into bombing, my boys from DYM crew (Taboo, Tenz, and Host18) ushered me into the next level of painting. They inspired me and exposed me to piecing, burners, and wild styles around ‘94. It left a lasting impression.

Influences?
I remember sneaking into Tilden HS handball court yard back in the early 90s. It was amazing to see the level of feats of imagination artists were doing with spray paint. When I got my hands on graffiti magazines like On the Go, Flashbacks, 12oz Prophet along with the original Video Graff tapes, it was all mind blowing! But Most of all, when I read that Dondi Book, that’s what did it for me! I was like ‘I got to get in on this!!’, Lol.

On top of the traditional graffiti art exposure, there were other influences. Chuck Jones along with other silver age cartoon animation artist influenced my character design. The art of exaggeration of people and animals while still being completely recognizable, amazed me.

Even music plays a role in the inspiration. Many of MF Doom albums I rocked out to when painting/drawing.

Writers who style you like/admire?
There are tons of talented writers out there now like for example Tones EDK and Zeso WF.
The Cats that been doing it for years, old school originators. Their styles and techniques are still relevant to this day. Undoubtedly, they have paved the way.
Some (not all! Lol) of the newer generation of graffiti artist are pushing the envelope on letter structure, character style, and design. They’re even taking bigger risks in the illegal aspect.

My style?
I tend to stay with a simple, but stylish letter structure. I like to do letters with slight ‘isms, connections, and pull-offs. To me, the base structure of your letters gotta be strong. The placement of each letter, their size, and weight has got to be right. Every detail matters for the end result. (although there are no rules to style, this is just my preference).
I try to never run the same outline more than once. I want when someone comes across a PHOBES piece, it’s not like anything they may have seen prior.
I almost always incorporate a character. They are fun to paint and they always compliment the piece.
To me, the most astonishing part of graffiti is the walls where they come together and do pieces with characters and background scenery.
This is the approach I take with my graffiti.

In general ….
So basically, I go to have fun out there. There has to a be certain level of enjoyment in going out and taking risks at night or spending the entire day painting a huge wall. I’ve had to take a break here and there throughout the years because of what was going on in life, but I have always found my way back. I am passionate about graffiti, and have been ever since that first tag I put up on a B6 bus-stop in Canarsie Brooklyn 28 years ago. And, if someone comes across anything I have ever done and they were impressed, then all the better. 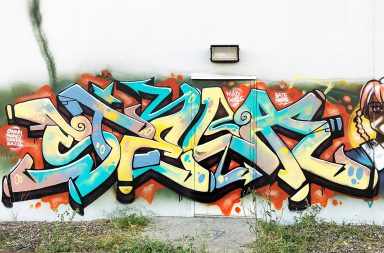 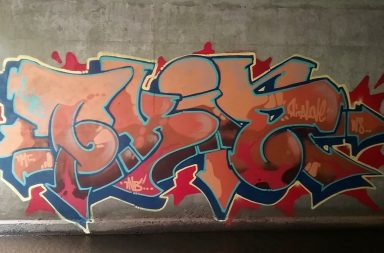 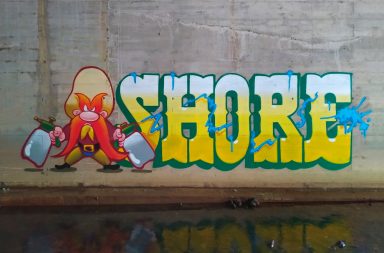