Bombing Science: Where did you grow up?

Aerosol Kids: I grew up in Antwerp, Belgium.

Aerosol Kids: The scene used to be amazing, lots of good writers with the craziest styles. People from all over the world came by to paint and enjoy the diversity of styles. Now there are too many new kids on the block looking up to the wrong people, toy style is the new hype right now… damn kids taggin’ cars, statues, churches, burners!!  There’s no respect for people with heavy styles. It is a shame, but there will allways be people who want to keep the level high and try to inspire the kid to make something worth looking at.

BS: How would you compare the scene in Belgium to that in America?

Aerosol Kids: I think the scene here is less aggressive then in America; there’s no gang graffiti or areas that are dangerous to paint cause of territorial reasons. Some crews try to own train yards but in the end they are little bitches. 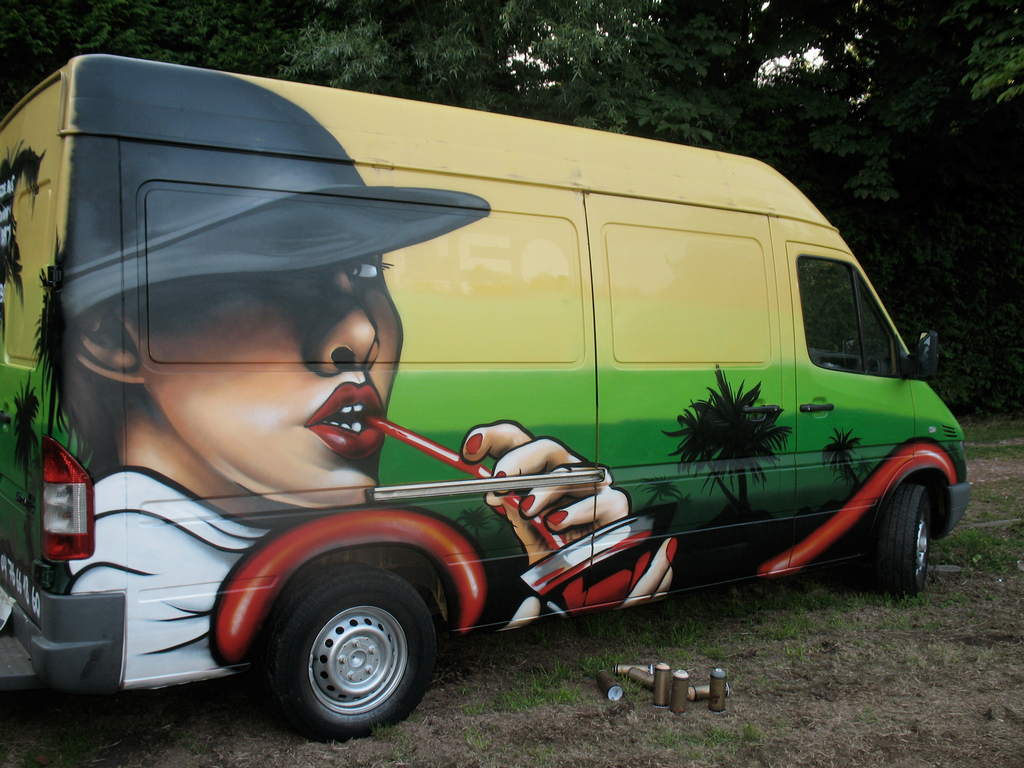 BS: Who were your major influences and what really gave you the drive to get to
where you are today?

Aerosol Kids: I was always influenced by the seventh letter crew, maccrew, fx, but my biggest influence has always been my father. He’s a painter and one of the most well known artists in my country; not because he’s the best, but because he’s always looking for different ways to approach an image. Most painters choose for oil on canvas or some formula that they reapeat till it gets so boring you lose interest in it. My father told me a painting is just a medium on a surface and by thinking like this you open a whole new world to discover; it’s a way to learn more about yourself and the world around you. It even made me do things I never thought were possible.

BS:  Where do you draw your inspiration from?

Aerosol Kids: I get alot of my inspiration off other cultures. In my country we speak three languages and above that we have a big mix of different cultures all in one city. I learned alot about calligraphy of the arabic letters. Some of my homies are tattooing and that was also big influence in the last two years; that changed my work. Now I often do more figurative works and try to create my own style with characters and off course mix this with my letters..

BS:  How did you develop and create your mark?

Aerosol Kids: I created my own mark by always looking for new ways of defining my letters. I don’t like reproducing the same piece over and over again. If I paint the same piece twice I get bored. This way people never know what you’re gonna come up with next time. I just try to keep it interesting for myself and the
people watching my work.

BS:  Are there any artists outside of your own realm that you admire? Ones in it?

Aerosol Kids: Most writers I admire are from outside my own realm, ha ha ha. Seventh letter is my all-time favorite crew!

BS:  What is your overall message? Is there something particular you’re trying to convey?

Aerosol Kids: Just be yourself and try to be the best you can be. I hope I can influence beginning writers to create a style that goes further than just taggin’ and bombin’. Sure it’s fun to do, I won’t deny that, ha ha ha.

BS:  Political, social, or aesthetic, which direction is your work focused in, and if it’s all or a few, why?

Aerosol Kids: My work doesn’t have political meaning; it’s just aesthetic. I try to make
things better than they were before me. 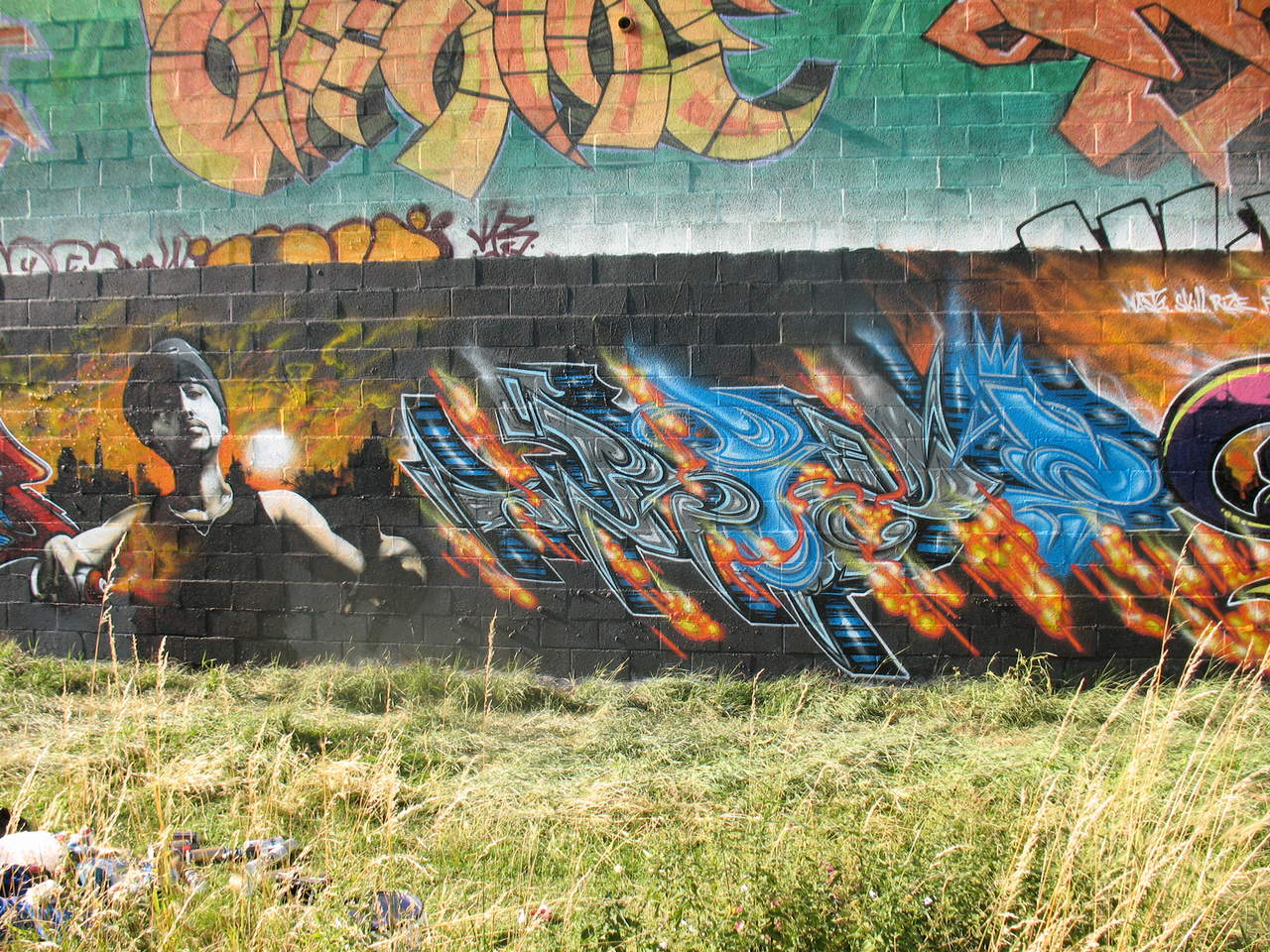 BS:  Do you see a tarnished graffiti world given the recent commercialization of it in the last 10 or so years?

Aerosol Kids: Yeah, because of that too many people get into graffiti who really should not. They don’t have the heart; it’s just destruction. They even cross out old-school legends without even realizing what they just did. There are too many to kick all of their sorry asses. But in a way I’m also part of the commercialization because I am a graphic designer and my graffiti skills come in handy with this. Now it’s everywhere; in advertising,  t-shirts, video games… it’s all over the place.

BS:  How do you stay unique and stay true to yourself as an artist?

Aerosol Kids: By always thinking one step ahead. I don’t tell my future plans about what I’m gonna paint. I sketch everyday like 4 or 5 hours; write down lots of new concepts. I don’t paint as often as I used to; I guess I’m more focussed now. When we make a production, I get more out of it when it’s all planned
out.

BS:  Walk me through your creative process before doing a piece.

Aerosol Kids: Create concept, get good references if needed, sketch it out, look for the
best possible spot and make it burn! 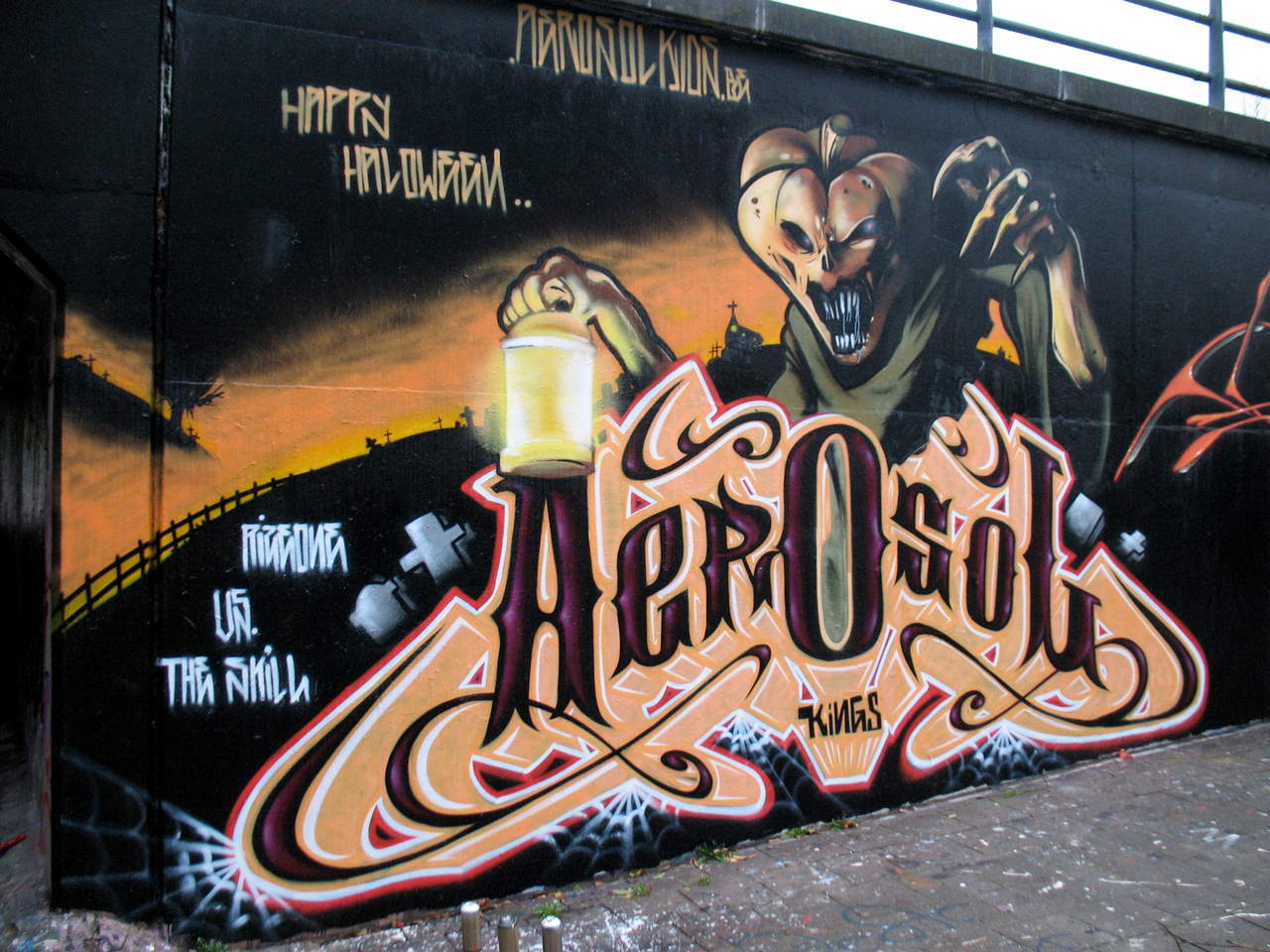 BS:  Do you enjoy what you do, after all these years?

BS:  Where do you see graffiti in the next 5 years?

BS:  Where do you see yourself in the next 5 years?

BS:  What sort of upcoming projects do you have in the works? Anything happening right now? 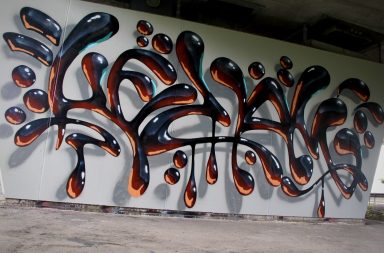 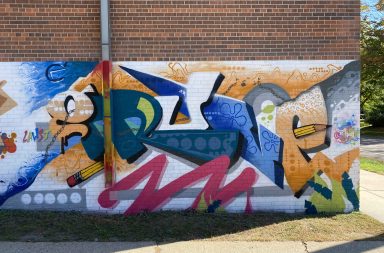 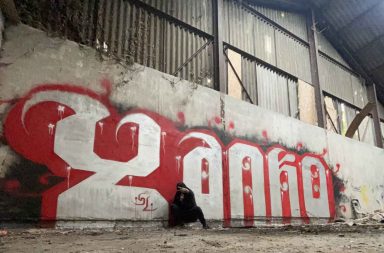