Interview from Bizarre Beyond Belief  Issue #16

BBB: When was your first interaction with graffiti and what fascinated you enough to paint?
SOTEN: Not really sure! I remember seeing a friend doing it and grabbing a marker myself. From there everything went crazy and somehow I ended up where I am now. It all seems like yesterday, but such a long time ago at the same time. Let’s just say it was love at first tag, ha ha ha!

BBB: What was the graffiti landscape like when you first began to write graffiti?
SOTEN: Graffiti was way more spread out when I started and not only limited to Copenhagen. You would have a lot going on in the other bigger cities like Denmark and their suburbs. You could spend so much time on exploring what was going on by biking and taking the train around to various cities. Today most of the active writers (including myself)  in the country moved to (and stay in or around) Copenhagen. Leaving most of the other bigger cities empty compared to how it used to be. Only a handful of people outside are still putting in work.
BBB: As a writer who’s been active for many years, how has the graffiti culture transformed since you began painting?

SOTEN: Back in the day, the info and availability of spray etc. was much smaller than than it is today, so the young generation have a big advantage compared to back then because everything you want is right in front of you and easily accessible via the internet, with hundreds of books and magazines around. On the other hand, today the competition is so crazy and the amount of people in the culture who do there thing every damn day 24/7 year after year is growing for every second that goes. You can be the craziest train bomber with thousands of trains and systems under your belt and the only people that will know your name is the police chasing you. You can be painting the illest, baddest and biggest burners for years and ultimately be the king of your city, but worldwide just another one in the crowd. So I guess you can kind of say that a lot of things have changed over the years and then again it’s really all the same. I’m sure it all adds up, but in the end the whole thing is still about painting what ever you feel like!

BBB: Can you describe one of the most intense and nerve racking spots you’ve ever painted?
SOTEN: I helped out Brus and Smug once with painting a big mural in Sofia/ Bulgaria on a old fucking lift from before the 2nd world war in really bad shape, it made so many strange noises and I remember that I more than once thought it would brake and I would fall down and die, ha ha ha!

BBB: As a writer gaining gallery success, what were the obstacles in transitioning to the fine-art realm from the streets?
SOTEN: I haven’t really gained the major gallery success you are talking about yet, since I’m more in the beginning of exploring the whole world of art than being an established fine-artist. But to be honest, it opened my eyes to whole new universe that I not only find interesting but also challenging to myself and the work I do both interior and exterior.
BBB: The streets and canvases differ immensely in scale, how do you approach the different mediums?
SOTEN:  Very much! But I think that the biggest difference is in how you communicate on the different mediums. In the streets you more or less always have the urban environment to support what you do in terms of texture and size of the surface, and of course, surroundings.  A piece of artwork is more likely to hang on white wall with no support and the viewer will probably be examining it from a very close distance, so I tend to be more careful and putting way more thought in every movement and detail.

BBB: With a style that can use extensive colour combinations to simple ones, how important is lettering to you in your practice?
SOTEN:  The letters is the base of my paintings but not the alpha and omega, but it used to be. Today I could do numbers or even just shapes if I wanted, the letters are more a tradition than a necessity. I believe that the main ingredients to my works is swing, movement and balance as number one and then the colours as number two, no matter if I do artwork in the streets or on a canvas for example.
BBB: Do you feel some graffiti artists may hide behind technical abilities and colour schemes to mask poor letter styles?
SOTEN: Some artists are hiding behind a lot of different things, but that’s their business, not mine. I concentrate on the people that I got love for.

BBB: As a well traveled graffiti artist, what city or cities are your favourite to paint in and why?
SOTEN: To me the whole traveling thing is about love to the many different countries, cities, cultures and people around the world. So I don’t have any favourites every place offer its own magic! If I had one favourite city to live and and paint I would just have moved and stayed there! To travel as much as I’ve been doing over the last 7-8 years is a big privilege and I feel blessed that life has given me the opportunity to use the whole world as my playground. I love waking up one day in Italy, doing a nice collabo with my brother Brus on the FS in Rome and eating pastry after the victory, or joining my partners in the south for some of the best pizza on the planet and then dancing with the Cumana in the moonlight. The next day in Berlin, joining Dejoe during the day to hit a club and some rap-sprays, continuing in to the night with Blok aka “the Boss”  aka “the Machine” for a döner and a walk with the rainbow bag in the tunnels. Also adventures on Tahiti and in Lima, Dresden and Amsterdam painting murals with Sofles, my trusty travel partner Tiws and lot of other good people shouldn’t be forgot.
BBB: How would you say these compare and contrast to your native Copenhagen?
SOTEN: Every place I go is a contrast to the next because of things like culture, tradition, attitude etc. sometimes you don’t have to travel more than from one big city to the other in the same country to see the big changes. Copenhagen has been my home for the last 15 years and probably for that reason it kind of lost its magic. So I’m probably the wrong person to ask about my own city.

BombingScience wants to thank Bizarre Beyond Belief as well as Soten for sharing this interview with us for you to enjoy!! 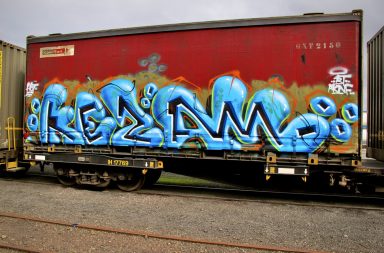 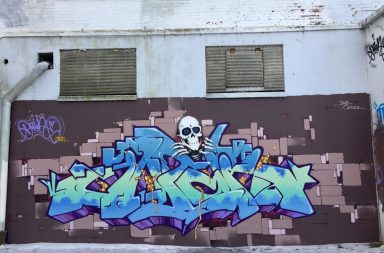 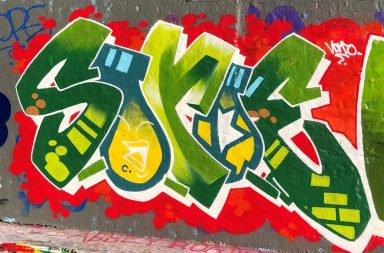